Switzerland’s programme for pension fund reform is back on the agenda following the strong showing by the centre right in the recent federal elections, writes Barbara Ottawa

• Power shifted to the centre-right parties in the recent federal elections.
• The AV2020 retirement reform package is once again up for debate.
• Time is tight as a referendum is needed on any decisions that involve the use of proceeds from VAT.
• The employers’ association proposal to speed up increases in the retirement age could scupper the referendum.

“It is too early to really be able to say how the outcome of the election will influence the debate on the AV2020 retirement reform package,” says Christoph Ryter, president of the Swiss Pensionskassen association Asip.

The Swiss federal elections in October brought a significant shift to the conservative SVP and FDP parties. Together with the new MPs starting work in the December session of the larger chamber, the Nationalrat, the parliamentary commission on social security and health questions also has to be re-appointed.

The commission will then hold talks with pension stakeholders to discuss the proposed Altersvorsorge 2020 (AV2020) retirement reform package. This important project presented by interior minister Alain Berset from the centre-left SP aims to reform both the first and the second pillar systems.

One proposal is to change the funding of the first-pillar fund AHV and to cut the minimum conversion rate (Umwandlungssatz) in the second pillar used to calculate pension payouts from accrued assets. Berset’s package was amended by the upper chamber of the Swiss parliament, the Ständerat, just before the general election.

“The chances of the reform package passing successfully have not increased with the election result,” says Jérome Cosandey, researcher at the Swiss think tank Avenir Suisse. “Compromises have become more difficult to achieve.” 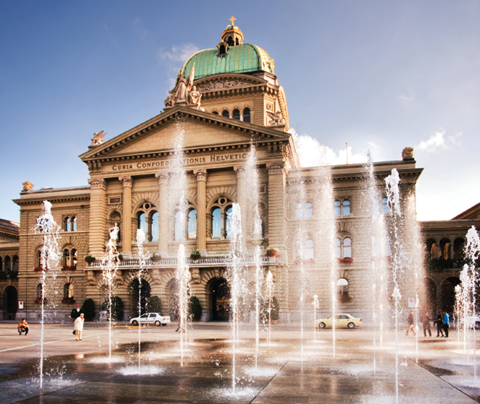 He points out that the new MPs are more likely to increase the retirement age. This is confirmed by a survey the Swiss daily Berner Zeitung held of new MPs. Just over half said they would definitely or likely agree to a hike in the retirement age to 67 for both men and women.

Overall, Cosandey says the reform package will probably be discussed by the parliamentary commission in January. “One year ago, there were many voices requesting the government to rewrite a whole new proposal, but today I believe the parliament will ‘only’ adjust the current proposal,” he says.

Ryter expects that the general hike of CHF70 (€64) a month in the first pillar, as introduced to the reform package by the Ständerat, will be put up for debate again. This additional payment had been proposed to compensate people for the pending cut in the conversion rate.

Cosandey of Avenir Suisse has criticised this move as insufficient. He has argued that an immediate increase in the first-pillar AHV would help the wrong people, as less than 15% of those eligible for a pension would be affected by a cut in the conversion rate.

Some of the remainder falls under the transition clause for over 50-year-olds once the reform takes effect. Others are in a Pensionskasse, which can already apply a conversion rate below the proposed cut to 6% because of additional payments by employers and employees.

Another group for which the conversion rate is irrelevant is the 34% taking out a lump-sum payment from their Pensionskasse, rather than a life-long pension.

Cosandey says he has seldom received as much feedback from the industry on one of his articles. “They were happy that someone finally laid out the facts on the impact of a generalised hike in the AHV pension,” he says. “But the message still has to seep through to the politicians and the new people in the commission”.

He says many people think the Ständerat’s proposal is a well-rounded compromise but they “failed to see what happens once you correct these generalised assumptions”.

It is to be expected that the Nationalrat will introduce changes to the reform package which the Ständerat might not agree to. But both chambers have to come to a final, cleaned-up draft before the end of 2016 as time is limited.

In 2017, interim financial aid for the invalidity fund (IV), which is part of the AHV and is slowly improving its funding, will run out. Some 30bps out of these 40bps from sales tax, which have so far been transferred to the invalidity fund IV, could then be used for the AHV, which itself needs more sustainable financing.

However, the Swiss people will have to decide on this step in a referendum, as all main political decisions, including changes to taxation, have to be decided by the electorate. The referendum would have to take place in May 2017 in order for the new use of the sales tax revenue to take effect from 2018.

“One has to be very optimistic to see this tight schedule working out,” says Ryter. But Cosandey adds this might just provide the pressure politicians need for the reform. “Once the deadline is passed they might lack the incentive to come to a solution any time soon.”

However, Ryter points out that new conservative MPs have “an interest in reforming the second pillar, in lowering the conversion rate in order to minimise the cross-financing from active members to retirees”. 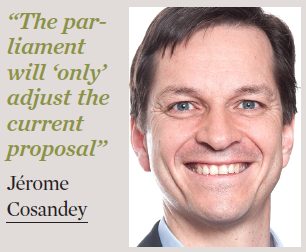 The expected discussions on the reform package also re-open opportunities for stakeholders to have more of their demands satisfied.

For Asip, the amendments made by the Ständerat, such as thinning out complex new regulations and exemptions, was “a very good thing”. And although Ryter sees room for improvement, he says the proposal is headed in the right direction.

According to Ryter, the fact that the so-called ‘Koordinationsabzug’ – the amount used to reduce contributions to Pensionskassen based on contributions already paid into the first pillar – was only reduced, not completely scrapped as initially suggested by the social ministry, rendered the “increase in costs for companies and employees more bearable”.

One obstacle the Asip anticipates to a successful referendum on the reform package is a proposal by the Arbeitgeberverband (the employers’ association) that might be re-introduced under the new parliament – employers want the retirement age to be automatically increased as soon as the AHV financing falls below a certain threshold.

Asip agrees that such a mechanism might be useful and that a hike in the statutory retirement age is necessary long term.

However, Ryter says it might be “better to have a successful reform package now” and then think about this next step later. “It is likely that, for example in 2030, people will be more aware of the problems in the AHV financing and will accept an increase to the retirement age more readily,” he says.

So far a lack of funds in the AHV has been levelled out by an increase to the sales tax. And the statutory retirement age will be raised for women from 64 to 65 to equal that of men in the AV2020 reform package.

Overall, most stakeholders are optimistic that the reform package will not be broken into individual parts, as the new MPs simply do not have the time to examine every single detail of the 153-page proposal.