Pension funds should be given access to loans from the European Central Bank (ECB), for example in case they cannot meet their collateral obligations for central clearing, the head of fixed income at €238bn Dutch asset manager PGGM has argued.

During a panel discussion at a Dutch CFA Society conference in Amsterdam last week, Ido de Geus said that liquidity risk in the financial system had shifted from banks to pension funds since the financial crisis.

Banks need to keep more liquidity and can, in case of a serious shortfall, request additional cash through the ECB’s Emergency Liquidity Assistance.

Such a facility does not exist for pension funds, whereas soon they must have much more liquidity available for central clearing of interest swaps, noted De Geus, who represents the Dutch pensions sector in a European Commission-facilitated expert group of central clearing parties, clearing members, supervisors, pension funds and policy makers.

Earlier this year, the European Parliament and EU member states reached an agreement on extending pension schemes’ exemption from an obligation to centrally clear derivatives. This meant that large pension schemes would be exempt from the requirement for another two years, with the possibility of two one-year extensions.

The expert group De Geus is a member of is seeking solutions to tackle expected problems when the exemption expires. 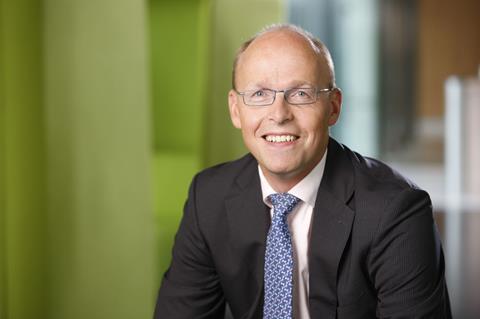 “If the financial markets are stressed, there is a possibility that schemes can’t access the required amount of cash”

If interest rates start to rise again, pension funds would have to deposit cash at central clearing houses, such as LCH and Eurex.

According to PGGM’s De Geus, a rates rise of 10 basis points would require pension funds to transfer dozens of billions of euros within a day.

“Pension funds always depend on other parties to make cash available,” he said. “If the financial markets are stressed, there is a possibility that schemes can’t access the required amount of cash.

“If a large pension fund can’t fulfil its obligations, the market might also close to other schemes.”

In De Geus’ opinion, this kind of contagion risk could be avoided by giving pension funds access to ECB liquidity, which would give them some breathing room to meet their obligations. He added that access to loans could be through central clearing parties.

According to De Geus, the ECB has agreed to discussions about the matter after years of lobbying.

He suggested that the issue could also be addressed through, for example, the Dutch bank for local authorities (BNG), or a new bank for Dutch pension funds, financed by the largest Dutch institutions.

Klerkx said he wondered whether a Dutch lobby would work without the support of large countries like Germany and France, “as Dutch schemes were ‘on a kind of island’ within Europe”.

Vincent Schagen, principal treasury manager at the €29bn ING Pensioenfonds, emphasised that getting access to the ECB’s emergency liquidity facility would require a “proper treasury policy”.

“This means, for example, that a pension fund must have a balanced spread of their liquidities, has a risk management policy in place for counterparties and has a step-by-step plan for freeing up cash as well,” he explained.

In his opinion, treasury policy at several schemes could be improved.

Separately, APG, the asset manager for the €459bn civil service scheme ABP, told IPE it was on the same wavelength as PGGM.

Hans Copini, head of fixed income at MN, another large asset manager approached for comment, said it also supported pension funds being given access to ECB emergency loans for liquidity.

However, he noted that stressed financial markets would likely push interest rates further down, argued that this would be beneficial to swap positions, which would generate liquidity.