Age-dependent pension accrual will be expensive, complex and difficult to explain to members, according to one of the Netherlands’ largest corporate pension schemes.

Mike Pernot, director of pensions at the €19.4bn Dutch pension fund of electronics giant Philips, said his fund didn’t need degressive pensions accrual as decided by the government as part of its new pension contract.

In addition, degressive accrual was impossible to explain to participants and would be very difficult to process in the scheme’s administration system, he added.

According to Pernot, his objections were shared by many other large companies.

The Dutch government has already decided that average pensions accrual must be replaced by degressive accrual, as it was fairer to all generations of participants.

However, it is still far from clear how older workers will be compensated, as a number of them stood to be negatively affected by the transition. Estimates of the transition costs vary between €25bn and €100bn, depending on the degree of compensation. 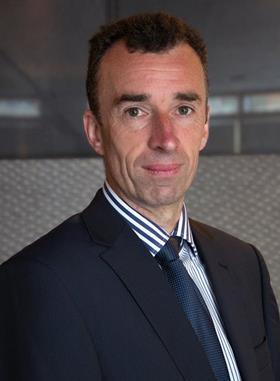 “We estimate that in our case, compensation would amount to €600m, or 250% of the annual contribution, and we don’t expect that the employer would pay for this,” said Pernot.

He added that age discrimination wasn’t an issue at Philips, as employees contributed a maximum of 2% of their pensionable salary to their pension.

Indexation chances could be increased by lowering the current funding threshold of 110%, and solidarity between the generations could be improved through an age-dependent indexation favouring younger workers, suggested Pernot.

He said that most problems that must be solved by a new pensions system didn’t apply to the Philips Pensioenfonds.

In his opinion, it was more important to convince younger workers that there would be still sufficient pension assets when they retire, and to also accommodate foreign employees “who currently can’t transfer their pensions abroad because of the strict Dutch rules”.

At the PwC lecture, Bastiaan Starink, tax expert at PwC and Tilburg University, proposed the introduction of a progressive contribution rather than degressive pensions accrual, arguing that this would be much easier and cheaper to introduce.

Referring to the cabinet’s rejection of this option, he said he had seen little foundation for the decision.

“A large number of companies with DC plans are using a progressive premium, and I’ve never heard that these firms were hiring fewer older workers because they were too expensive,” Starink said.

Lilian van Duijnhoven, director at PwC, said that the implementation of degressive pensions accrual could cause problems to IT systems because of its complexity.

“Systems have to be able to cope with different accrual percentages which would also change over time,” she said.

She argued that saving little towards a pension in the last year ahead of retirement under a degressive accrual method would decrease the incentive for older employees to continue working.

“It is an opaque way of redistribution between the generations that hampers reforms,” said Gisella van Vollenhoven, supervisory director for pension funds.

“Another problem is that the average system only works as long as new participants join. However, the influx is decreasing as a consequence of population ageing.”