Diversity as a route to “collective intelligence” was one of the key ideas presented at the 2017 investment conference of the UK pensions trade body, the Pensions and Lifetime Savings Association, held in Edinburgh last week.

There was talk of gender and investment diversity, but also a reframing of the issue as “cognitive diversity”.

Several keynote speakers and panellists shared their thoughts over the course of the conference.

Lesley Williams, chair of the PLSA, delivering the opening address at the conference:

“If we all mix with people of the same background, who like the same things, have similar political views and who look the same, then we will work and socialise with self-regarding groups whose biases are confirmed by one another.

“There’s been plenty written about how ‘group think’ and a refusal to contemplate the perspectives of other people has led to financial crisis, and even war and atrocity. We are not the rational beings that we like to think we are. If we are to build sensitivity to different perspectives and an appreciation for what they bring we need to seek out diversity.”

And on the closing day of the conference: 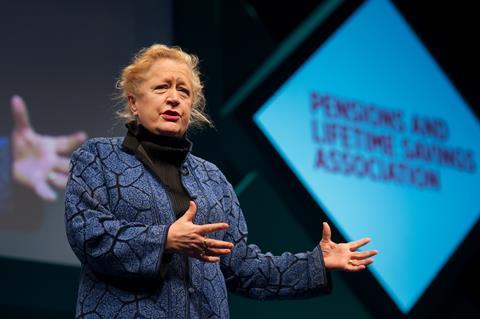 “One of the criticisms thrown at me has been that I might be in danger of excluding male perspectives. That isn’t what I want to do at all.

“I will conclude by saying we are 25 years behind the curve – thank you to whoever said that – but we’re there now, we’re starting.”

Gillian Tett, US managing editor at the Financial Times and a keynote speaker:

“The one thing we know is that we don’t just need to hedge our portfolios in asset classes but also with perspectives. In a fragmented world, one of the best ways to join up the dots is to make sure you have different perspectives from different pools of the world. Diversity of perspectives, of opinions, is really important. It’s hard to get but more important than ever.”

“I think it’s really tremendous that this conference has put diversity as its headline topic because it signals that at last, maybe, we are finally moving beyond the notion that this is about political correctness and we are embracing the idea that collective intelligence is about harnessing multiple kinds of thinking, attitudes, experience, ways of tackling problems – and that’s what you need for really robust decision-making.”

Lesley Titcomb, chief executive of The Pensions Regulator, speaking on a panel about diversity:

“I used to be one of those people who never filled out diversity questionnaires, because to my mind I would succeed on my own merits, people would judge me by the quality of the work and the quality of my leadership. Over the years I became persuaded that being a leader in an organisation you have to show the way and one of the ways you showed the way was by contributing to things like diversity questionnaires so you could get accurate data. What I would say to leaders in organisations, chairs of trustees, is ‘get the data’… It is hugely valuable and it helps you deal with the sceptics.”

On that same panel, Chris Hitchen, chief executive at RPMI, the in-house investment manager for the UK’s £25bn (€29bn) Railways Pension Scheme, gives an example of what RPMI is doing about diversity

Chair of a trustee board, speaking from the audience after the diversity panel on the closing day of the conference: 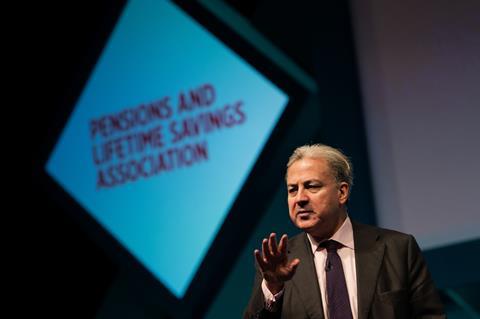 “When we last did our trustee elections we took the names off the CVs when we sent them round to the members to vote on candidate A, candidate B, candidate C etc… We had quite a significant backlash from members about that, formal complaints about it because people wanted to know whether candidates were male or female, because they wanted to vote for men or they wanted to vote for females, which was exactly the reason why we didn’t [name candidates]. It was interesting how strong some people felt… it is quite difficult to hold your line”

Saker Nusseibeh (pictured), chief executive, Hermes Investment Management, when asked by a delegate about “the extent to which lack of diversity ultimately has led to Brexit, Trump, the end of this era of political stability because siloed thinking by the educated elite has allowed us to forget that critical link between the capital allocation process and socio-economic outcomes”:

“This disconnect between the financial system and the real world is harmful. And the reason it’s happened is because we are not diverse. And diversity is not just about gender diversity, although it is still appalling that we are still talking about it. But also diversity of background. One of the ways we should break out of this is to encourage diversity of thought.”