Joanne Segars, the chief executive of the UK’s pensions trade body, is leaving the association to pursue a “portfolio career”.

Julian Mund will assume executive duties until the Pensions and Lifetime Savings Association (PLSA) appoints a permanent successor to Segars.

She will remain in her post until the end of June, completing some projects currently in progress and continuing to act as the association’s ambassador, the PLSA said.

She has been at the PLSA – previously called the National Association of Pension Funds (NAPF) – for 12 years, having joined as director of policy in 2005 before becoming its chief executive in October 2006.

In a statement, the association said: ”Over the course of her tenure Joanne has transformed the association, building its reputation as an organisation with credible and persuasive policy proposals, representing the interests of members with vigour, determination, and imagination. She has ensured that the association is a strong and trusted voice in the public conversation.” 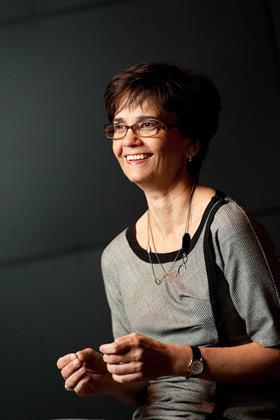 Segars said: “I have enjoyed my time at the PLSA enormously, but after 12 years it is time to move on. I’ve been privileged to lead fantastic colleagues and members who work tirelessly to provide millions of people with better retirement incomes.

“My proudest achievements have included creating the Pension Quality Mark, establishing the Pensions Infrastructure Platform, increasing the association’s income by 40% and making our conferences and events the best in the industry.

“Working with the PLSA’s members I have given the association a new and wider focus, reflecting the realities of retirement saving today, culminating in the rebranding of the NAPF as the PLSA in 2015.”

Lesley Williams, chair of the PLSA, praised Segars for the impact she has had: “Joanne has been an outstanding chief executive of the PLSA and has made a huge difference, as she campaigned for a secure future for pensions and pensioners in the UK and the EU.”

[Updated] Segars will also be stepping down from the board of PensionsEurope, the European occupational pensions trade body. She was its chair from 2012-2015, and remained on the board thereafter in her capacity as chief executive of the PLSA.

“During this period we successfully defended European pension funds from unduly solvency requirements and secured an outcome in IORP II directive that respects the diversity of pensions systems across Europe. We have valued Joanne’s active and constructive participation in all of our work. We will miss Joanne and wish her the best of luck for the future.”