Poland’s prime minister has finally announced the details of the liquidation of the country’s second-pillar funds (OFEs), ending years of speculation since the government first announced plans to dismantle the system in 2016.

According to a government statement yesterday, the 15.8m OFE members will have the choice of either transferring their entire funds into newly created third-pillar individual retirement accounts (IKEs) or the first-pillar Polish Social Insurance Institution (ZUS), with different tax implications.

In the first instance, the default option, members will pay ZUS a ‘conversion’ tax of 15% of asset value, spread over two years, but subsequent payouts, either as a lump sum or in instalments, will be tax exempt.

Account holders will only be able to access their funds upon reaching retirement. Also, unlike ZUS accounts, funds accumulated in IKEs are deemed private and inheritable.

Those members who actively choose the ZUS route will be spared the conversion tax but payouts on retirement will be subject to personal income tax – currently a basic rate of 18% and a marginal rate of 32%.

According to the government, OFE assets total PLN162bn (€38bn), including PLN126.9bn of assets listed on the Warsaw Stock Exchange and PLN10.8bn of foreign-listed stock.

The OFEs’ heavy equity weighting, introduced in 2014 by the previous government when it stripped the portfolios of sovereign bonds, has led to highly volatile returns.

Under the new regime, the 85% equity limit will be gradually reduced in order to introduce more stability into the system.

Evolution of the second pillar reform 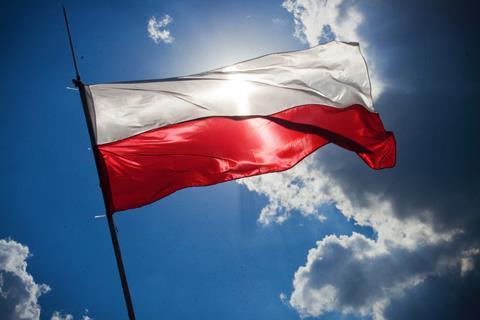 Polish second-pillar funds have roughly €38bn in assets between them

Prime minister Mateusz Morawiecki’s original plan in 2016 envisaged only one option, with 75% of OFE assets transferred to IKEs, and the remainder to the Demographic Reserve Fund, a ZUS-administered state buffer fund for pension shortfalls.

He subsequently switched the third-pillar destination from the IKE to tax-exempt individual pension insurance accounts, but has now reverted to his original plan.

Some other features remain essentially unchanged, including the legal transformation of the OFEs themselves into open investment funds, and that of the pension fund management companies into investment fund companies.

The slider concept, which incrementally moves part of an individual’s OFE account into ZUS when they are within 10 years of retirement, will also disappear as part of the reforms.

According to the Polish brokerage Trigon, slider outflows from the OFEs in the first three months of 2019 totalled PLN1.8bn, against inflows from existing contributors of PLN786m.

The new system is set to go out to consultation in May, followed by government and parliamentary legal work. The government expects the law to pass through both houses of parliament with president Andrzej Duda scheduled to sign it off in September or October, for implementation in January 2020.

General elections set for this October are unlikely to cause any major upsets as recent opinion polls put the ruling Law and Justice party well ahead of its opponents.