PRI signatory delisting model to come into effect before year-end

The Principles for Responsible Investment (PRI) is to decide on the process and criteria for delisting signatories in December, according to a spokeswoman.

Amid strong growth in the number of signatories and concerns that many were only paying lip-service to the organisation, PRI has in recent years come under pressure to hold signatories to account about their pledge.

Last year the PRI formally announced it would delist signatories that do not live up to the principles.

The organisation has already defined the minimum criteria signatories must meet to avoid being kicked off the list, and the process for delisting.

Final sign-off must come from the board, however. It is due to decide on this in early December, and communicate the outcome of its decision to signatories thereafter.

The PRI has already identified some 200 investors that were falling short of the proposed new standards, comprising both asset owners and investment managers. It will not make this watchlist public.

The proposal the board will review in December is for the at-risk signatories to be delisted if they fail to meet minimum standards of progress over a two-year period. This would be subject to appeals.

The PRI board would oversee the delisting process and hear any appeals. Based on the current proposal and timeline, the earliest any signatory could be delisted would be 2020.

Fiona Reynolds, managing director, at the PRI (pictured) , told IPE that the new accountability model would formally come into effect before the end of this year.

“All of our signatories will be informed about the minimum criteria standards we have developed ahead of the 2018 reporting season, which begins in early January,” she said. “We will also work with signatories who do not currently meet these minimum standards to assist them in every way possible during the two year period they will have for improvement.

“This is a very important step in the PRI’s evolution and we have no doubt that it will strengthen the PRI and set out clear criteria to investors. Working together, it is our aim to progress responsible investment strategies and our signatory base has been very supportive of these new measures.” 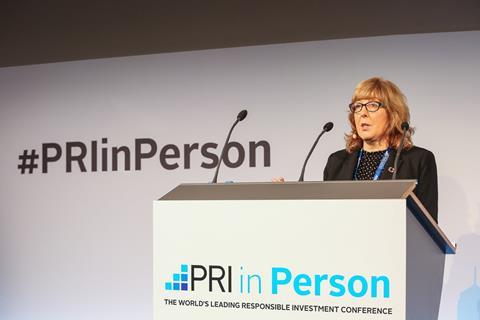 The responsible investment organisation has made increasing accountability one of its priorities for the next 10 years, as set out in a blueprint it published in May.

“For signatory status to be meaningful, and for beneficiaries to see the benefits they are entitled to, we must ensure that signatories are living up to the commitments they make when signing up to the Principles,” the PRI wrote.

The number of signatories has grown significantly since the Principles were launched in 2006. At the time, there were around 100 signatories – today there are more than 1,750. Many asset owners require managers to be PRI signatories to consider them for mandates.

At the moment, a manager, asset owner or service provider can become a signatory simply by filling in a declaration form, signed by a chief executive officer or equivalent person. The only way they can be delisted is if they do not publicly report every year on their responsible investment activity based on a PRI framework. There is a grace period of one reporting cycle after signing up to the Principles.

How the PRI’s membership has grown 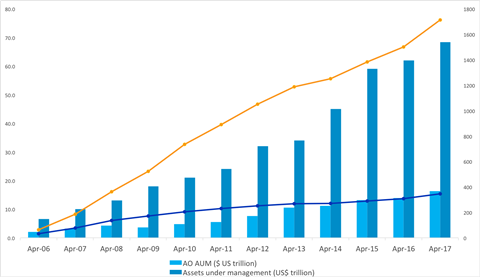