As Italy’s government gets to work, the whole of Europe faces a period of potentially momentous change, writes Carlo Svaluto Moreolo 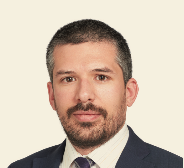 The swearing in of Italy’s new government will soothe the financial markets after a difficult week, as the prospect of Italy leaving the euro-zone (henceforth ‘Quitaly’) had suddenly appeared closer.

The formation of a government brings stability back and, for the time being, reduces the risk of Quitaly. Investors can calm down and will perhaps find value in Italian assets. But as the country’s government gets to work, the whole of Europe begins a phase of momentous change.

The government is founded on an unlikely alliance of the centrist Five Star Movement, led by Luigi di Maio, and the right-wing League, led by Matteo Salvini.

The two parties – initially opponents in March’s election – came together after the poll to write a ‘contract for a government of change’, a programme containing a mix of left-wing and right-wing policies. The parties believe the plan will bring economic growth back to Italy and improve living conditions for all, after at least 20 years of stagnation.

The campaign that preceded the election was ugly. The winning parties took control from the feeble and fragmented centre-left ruling coalition by fuelling rage against the establishment, immigrants, and the European Union. They see the EU as a technocratic elite that controls Italy through a series of oppressive policies – which might sound familiar to some of our UK readers. 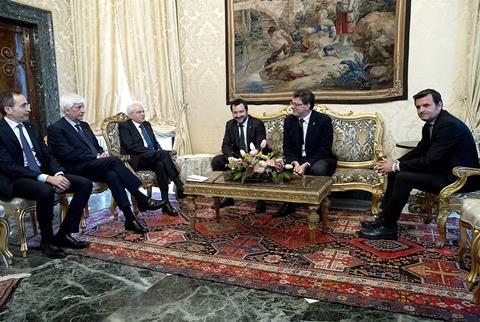 President Sergio Mattarella meets delegates from the League on 21 May

The negotiations, which lasted nearly three months, have been turbulent to say the least, reaching an unprecedented level of tension last Sunday.

President Sergio Mattarella, the head of state, halted the formation of a government, having vetoed the choice of Paolo Savona as finance minister. Savona is an 81-year-old economist who had advocated Italy’s exit from the euro-zone.

Mattarella also argued that ‘Quitaly’ should be discussed in the open and ahead of a general election. Exit from the euro-zone was never seriously discussed during the campaign.

On Monday, amid political standstill and the threat of a constitutional crisis, yields on Italian government bonds jumped and the Milan stock exchange suffered.

The ripples were felt across global markets as the world wondered whether we would see a repeat of the Grexit drama of the summer of 2015. An Italian default and departure from the euro-zone could have disastrous consequences, forcing the country into a prolonged depression and causing a shock to the world economy.

Mattarella’s move was condemned by Five Star and League supporters as an ugly attempt to overpower popular will and put the interests of the European elite against those of the Italian people. The two parties took the fundamental step of reassuring that ‘Quitaly’ was not among their plans.

If Italians wish to leave the EU, now is the time to discuss it, in an open and transparent manner.

Earlier this week, the president appointed Carlo Cottarelli, a former IMF director, as caretaker prime minister – but hours later re-opened the door to a Five Star-League coalition government. The two parties seized the opportunity and replaced Savona with economist Giovanni Tria, a far less vocal opponent of the European Union. Savona has been appointed EU minister. 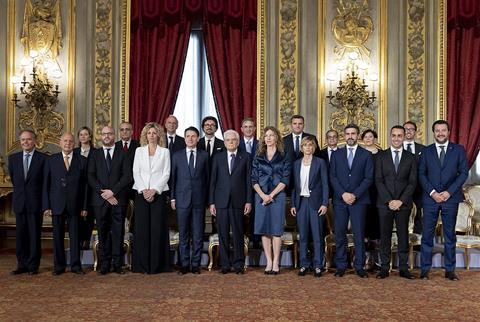 One step forward, two steps back?

The ‘Government of Change’ says it will deport illegal immigrants, curb immigration, cut taxes across the board, erase ‘unfair’ tax debts, streamline bureaucracy and the justice system, and strengthen the criminal code. It has pledged to implement a universal basic income, granting a monthly ‘citizen’s income’ of €780 to the poor.

It also wants to lower the retirement age and increase pension benefits, scrapping a pension reform that allowed Italy to dodge default in 2011.

On foreign policy, the new government wants closer ties with Vladimir Putin and to seek an end to the EU-imposed sanctions on Russia.

Most importantly, the newly-formed government has promised to exert pressure within the EU to change the rules that force members to keep fiscal budgets in check and limit government spending.

First, a flat tax that will reward the rich and is in contrast with some of the founding principles of the Italian constitution and the European Union. Second, a morally questionable plan to deport economic migrants. 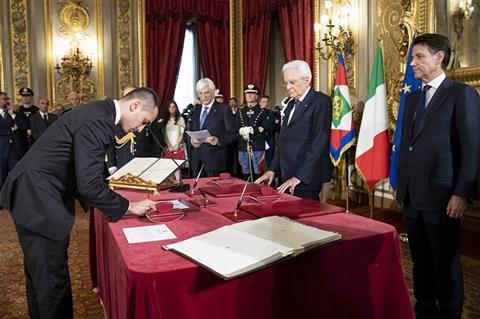 In general, the ruling parties have shown a certain fondness towards isolation and nationalism that does not bode well for the future of the European Union. We can debate for hours about the lack of accountability of European leaders and the structural imbalances of the EU, but isolation is not the solution.

However, if Italians wish to go down this route, now is the time to discuss it, in an open and transparent manner.

Eurobarometer polls show Italians are no longer strong supporters of the EU. According to a recent poll, less than 40% of Italians believe that being part of the EU is a “good thing” for the country, and only 44% think that EU membership has benefited Italy.

A mere 45% believe that having the euro was a positive, according to a poll from last year.

Quitaly is still unlikely, but the risk has risen.

That is why the country needs a proper debate about euro-zone membership. It should be as honest, clear and as informed as possible. Considering the acrimony and disregard for facts with which discussions about important topics take place today, it is hard to see this happening – but that is no reason to shy away from it.

Time will tell whether the stability brought about by the new government will encourage a proper debate on the issue. Italians and the rest of the watching world will also find out whether the ruling parties are serious about their promise that Quitaly is not an option.

There are plenty of reasons to doubt their word: both parties have long discussed the potential for Italy’s exit from the EU, while League leader Matteo Salvini has surrounded himself with advocates for a return to a national currency.

At the same time, the new government has promised a number of measures that should create a relatively business-friendly environment. Investors in Italian assets can expect a time of relative stability, some fiscal slippage and continued growth, at least for the time being. This keeps the case for investing in Italy strong.

In the long term, however, the picture is far from clear. Tensions between the new government and the EU could have an impact on the economies of both Italy and the wider bloc. Quitaly is still unlikely, but the risk has risen.

Most important to consider is the idea that the beginning of Italy’s new experiment with populism ushers European politics in a new phase, one where populist parties in other countries finally bring the EU to its knees.