4
Netherlands: View from the top
Reports

Netherlands: View from the top

Gerard van Olphen, chair of the executive board at APG, discussed the agreement with Liam Kennedy at IPE’s Summer Pension Congress

Liam Kennedy: Why don’t Dutch people trust their pension system and why does it need to be reformed?
Gerard van Olphen: First, there’s a big expectation gap. It was the case, actually it was promised and [perceived] as a guarantee, that you would be able to retire, at the latest, at 65. You would get 70% of your last income and this would compensate for price inflation. That has been a promise which is very hard to keep. So people actually didn’t look out for their pensions, they just had this expectation. Then, since 2008-09, we didn’t deliver on that promise. So that was felt as a strong disappointment.

In general, it’s still one of the best funded systems, but it’s quite clear that it has over-promised and under-delivered in the last 10 years. It’s also the case that the labour market has changed. People don’t stay with their employer for 40 years or 20 years. So [the system] really had to be modernised, keeping some of the strong features, like a very well funded system and strong regulations. But it’s quite clear that the promise that was there in the past would not be sustainable towards the future.

LK: So can you take us through what will change or at least what we know, right now, in summer 2020? I know there’s a lot of uncertainty and a lot yet to be to be determined.
Everyone that has a job in a fixed contract will be participating in a pension fund with a mandatory contribution towards the pension system, like today. Then, there will be one pool of assets, not an individual asset pool, so the board of trustees at the pension fund will actually be the one determining the investment philosophy, ALM and things like that. But for each participant, their personal part is visible.

And although it’s one pool of money, returns will actually be allocated to participants based on their generation. Younger participants will run more of the risk and will get a higher part of the returns, positive or negative, while for the older generation or people already having a pension, volatility will be much lower.

There will also be a so-called solidarity reserve so risk can be shared amongst generations. If there are tough years from an investment perspective, the reserve can be used to smooth this out and to limit the impact on the generation that is retiring. Of course, the reserve has to be filled either by premiums or by excess return. And, of course, we are moving from a promise or a guarantee to an expectation, and from defined benefit to defined contribution, which means that we will be leaving the world of the risk-free rates and the coverage ratios.

We will predict towards participants what we call a projection return. It’s only stated that it should be done in a prudent way. But what is the prudent way? And how do we calculate that?

How do we transfer the current flow of pension assets into this new pool and who gets which part of the current pool? Also, it should be done in a balanced way. We should do this carefully. And there might be groups of people that need compensation to have their fair share.

These things will have to be negotiated and put into law in the next, let’s say, 16 to 18 months, and in the meantime we know there will be elections in March 2021. The next stage will be a long decision-making process for the social partners. 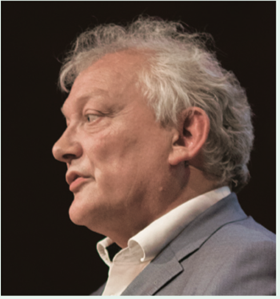 And let’s also be clear that the starting position for many funds is not easy. Their coverage ratio today is low. Although there will be no pension cuts this year if the coverage ratio is 90% or higher, some of the bigger funds are just on the brink of 90% or slightly below that. But we still have the impact of ESTR coming up in 2021 and there have been some new parameters sets; both will have a negative impact on coverage ratios.

Then funds have to decide and can choose between different forms of contract. Which contract will be taken? What kind of rules do they use for the solidarity reserve? Do they have a positive starting position? Or do they have a negative starting position? Negative is not allowed. So then there should be pension cuts. But how do they do this in a fair way for all groups of participants?

How will we do the transitioning? So there’s now a big pool of assets, but this should be translated into personal, smaller pools of assets. Who gets which part of the pie? Which calculation methodology do we use? Which parameters do we use? How do we compensate groups? What do we do with the legacy?

Ideally, all these exceptions will be translated into a value of XYZ euros, and that will move into the personal part of the pension. But is it doable? Do people want that? Will there be exceptions towards the future? How do we take participants along moving from something which they’ve never looked at to something which is indeed personal?

So, that will be the second part, from 2022 to January 2024. And then in 2024 everything will have to be judged by regulators, supervisory authorities, but also by the current corporate governance representing the participants. And then in 2024-26 the conversion should happen, taking all the participants along putting the money into these new personal pools.

So, after 10 years of negotiations, we still have a rough six years ahead and actually detailing out everything that has been negotiated in such a way that people will be able to understand what is happening and believe what’s happening is fair. In the meantime there will be all sorts of maybe even legal procedures, with people having different opinions on how this is going.

LK: And do people understand what’s happening, what the transformation will be? What’s your sense about whether they really agree with it and will really want to go along with it?
I think that when you look at the debate in Parliament, there was wide support for this step. You see especially that parties and institutions representing the older generation are very worried. They feel they’ve missed on inflation compensation for the last 10 years and they want to make sure that they still get that; they feel they are entitled to that, it was promised to them. And it’s quite clear that when this big pool is translated into personal pools, when it is decided who gets what, the older generation is very much aware of this and they’re afraid that they’re being robbed.

We see a younger generation which is not really into the matter. And we see the generation from 45 to 55. They’re the ones that are most vulnerable in this transition.

So do people understand? I will definitely say no, they do not understand. Are they suspicious about this? Yes, they are. But there’s also wide awareness that this step should be made. There’s support for this direction but everyone knows that there’s still a lot of uncertainty and a lot of important decisions to be made during the next 2-3 years.