Well over a decade after the introduction of Pensionsfonds and the Riester-Pension, Germany is weighing up significant change to boost coverage

• Plans to boost pension fund participation through collective labour agreements have been criticised for weakening return guarantees and insolvency protection.
• Proposals would amend the minimum guarantee offered by Pensionsfonds in order to offer greater investment freedom.
• Implementation of the EU Portability Directive will include introducing shorter vesting periods and an earlier age from which workers begin accruing permanent rights.
• Amendments to the discount rate for book reserves could see the discount rate smoothed over a 12-year period.
• Fewer Pensionskassen fell short of regulatory requirements in BaFin’s 2014 stress tests.

After years of only incremental change, the German government last year signalled a willingness to implement possibly the biggest reform since the launch of the Pensionsfonds at the turn of the century.

The Ministry of Labour and Social Affairs (BMAS), under Minister Andrea Nahles of the left-leaning SPD, has started discussions with stakeholders about the idea of industry-wide funds, largely absent in Germany, with a few exceptions.

The proposals – Tariffonds, or §17b funds after the legal clause in the revised law on the improvement of occupational pensions (BetrAVG) – would involve establishing defined contribution (DC) schemes through sector collective labour agreements (Tarifverträge).

There have been concerns about the introduction of DC pensions without a return guarantee element. The initial proposals foresaw the involvement only of Pensionsfonds and Pensionskassen, which some viewed as anti-competitive. BMAS conceded in May 2015 that this could be too restrictive.

Problems have also arisen concerning the idea that §17b funds should stand apart from sponsoring employers as separate legal entitles but protected by Germany’s protection fund for occupational schemes, the Pensions-Sicherungs-Verein (PSV).

Speaking at the conference of the annual pension fund association (aba) this year, Nahles suggested that protection could also be offered by the insurance vehicle of last resort, Protektor, or that social partners could devise a third approach, in addition to both the PSV and Protektor. 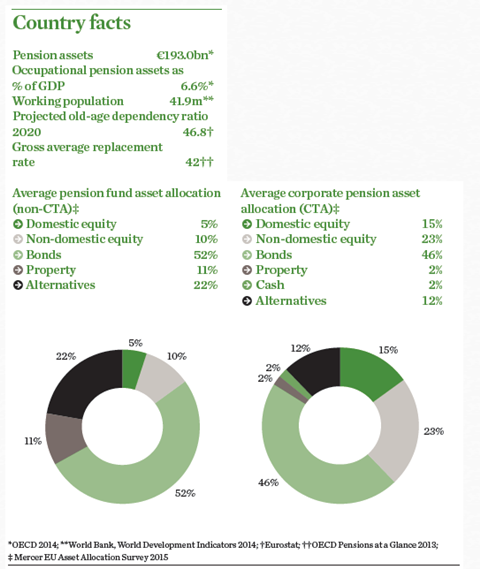 Both the German Federation of Trade Unions (DGB) and the association of employees (BDA), rejected the Tariffonds idea out of hand in March 2015, but signalled that they would continue talks with the government on how best to boost occupational pension coverage and increase retirement savings levels.

As part of a separate overhaul of the Pensionsfonds regime, BMAS started discussions in this summer on whether the 0% minimum guarantee  on contributions should be lifted.

It is probable that the changes would pass onto the statute books as part of the transposition of the EU’s Portability Directive, itself a contentious issue in Germany because it involves lowering the vesting period from five years to three.

The law change will also allow workers to begin accruing rights from the age of 21 – down from 25. This has been seen as a victory for younger women, who are more likely to exit the workforce for a number of years prior to age 25 due to pregnancy. 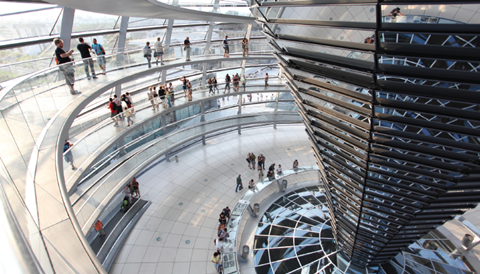 However, counter to the Directive’s aim to facilitate cross-border working, the government gave permission for savings to be paid out as a lump sum to reduce administrative costs. The law, yet to be pass through the Bundestag, will come into effect in January 2018 if approved.

Looking towards book reserves, the so-called Direktzusagen, the Ministry of Finance is reluctant to address the current minimum discount rate (Discontierungszinssatz), as regulated by company law (HGB). The review is set to consider whether the current smoothing period of seven years should be extended to potentially 12 years, thereby protecting future pension obligations from continuing low interest rates.

Currently 4.5% based on the seven-year window, aba predicts the minimum discount rate will fall to 2.7% by 2017 once low interest rates are fully captured. As a result, the negative impact on company balance sheets could amount to €35-45bn a year.

Despite concerns about discount rates and solvency levels, the regulator BaFin recorded lower numbers of Pensionskassen failing the annual stress test at the end of 2014.

Compared with 2013, two fewer funds fell short of regulatory requirements, a total of nine out of 126. BaFin noted that Pensionskassen are responsible for €140m in assets, employing an average discount rate of 4.1%. The regulator also welcomed slightly improved solvency levels of 138%, up by 3 percentage points – an improvement attributable to asset growth of 6% from both returns and contributions. 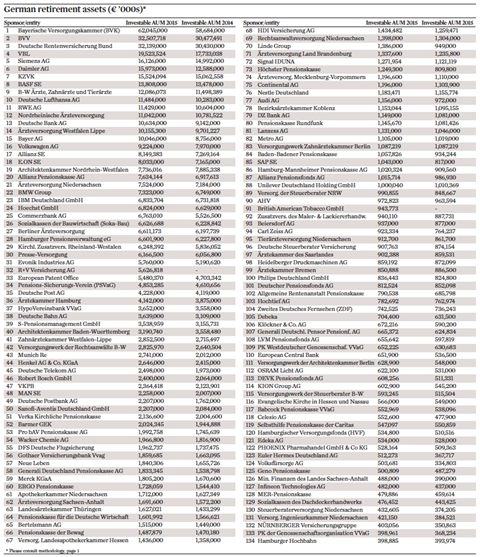