Beethoven’s fifth symphony runs to a mammoth 40 minutes. Yet the bridge between the third and fourth movements – widely regarded as the greatest classical crescendo of all time – comes relatively early, leaving most of the piece still to run.

Much the same can be said of pension scheme trustees’ environmental, social and corporate governance (ESG) journey. There has been a slow and steady build up, a rapid gathering of momentum and now trustee engagement should be reaching its peak.

On top of that, as in the great German’s masterpiece, there is still much road to be travelled.

This article considers a few of the burning issues that trustees should be considering in the run-up to 1 October – the date that the latest round of new ESG reporting requirements kick in.

We would not be lawyers if we do not include a disclaimer – we do not (and could not within the word count) intend to cover every requirement here. Instead, we hope to shed some light on the issues that trustees across the land might well be grappling with. 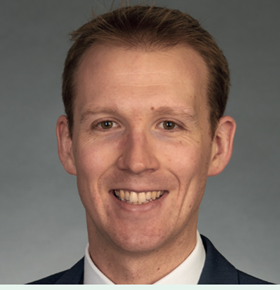 How have ESG requirements relating to SIPs evolved over the recent past? The first key date is 1 October 2019. Since that point, trustees have needed to include a clear policy on ESG, climate change and stewardship as part of their Statement of Investment Principles (SIPs).

The updates required trustees to set out their policies relating to both “financially material considerations” (defined to include ESG considerations and climate change) and the extent to which “non-financial matters” (such as members’ ethical views) are taken into account in a scheme’s investment strategy (although there is no legal obligation to take any account of the latter).

Trustees were also required to explain their engagement activities in respect of investments (commonly referred to as stewardship), and defined contribution (DC) scheme trustees needed to publish their SIPs on a publicly available website.

In many cases, trustees have complied with these requirements by including broad policy wording in their SIPs. However, on 1 October 2020 a series of new requirements will kick in, increasing pressure on trustees. This will require much more detail on trustee policies to be included. Among other things, SIPs will need to include details of how trustees’ arrangements with their asset managers incentivise those managers to:

On 1 October 2020 a series of new requirements will kick in, increasing pressure on trustees. This will require much more detail on trustee policies to be included

All of these requirements will require trustees to think more deeply about how they intend to implement ESG and stewardship policies in practice.

In addition, defined benefit (DB) trustees no longer escape the requirement to publish their SIP on a publicly available website – parity with DC trustees is restored.

Perhaps the most significant development comes in the form of a new requirement for trustees to produce an annual ‘implementation report’ setting out how they acted on the principles set out in the SIP.

When is the first implementation report due? This is not a stupid question. In fact, we have been asked it regularly since the new requirements were published. It has arisen because the regulations are tricky to navigate and the answer is not immediately obvious.

In short, a scheme’s first implementation report must feature in the trustees’ first annual report and accounts prepared after the 1 October 2020 deadline.

Broadly, this is tied to the date of production of the accounts, rather than the scheme year-end date.

The statutory deadline for production of accounts for pension schemes is within seven months of the scheme year-end. So if a scheme year ends on 31 December 2020, the next annual report and accounts must be produced by 31 July 2021 and that is the due date for the first implementation report – easy when you know how.

It is slightly more convoluted if the scheme year-end date is different.

Proactive trustees might want to consider getting everything organised in advance – they are merely delaying the inevitable by 12 months otherwise – but strictly speaking there is no obligation.

If in any doubt, trustees should consult their advisers.

Trustees should actively engage with managers so that they know their exact requirements and timings.

This will inevitably involve some preparatory work from trustees, so leaving it all until the last minute is a recipe for disaster.

Are members engaging with ESG and should trustees be worried about increased public scrutiny?

Organisations such as Client Earth, ShareAction and UKSIF have already started to highlight schemes that disclose sub-standard policies on ESG and climate change issues.

With the launch of initiatives such as Make My Money Matter later this year, trustees would be well advised to have a good response ready for members that ask how they are responding to ESG matters and particularly climate change.

However, that does not mean it is time to panic. While UKSIF called out some bad practices in relation to the October 2019 SIP updates, in many cases trustees took a ‘compliance first’ approach with the intention of developing more meaningful responsible investment policies during 2020 and in time for the October 2020 deadline.

The best advice that can be given when doing this is not to treat the regulatory requirements as a competition to find the most impressive sounding wording for the SIP. Rather, trustees must describe the policies they actually have in place and explain how they are implementing them in practice. Time spent thinking about those policies, proportionate to the size and resources of the scheme, will be well spent before writing them down (or relying on stock wording supplied by advisers).

Trustees who treat this as a box-ticking exercise may well find themselves coming unstuck as member scrutiny increases.

Next steps
Although the current COVID-19 lockdown may make it harder for trustees to meet and discuss issues, many trustee boards are using this time to work with their advisers to undertake a comprehensive review of investment beliefs, ESG and climate change policies. That way, when the time to update their SIPs comes around later in the year, they are doing far more than a mere box-ticking exercise.

Sam Dalling is an associate at Sackers