It is a safe bet that another financial crisis will be along soon. No doubt that is not something that investment and pensions professionals want to dwell on but it needs to be faced. 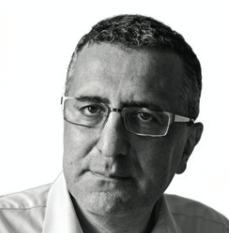 At one level, this should be clear from the historical record. Crises with a global impact – the focus here is not on purely local affairs – happen every few years. Just think back in time from the present day: the euro-zone crisis from 2009; the Wall Street turmoil from 2008; the bursting of the dot-com bubble in 2000; and the Asian financial crisis of 1997-98. It would be possible to go on.

To understand what is taking place, it is necessary to go beyond observation. Many see the problem as reckless lending and over-borrowing. However, this view neglects authorities’ role in creating asset bubbles. This is not the whole story but it is an important part of it.

Quantitative easing and ultra-low interest rates have only exacerbated asset bubbles. Of course the temptation to support such policies is understandable. In the short term they can alleviate the symptoms of economic lethargy. But what was supposed to be temporary has become a permanent fixture. Taking this course only stores up more trouble for the future.

There is no solution to economic weakness at the level of financial markets. It is a matter of promoting restructuring of the real economy. This means ceasing support for many weaker firms and sectors, as well as promoting the growth of new areas. It involves allowing recessions to play their traditional role of creative destruction – a healing process in which weak companies are purged and new enterprises can thrive.

Unfortunately, policymakers look set to move in the opposite direction. Buoyed by the doctrine of ‘secular stagnation’, the idea that a new round of fiscal stimulus is necessary is gaining ground.

Larry Summers, a former US Treasury secretary, is the main proponent of this idea. His starting point is the correct observation that there are diminishing returns in the extent to which extraordinary monetary policy can bolster a flagging economy. But his solution is essentially more state spending, rather than a change of direction.

It is seldom realised that the theory of secular stagnation originated with Alvin Hansen, a US economist, in the 1930s. But the incredible economic boom that followed the Second World War discredited his claim that the world was facing permanent atrophy. Essentially, the economic restructuring that accompanied the war created the basis for a new round of vibrant growth.

The current challenge is to find a non-military equivalent of the restructuring of the early 1940s. Although permanent stimulus might seem like an easier path it is likely to prove more painful.