Rolls-Royce to save £145m in pensions overhaul

Rolls-Royce has agreed a deal with its staff members’ unions to launch a simplified defined contribution (DC) scheme for workers who have joined the UK aerospace engineering group since 2007.

The company has also undertaken to continue to keep its defined benefit (DB) scheme open for current active members until 1 January 2024.

“The agreement we’ve reached will give greater financial stability to Rolls-Royce and our people,” said Joel Griffin, head of global pensions and benefits at Rolls-Royce.

The DB scheme, which closed to new entrants in 2007, has more than 75,000 members and the firm will now ensure that the 12,500 workers still paying into the plan will continue to accrue benefits until 2024.

“[The deal] simplifies our pension arrangements and helps us to keep our defined benefit scheme going, at a time when more and more companies are fully closing theirs,” Griffin said.

“It will also meaningfully improve retirement prospects for younger Rolls-Royce employees, helping them to be better prepared for the future.”

Rolls-Royce is set to save £145m (€166m) over the next three years as company contributions to the DB plan decline, but the firm stressed that payments will continue, with £115m to be injected into the scheme in 2018.

The DB scheme, which has a surplus of approximately £1.4bn, remains in rude health thanks to a £500m payment by the company in 2008, Rolls-Royce said. Over the past decade, the company has paid more than £3bn into the fund.

The drop in interest rates used to discount pensions liabilities has also helped the DB scheme remain in the black: at 30 September 2017 it was 113% funded.

Across the UK’s DB pensions sector, just 4% of more than 230 private schemes with assets of more than £1bn remain open to new members, according to a recent report from consultancy Barnett Waddingham. Plans closed to future accrual jumped to 43% – six percentage points higher than last year.

Rolls-Royce also announced plans to increase contributions from 2021 to the company’s DC scheme, which currently has approximately 10,000 members. Under the terms of the previous scheme, the company paid in a minimum of 5% for the youngest workers who contributed 4% of their salary, or a total of 9%.

According to the details of the new deal, depending on the amount saved, the overall total of the base contribution would rise to 18%. 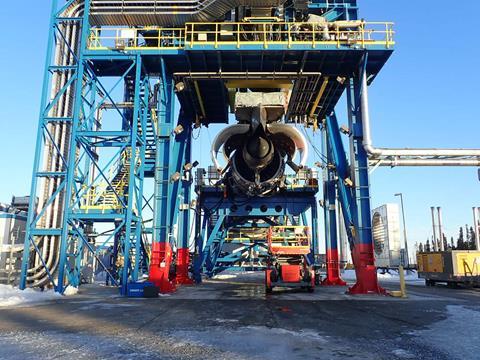