Romania’s finance and pensions sector is continuing to fight a government proposal that it fears could kill off the funded second pillar.

The proposal, included in general fiscal measures published at the end of last year, would introduce a minimum capital requirement of up to 10% of annual pension contributions. No provider would be able to comply, IPE understands, which would effectively force second pillar providers out of business.

Although the requirement would apply from end-June 2019, an effective deadline of April is looming. This is the date by which pension companies must state their intention to comply with the measures in their audited annual reports.

Were the proposals to be enacted, pension providers fear the government would nationalise pension assets in a move similar to other countries in central and eastern Europe, including Hungary and Poland. One senior figure said the sector needed to act, referring to a “last call to save the sector”.

Pension managers have been reluctant to criticise the Social Democrat government directly, however, and it is hoped that the increase will be removed from draft legislation or watered down to a more palatable level. 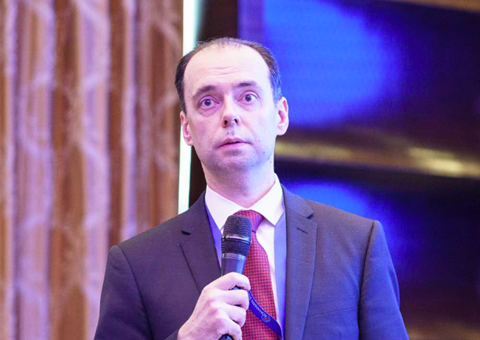 At a conference organised by the Bucharest Stock Exchange this week, 60% of attendees in an electronic poll thought a workaround would be possible.

Representatives of the finance sector were keen to emphasise the importance of the second-pillar funds to the domestic economy.

Radu Hanga, president of the Romanian Fund Management Association (AAF), said: “The economic growth of Romania is, and will be, strongly linked to the development of the capital market and on the availability of long-term funding for local companies.

“This is why we consider that the growth of the local fund management industry and of the private pension system are the key elements for our future and should be part of our country’s long-term strategy.”

Lucian Anghel, chairman of the Bucharest Stock Exchange, noted that the pension system had achieved annualised returns of over 8% in the last decade, which he said were among the highest in Europe.

“This can be considered exceptional at global level, being high above the inflation rate and government bond yields,” he said. “Private pensions have brought exceptional added-value to participants, increasing their accumulated amounts.

“Romanian private pension funds are the most important domestic institutional investors. They hold above 10% of the domestic market capitalisation of the Bucharest exchange and have contributed essentially to all IPOs that ran on the stock exchange.

“In this way, they contributed to the business development of Romanian entrepreneurs and created added-value, supporting economic growth and the increase of the population’s welfare in the last 10 years.”