Russia in the limelight

The case for disinvestment 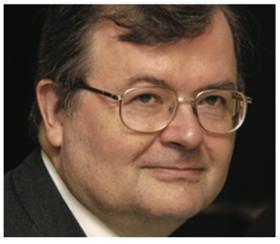 Are pension funds affected by the downing of flight MH17 over Ukraine? Not directly, but it would be foolish to deny that the investment environment has changed. Russia’s behaviour has increased the risk of political instability in Russia, south-east Europe and central Asia. That has consequences for your risk management policy.

US sources say the downing was a tragic accident and that looks likely. What is more relevant to pension funds is the follow-up of denial, attempts to shift blame, lying, cheating, manipulation of data, disrespect for the victims, robbery and blatantly uncooperative behaviour. The image of the Russian government has changed decisively from doubtful but of good will to evil. The public is laying the blame at the feet of Russia, not the Ukrainian separatists, and it is difficult to fault them for that.

That changed image of Russia is in the minds of clients of pension funds. Therefore, pension funds’ policy must take this into account, whatever government policy eventually comes about. It is important to realise that simply complying with government sanctions is not enough. Pension funds cannot risk to be seen to be in cahoots with people and institutions held to be as mass child murderers and worse.

This is not a political issue. It is a reflection of perceived reality. It has little to do with real reality. The Russian bank your investment manager is dealing with may be private, at arm’s length and providing a good return, but your clients will not care about such niceties. They will think you are acting in a deeply unethical way. This is about risk: the risk of being found out by the general media looking for a story, not necessarily for a fair treatment of your point of view, and the risk of your clients’ disapproval and consequent loss of trust.

Conversely, this is about the satisfaction of your clients when they find out that you share their misgivings and you are doing something about it. If you are seen to be listening to them you gain trust. That is a precious commodity. Trust in pension funds is low, due in large part to perceived involvement of pension funds in the crisis of 2008. Politicians are considering punitive legislation against banks that will increase the costs of pension funds. They are deaf to the argument that pension funds are the victims of that crisis, not the cause of it. Your beneficiaries agree with the politicians, not with you. This is a chance to get back some of that lost trust.

Taking Russia out of your portfolio for reasons of political risk is a strong statement, even if it doesn’t mean much financially. It’s even stronger if you are Norwegian. In other countries, it is up to the internal decision-making process to decide what to do with investments in Russia. Governors or trustees may be alone, or they may have the advice of a council of external advisers. The risk is evident from a recent case: The Dutch healthcare fund PFZW decided to move against some Israeli companies for facilitating the border wall, while APG , faced with the same facts, decided not to move. Instead of a pure risk decision, the issue became an emotional political issue.

In Norway, there is a national ethics council, controlled by the government. Its decisions are binding. That absolves pension funds from taking politically charged decisions and puts the responsibility where it belongs. Moreover, it supercharges the decision politically. A negative decision of a committee sponsored by the Norwegian government, charged with moral judgement can only mean that the democratically elected government of Norway is of the opinion that Russia is acting in an immoral way. Do not take that lightly. Imagine your neighbour letting you know that you are immoral.

Russia is bad business these days. It is also a small business. The cost of giving it up is not high, and pulling back from Russia frees risk budget. The political risk of the state of Russia has much increased these days, so the decision may very well have an overall positive effect on your investment portfolio. If so, there really is no argument left to say that your pension fund is not affected by the fate of flight MH17.

Peter Kraneveld is a pensions expert and former chief economist at PGGM.

The case against disinvestment 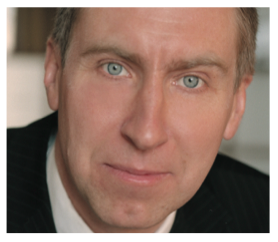 Many people in the world hold the view that the Russia of today is an aggressive, revengeful and vindictive country, which is showing its true colours in Ukraine. We at East Capital are also dismayed by the developments in Ukraine, but we also see a completely different Russia – a Russia that is beyond geopolitics and power plays. This is a Russia that is dominated by private companies, entrepreneurs and a middle class that is not so different from its peers in Stockholm, Paris or Munich. And this is what we know and like to invest in.

Russia is one of the most developed and richest emerging markets. As a matter of fact, the World Bank does not even label it a middle- income economy any longer, but a high income country, which is a result of the GDP per capita exceeding $13,000 (€9,700). But what does this mean in reality? It means that Russia has a size- able middle class – between 50% and 75% of the total population depending on how you count it – that basically wants to have the same things that the Swedish, French and German middle classes desire. And what is that? Fresh food, nice vacations, modern apartments, cool mobile apps, flat screen TVs and good wine.

This is also what we like to invest in. We are therefore keen investors in companies like Magnit, LSR, Etalon, Yandex, M.Video and Teliani Valley (yes, it is Georgian). These are companies exposed to the already large and still growing Russian middle class. It has very little to do with the geopolitically driven Russia that the rest of the world sees. This is the Russia our colleagues – we have had an office in Moscow since 2005 and we also have one partner of the company based in Kiev – and friends experience on a daily basis. And that Russia we like. We also undertake more than 1,000 company visits every year, so we believe we are very well plugged in to what is going on in Russia and in the region more broadly.

On a different note, consumer confidence is holding up even though there are some signs of a slowdown of the back of the weaker rouble and the overall macro uncertainty. Retail sales grew 2.7% in the first half of 2014 and non-food retail expanded by 4.4% over the same period. Consumption is supported by an all-time low unemployment rate of 4.9%, nominal wage growth of 9.6% (year-on-year in June) and retail credit growth that has stayed above 20% (year- on-year in July) despite the pressure on the banks. We see this momentum on the company side as well. Yandex, an IT company, has an expected full year sales growth of around 30% and Etalon, a real estate developer, is expected to see its revenues grow 25% per annum in the next four years – and that is after a fantastic first half of 2014.

And the best part is that this Russia has not only been growing faster than the overall economy, the stock market returns have also been far more impressive. Not convinced? Well, consumption – which by the way is the largest and most important component of the Russian economy – has been growing and continues to grow considerably faster than the overall economy. And the RTS retail index has been outperforming the overall index by 100 percent- age points since 2005.

So, how should investors make sense of these two different perceptions on Russia? At East Capital, we remain absolutely committed to the private, consumption-oriented parts of Russia. Not only are these the most exciting parts of the country, it is also the most attractive from an investment point of view. And it has little to do with politics.

Peter Elam Håkansson is partner and chairman of East Capital, based in Stockholm