By Andrew MilliganTowards Net Zero: COP26 and Beyond

Divestment is sometimes necessary but far from sufficient

Climate change attracts strong emotions, not only from Greta Thunberg. Many students are actively campaigning for their universities to divest from holding fossil-fuel companies in investment portfolios. Similar campaigns can be seen across many churches, trade unions and pension schemes. How should a trustee or investment committee respond to the divestment arguments?

Of course, most people accept that climate change is a major threat, while oil and gas companies are deeply implicated in the problem.

However, divestment needs to be considered carefully, rather than simply accepted as an obvious decision to make ahead of COP26 in Glasgow.

Symbolic gestures only go so far, while other paths would reach the same goal. Any organisation that has already sold certain shares still has much more to do in terms of its environmental journey. All in all, divestment is sometimes necessary but far from sufficient.

The businesses may be legal but are seen as deeply unethical. Economic arguments are based on the concept of externalities, namely private profits are often made at the expense of public costs, in this case pollution and global warming.

The system can’t divest
As Andrew Hauser at the Bank of England warned: “There are increasingly persuasive reasons to believe that financial markets are materially under-pricing the cost of emissions, and hence climate risks.”

Financial arguments include the risk of ‘stranded assets’ as regulations or consumer choices shift, resulting in falling share prices and portfolio losses. Studies suggest that 66-80% of fossil-fuel reserves need to stay in the ground if a 2°C climate change target by 2050 is to be achieved. 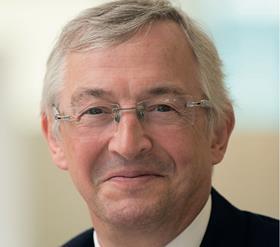 Andrew Milligan: “divestment needs to be considered carefully, rather than simply accepted

Would it be good news, therefore, if every university and church, trade union and pension scheme sold all their shares in coal, gas and oil companies? Not necessarily. There is a dangerous fallacy of composition. Selling bonds or shares does not destroy them, ownership merely changes hands.

Sarah Breeden, executive director at the Bank of England, has noted that “while individual investors can divest, the financial system as a whole cannot”. She went on to highlight that “seemingly rational individual actions” could make the problem much larger.

The obvious risk is that the new investor buying the shares has less, not more, concern about climate change. The Financial Times reported that hedge funds are actively buying up oil and gas company shares and that there is strong interest from private investors in assets being sold by the larger oil companies.

For all the attention on divesting from companies like Exxon and Shell, oil majors account for less than 15% of the world’s supply of oil, according to the International Energy Agency. Indeed, the 13 largest energy companies globally are owned by governments – for example, in China, Russia, Saudi Arabia or Venezuela.

Divestment is not a panacea, so other options should be considered. In many cases, it is better for investors to engage with company executives to accelerate moves to lower carbon emissions and to encourage higher standards across an array of UN Sustainable Development Goals.

The recent success of activist shareholders at the AGMs of ExxonMobil and Chevron is an example of how shareholders can spur companies to transition more quickly. Companies such as BP and Shell are on a path towards becoming renewable-energy companies – the debate is about the speed of their adjustments.

It is also a rather confused logic if an investor boycotts swathes of companies, yet at the same time continues to rely on his products and services in everyday life. Even under the fastest transition scenario to carbon neutral, the world will continue to use fossil fuels for years to come.

Electric cars may soon replace petrol, but heat pumps will only slowly replace gas central heating, while the airline and shipping industries are years away from using sustainable fuels. Coal usage must be halted quickly, especially across Asia, but experts agree that natural gas will necessarily be the transition fuel until renewables reach critical mass in the 2030s and 2040s.

Carbon footprint measurement
Some investment committees will prefer to exclude certain stocks, while others wish to see an impact for the greater good. One option to combine these objectives is to measure the carbon footprint of the whole portfolio and aim to reduce it over time.

Alongside fossil-fuel producers stand an array of users which materially contribute to global warming. For example, food production generates more than a third of man-made greenhouse gas emissions – only a minority of which relates to fossil fuels.

Emissions from global shipping match those of Germany. Major industries, such as aluminium, cement, chemicals and steel production are big emitters that need to accelerate carbon capture or embrace alternative energy sources.

An undue focus on divesting from certain fossil-fuel producers risks overlooking necessary actions elsewhere. To quote Andrew Hauser from the Bank of England: “Divestment is a powerful tool and should remain squarely in the toolkit. But it should be used as a credible threat to reinforce incentives, not an indiscriminate quick fix.”

What other tools would be useful? Examples would include adopting responsible investment policies aimed at reforestation and restoring biodiversity, or encouraging governments to reduce fossil-fuel demand through higher-energy taxes and lower-energy subsidies, or campaigning for better energy conservation – after all, in 2020 the residential sector accounted for 20% of the UK’s carbon dioxide emissions.

The daily news about heat domes, wildfires and flash floods confirms that humanity has entered a major period of adjustment. Can we go fast enough?

Symbolic actions are useful, but we must all take many difficult practical decisions. To accelerate the switch to energy sources and modes of consumption that pose the smallest risks to the planet, selective divestment from some companies should stand alongside engagement with many more companies and governments, and dramatically changing how we individually buy and sell, save and invest, trade and travel. Mitigating climate change demands harder work than selling a few shares.