The clock has started ticking for 60 banks. As signatories of the Net Zero Banking Alliance (NZBA) launched in April, they must present emissions targets for 2030 by October 2022. Halving their global greenhouse gas emissions by 2030 maximises the chance of reaching the NZBA net-zero goal for 2050, which aligns with 1.5ºC global heating by the year 2100.

NZBA members, who represent a quarter of global banking assets to date, must cut not only the emissions they create themselves but also those in their lending and investment portfolios.

Despite the urgency, a September report by ShareAction finds that just two banks in the alliance, the UK’s Lloyds Banking Group and NatWest, have committed to that 50% emissions reduction. “It’s concerning that the banks are not moving more quickly,” says Xavier Lerin, sustainable banking expert at ShareAction.

However, one aim achievable by forming this high-profile alliance is to attract more scrutiny than previous banking climate and environmental programmes have – potentially provoking a swifter response. That effect can already be detected, says Annabel Ross, senior programme manager at the Cambridge Institute for Sustainability Leadership Banking Environment Initiative. 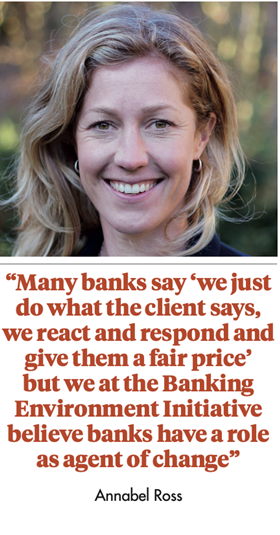 “The political messaging is a lot grander than other initiatives I’ve seen, given that it has COP26 presence and sits within the Glasgow Financial Alliance for Net Zero (GFANZ), so it is harder for the banks to escape inaction. NZBA has gone further than other banking environment initiatives,” Ross says.

Strategic overview of the project is built into the NZBA agreement alongside accountability from CEOs – one critical factor affecting success. Simon Connell, chair of the NZBA and global head of sustainability strategy for Standard Chartered, says: “The NZBA commitment statement has to be signed at the highest level of the organisation and puts a [comply or explain] reporting obligation onto banks.”

Another of the scheme’s intentions is to iron out flawed net-zero policies generated by many banks. This will be achieved by adopting standardised techniques backed by scientific expertise from the UN.

A spokesperson at the UN Environment Programme Finance Initiative (UNEP FI), which hosts the secretariat and holds a seat on the steering group, says: “We are ensuring that when these financial institutions say they are committed through a collective platform, they have a possibility of making that promise as credible as possible. That wouldn’t be the case if they were acting unilaterally.”

Some banks have, for example, previously selected relatively undemanding scenarios to plot a unilateral course of action that does not align with net-zero emissions in 2050, according to ShareAction. 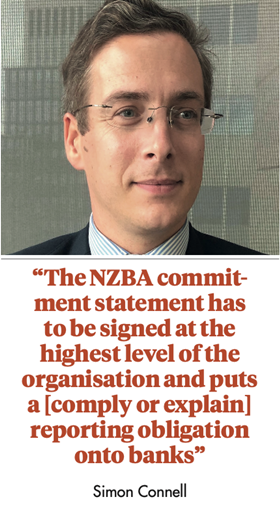 The range of scenarios produced by organisations such as the UN or the International Energy Agency (IEA) align a particular level of emissions and type of technology deployment with a specific temperature increase.

Inconsistencies
Other banks are too vague. “Banks that went ahead with net-zero policies very early on did face some criticism from stakeholders because their commitments were not… detailed enough to be scrutinisable. I think that those are the types of problems collective platforms like the NZBA help solve,” says the UNEP FI spokesperson.

Inconsistencies in metrics used to calculate emissions have obstructed an overall understanding of banking’s contribution to climate change. ShareAction notes that Barclays is the only bank to use both absolute and carbon-intensive emissions analysis. Metrics measuring carbon intensity show the amount of CO₂ emitted by unit of output. Lerin says: “We advocate the use of absolute emissions metrics because it is possible to decrease emissions intensity and at the same time increase emissions in a bank’s portfolio.”

Civil society organisations are concerned by the omission of banks’ capital markets activities in the NZBA commitment. According to a report by NGO Rainforest Action Network, 65% of bank fossil-fuel financing in 2020 occurred from underwriting bond and equity issuances. Arguably, though, banks can achieve results more quickly by reforming the business they have always had in common – that is, lending.

The UNEP FI spokesperson says: “Lending is the area where there has been the greatest progress in terms of developing widely accepted methodologies. We are focused on immediate action, so it’s sensible to start with the portion of the banking book where there is more of a consensus on how to measure that and attribute it to a financial institution.”

The integration of NZBA within the GFANZ network, however, aims to help create such bridges in the financial industry. Hence, a bank’s capital-market activity emissions may be captured through other GFANZ members, such as the Net Zero Asset Owners’ Alliance.

Fossil-fuel dilemma
NZBA inclines more towards corporate engagement than divestment of coal, oil and gas companies, a policy dilemma that has arguably contributed to inertia in the financial sector. Fossil-fuel lending and investment are not excluded by the alliance, a feature drawing criticism for encouraging further pollution.

“The NZBA is silent on what needs to happen in the fossil-fuel sector. You can set as many targets as you like but that doesn’t prevent you financing activities that are not compatible with the 2015 Paris Agreement on climate change,” says Lerin.

Sharp exits are too simplistic for banking, argues Connell, given the unique role of banks in the real economy. He says: “Banks are supporting incumbents in economies. Anyone in NZBA would say: if all you are doing is tapering off exposure to specific sectors on the basis of current emissions, you are not having an impact on those economies – you are just reshaping your banking portfolio. Whereas what is intended is that we work with clients and economies to support their transition.”

According to a May 2021 report by non-governmental organisation Reclaim Finance, the alliance faces a knotty task, because of banks’ differing competitive positions, relatively low profitability in Europe, and the financial attractiveness of many fossil-fuel investments.

However, one of the most difficult challenges to overcome is the ‘culture’ of banking, which requires major rewiring throughout banking hierarchies, says Ross. “Many banks say ‘we just do what the client says, we react and respond and give them a fair price’ but we at the Banking Environment Initiative believe banks have a role as an agent of change, not as a taker of the market.” 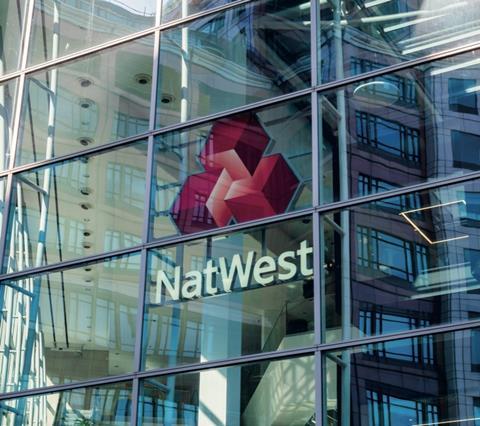 NZBA – pushing the envelope on climate change
The Net Zero Banking Alliance is the first worldwide, large-scale banking programme convened by the UN focused on greenhouse gases with a net-zero target for 2050. By selecting that date, it already ratchets up ambition by 15 years compared with a UN programme from 2019 – the Collective Commitment for Climate Action targeting net zero for 2065. This follows the launch of the Race to Zero campaign by UN ‘high-level climate champions’ Nigel Topping and Gonzalo Muñoz. Earlier banking environmental consortia, such as the controversial Equator Principles, have either been run by banks alone or operated on a national basis.

CO2 and remuneration – tying CEO pay to climate metrics
More banks are linking climate change to CEO remuneration – a key lever for change. However, the approach of most is deficient, according to a September 2021 study of 25 European banks by ShareAction. Banks showing best practice included NatWest and ING, both of whose CEO remuneration is partly based on whether the bank cuts emissions in nine target sectors. At Crédit Agricole, the CEO and deputy CEO have to achieve the bank’s commitment for a total disengagement from thermal coal in 2030 for EU and OECD countries, and in 2040 for the rest of the world. The report also found that 80% of 25 European banks studied have committed to net zero by 2050 but most fail to support this long-term ambition with short-term, measurable plans commensurate with a science-based approach.

A series of climate stress tests instigated by leading central banks, however, could incentivise change. Ross says: “It is helping to push banks to create models that can start to incorporate the physical and transition risk of assessing clients. This is currently sitting on the side of the core risk-management function as opposed to being integrated into the assessment of whether a bank should work with a particular client or customer.”

For once, action should concentrate on the short term. Net zero by 2050 means no new oil and gas exploration investments after 2021, declared the IEA in May 2021 in its Net Zero by 2050 Scenario. With so little time for action, another pathway could open up to manage laggards.

“At the moment, the ‘comply or explain’ system is voluntary. If a critical mass of banks is seen to be complying and showing it is possible to comply, then regulation can step in and take over make it a regulatory requirement,” Ross concludes.