By Matt OrsaghTowards Net Zero: COP26 and Beyond

The devil is in the detail with climate promises

Company CEOs and governments have rushed recently to make net-zero-by-2050 promises. This is an admirable sentiment but, in reality, how many of those CEOs and leaders of government will be in their current positions in 2050? Likely zero. Promises are easy to make when making them is an easy way to carry out some free virtue signalling, knowing that by the time it becomes clear that these promises are empty, they are someone else’s problem.

How many of the companies and governments that have made those net-zero promises have provided details about the path from today to 2050? Not many. That too will eventually be someone else’s problem.

People are simple creatures: we do what we are incentivised to do. If we want to tackle a problem, such as climate change, we must tackle incentives. But this is something that the finance industry has so far struggled to do. It is too busy making promises for which someone else – the next generation – will be responsible.

Some of the promises the finance industry has made include net-zero pledges, as well as investors being able to make a tangible difference through ‘green’ funds. There is some substance to these, but there is also plenty of greenwashing and opportunism.

Last year, we surveyed nearly 2,500 CFA Institute members, of whom just 40% said that they/their organisation currently incorporate climate risk into their analysis. We had hoped that a year later this percentage would have improved, but cultures change slowly. I know plenty of global heads of ESG who were global heads of something else a year ago, and whose CVs are somewhat light on sustainability experience. 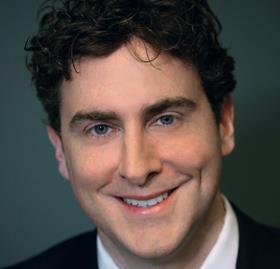 Matt Orsagh: “our industry needs to be careful not to promise too much, but it must continue to play its (not inconsiderable) role and advocate for change where it can”

I am not looking to criticise the financial industry unfairly. Some might say the financial industry is playing catch-up on climate after decades of inaction, but there have certainly been increased efforts in recent years. Nevertheless, there is a danger that catching up may involve making promises on climate to clients, regulators and future generations that may not be possible to keep.

Finance must do what it can, not promise what it can’t
We are now on the cusp of COP26, where more climate promises will be made by world leaders as well as by captains of finance and industry. Unless they can deliver on these promises on a global level, we will be right back in the same position in a few years, wondering if the next COP will save the world.

Finance certainly should  not be taking a back seat when it comes to sustainability, but we must also be realistic. The role of finance in combatting climate change is essentially the efficient allocation of capital. That is an incentives game. As an industry, we must find the best way to invest capital to engender economic and societal prosperity.

While some jurisdictions such as the EU have tried to intervene with market-correcting regulations (such as the Sustainable Finance Disclosure Regulation, SFDR), the deferral of climate action from the finance sector globally can go on no further. Action must be taken now.

The world of finance must do what it can to efficiently allocate capital to tackle climate change – but it should not promise more. Investors need timely, consistent, comparable and material climate-related data, which we do not yet have at scale.

It helps that organisations such as the Taskforce on Climate-related Financial Disclosures (TCFD), Sustainability Accounting Standards Board (SASB) and the International Financial Reporting Standards Foundation are calling for a focus on material climate data, but investors need to engage with companies to make sure the data we need is available. This means advocating, consistently and repeatedly, for material climate data.

Ultimately, governments must do the heaviest lifting on climate. They set the incentives for individuals and industries, which together will have the biggest impact on climate change.

A global price on carbon, for example, is one incentive that will change behaviour. While it will be challenging and politically unpopular for governments and policymakers, investors need to help provide cover for those difficult decisions, and once again, advocate consistently and repeatedly, for a price on carbon.

The investment sector also has a key role to play in helping companies standardise sustainability reporting, improve disclosures and reassess their compensation incentives.

A March study from Equilar showed that only 38 Fortune 100 companies disclose compensation metrics tied to ESG goals. Only about 15% of these goals deal with environmental issues and, if an ESG metric is included in pay incentives, it usually only makes up a small portion of total incentive compensation. More meaningful incentives tied to actions on 2050 net-zero promises would be more effective in driving change.

Be a participant in your own rescue
Investors must understand their ESG mutual funds might represent a step in the right direction, but they are not going to save the world. Their actions on the ground as consumers and voters have much greater impact. If they do not invest in a company that is ‘bad’ for climate for example, someone else will.

If, however, they opt for alternative choices in the way they live (energy, food, transportation with lower carbon footprints) and change the way they vote (voting for climate action), there is no new consumer or new voter to replace them, and therefore their choices make a more fundamental impact in the real world. Investments always only reflect consumer and voter decisions.

As we look to the future, we must recognise that there are segments of society that can have a bigger impact on climate than finance. Our industry needs to be careful not to promise too much, but it must continue to play its (not inconsiderable) role and advocate for change where it can.