By Liam KennedyTowards Net Zero: COP26 and Beyond 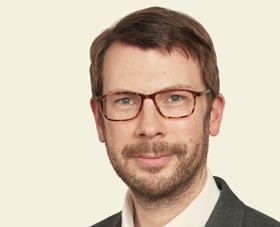 “Net zero is now an organising principle that is cascading from the global to the country and the company”
Mark Carney, UN Special envoy on climate action and finance

The term ‘net zero’ is becoming entrenched in political and business life as governments, banks, insurers, asset owners and, not least, corporates sign up to demanding pledges to reduce carbon emissions in the service of limiting global temperature rises to within 1.5°C.

The world is not on track for net-zero emissions by 2050. As Günther Thallinger, CIO of Allianz, points out starkly in the Viewpoints section of this report, the remaining absolute carbon emissions budget – if the world is to have an 80% chance of limiting the global rise in temperature to 1.5°C – is just 300 gigatonnes. (See also the data section in this report.)

On the positive side of the balance sheet, dollar commitments to the Net Zero Asset Owners Alliance (NZAOA) now amount to $7trn (€6trn), with some 28 asset owners having set concrete interim targets at five-year staging posts. Some $55trn backs Climate Action 100+, the investor initiative focusing on the largest corporate emitters and $29trn backs the Transition Pathway Initiative.

Achieving complex net-zero emissions is a complex task and one that should not be underestimated. It demands much of all stakeholders – trustees and management of pension funds as well as asset managers and portfolio companies. It is notable that insurance asset owners like Allianz and others back NZAOA; it is after all now 15 years since Lloyds of London’s seminal report ‘Climate Change: Adapt or Bust’.

Many leading pension funds are also strong backers of such programmes. But more pension capital will need to back initiatives like NZAOA. This will mean activity much further down the financial food chain, in smaller, harder to reach asset pools where resources – governance, time and money – are more scarce. Pension funds are increasingly required by law and regulation to take into account climate risk, which will help drive better disclosure overall. But in an imperfect world, we can’t just bring hundreds of smaller pension funds into efficiently governed and well-resourced pools.

Overall, better and more standardised data on emissions and other externalities, aided by regulation such as the EU’s proposed Corporate Sustainability Reporting Directive, can only help.

Financial coalitions like Mark Carney’s Glasgow Financial Alliance for Net Zero (GFANZ) are in important rallying point – not least in highlighting the gaps in capital flows to developing countries and the need to dramatically scale up blended finance. Here the challenges are prodigious – but ideas there are aplenty, including the Asian Development Bank’s proposed energy transition mechanism to retire coal-fired power plans.

At COP26, intergovernmental agreement on a carbon price floor and on a taxation framework for carbon would be perhaps the single most important step in terms of capital markets. The recent G20 agreement on a minimum global corporate tax rate shows how progress can be made at a multilateral level on taxation and is a reason, at least, for some optimism.