Issuers have myriad incentives—often including a lower cost of capital than a traditional bond—to apply the green label to their bond offerings. Yet, once filtered through our Green Bond Framework, it’s clear that many of these securities present the opportunity for only marginal environmental improvements or possibly none at all. Although this less-than-green issuance has occurred globally, it has become prominent in Asia as the size of the green bond market has grown and issuers’ ESG initiatives have continued to evolve from their early stages.

The growth in Asia’s Green Bond market reveals the extent to which issuers regard it as a viable, lower-cost financing avenue. Green issuance in Asia accounted for about 6-8% of the region’s total corporate supply through mid-2021 and reached the equivalent of $56.7 billion through late June, which was more than three times the total that priced through the same period in 2020. It was also above the $32.8 billion that was issued out of the U.S. and up to about a third of the $154 billion issued out of the euro area. 1

As we’ve run these offerings through our framework, some common traits have emerged. Many demonstrate lax segregation of the issuance proceeds and a high degree of fungibility across the enterprise. The securities also tend to lack strong mechanisms for post-issuance monitoring and reporting.

While a spread premium often reverts to an existing curve, we believe that demand for securities financing projects with material environmental impacts outweighs those with less of an impact. Hence, our framework is critical to avoid “overpaying” for new issues that may not meet the objectives of ESG-focused investors. 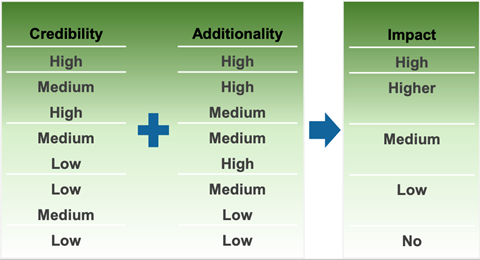 Figure 1: The Combinations of Determining a Green Bond Impact Rating

Case Study—Yuzhou Group Holdings: A Lack of Focus
Yuzhou Group, a prominent real estate developer based in Southern China, issued a green bond in January 2021 with the use of proceeds slated for green buildings, energy efficiency improvements, renewable energy construction, and pollution prevention and control.

“While a spread premium often reverts to an existing curve, we believe that demand for securities financing projects with material environmental impacts outweighs those with less of an impact.”

However, with further analysis, we found that the company’s identified use of proceeds lacked focus in the context of its stated ESG objectives. For example, eligible projects included those that appeared to be ordinary upgrades and regular capital expenditures, such as the installation of energy efficient air conditioners as well as recycling facilities in commercial and residential facilities.

Prior to issuance, China’s National Development Reform Council needed to approve the offshore bond’s use of proceeds, with the only stipulation being that the proceeds needed to refinance an existing offshore bond. Yuzhou worked around this condition—while maintaining that the bond met “green” criteria—by setting aside an equivalent amount onshore that it stated would be used for green projects. The offsetting capital significantly reduced the ability to monitor the proceeds as did an unusually long lookback period of 36 months for refinancing eligibility.

The Yuzhou example is a revealing one considering industry trends: China’s real estate sector appears primed to issue more ESG-labeled bonds given the ease with which companies can cite green or social housing projects. However, at this point, the green bonds are unlikely to meet our credibility and additionality criteria, and the bonds are unlikely to provide an uplift to the issuer’s pursuant to PGIM Fixed Income’s proprietary ESG Impact Rating. We believe issuers in Asia will continue to enhance their green bond programs. The measure of that success will be evident to us and our impact-focused clients as we continue to filter the securities through our green bond framework.

This material reflects the views of the author as of October 2021 and is provided for informational or educational purposes only. Source(s) of data (unless otherwise noted): PGIM Fixed Income.

© 2021. PGIM is the primary asset management business of Prudential Financial, Inc. (PFI). PGIM Fixed Income is PGIM’s public fixed income investment advisory business and operates through PGIM, Inc., a U.S. registered investment adviser. Registration as a registered investment adviser does not imply a certain level of skill or training. Prudential, PGIM, their respective logos as well as the Rock symbol are service marks of PFI and its related entities, registered in many jurisdictions worldwide. PFI of the United States is not affiliated in any manner with Prudential plc, incorporated in the United Kingdom or with Prudential Assurance Company, a subsidiary of M&G plc, incorporated in the United Kingdom. In the United Kingdom, information is issued by PGIM Limited with registered office: Grand Buildings, 1-3 Strand, Trafalgar Square, London, WC2N 5HR. PGIM Limited is authorised and regulated by the Financial Conduct Authority of the United Kingdom (Firm Reference Number 193418). In the European Economic Area (“EEA”), information is issued by PGIM Netherlands B.V., an entity authorised by the Autoriteit Financiële Markten (“AFM”) in the Netherlands and operating on the basis of a European passport. These materials are issued by PGIM Limited and/or PGIM Netherlands B.V. to persons who are professional clients as defined under the rules of the FCA and/or to persons who are professional clients as defined in the relevant local implementation of Directive 2014/65/EU (MiFID II). 2021-6118.