By Susanna RustTowards Net Zero: COP26 and Beyond

The TCFD has updated its guidance to cover disclosing alignment with the Paris Agreement, with best practice outlined in a report by a team of experts 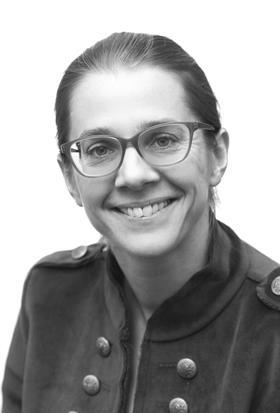 “This looks like it could be a really useful contribution as many asset owners are wrestling with exactly this question of how to determine and aggregate measures of alignment across a diverse portfolio.” This is how Dan Mikulskis, partner and lead investment adviser at consultancy LCP, reacted on LinkedIn to news of the publication of a report on portfolio-alignment metrics. It was Mark Carney, UN special envoy for climate action and finance, who had posted the news, saying the report delivered best-practice standards to avoid fragmentation and greenwashing.

Established by Carney in 2020, the PAT published its final report in October in conjunction with updated guidance from the Task Force on Climate-related Financial Disclosures (TCFD). This now states that investors and lenders should disclose the alignment of their activities with a well-below 2°C global warming scenario, although it does not, as had been proposed, continue by stating that they should “incorporate forward-looking metrics into their target-setting frameworks and management processes”.

The PAT report, Measuring Portfolio Alignment: Technical Considerations’, was developed at the request of the TCFD on the back of a consultation on forward-looking metrics for the financial sector. According to the TCFD, responses to the consultation suggested that many organisations in the financial sector were looking for more clarity on methodologies and standardisation with respect of forward-looking metrics.

The PAT consulted on a draft report in parallel with a further TCFD consultation, on proposals about guidance for climate-related metrics, targets and transition plans. There was pushback: a group of asset owners involved in the Transition Pathway Initiative (TPI) said that although they strongly supported the principle of portfolio alignment and agreed with many specific elements of the consultation, they were concerned about “a rush to adopt portfolio alignment metrics” and “hard-wiring inappropriate reporting requirements into TCFD”. They expressed particular concern about implied temperature rise (ITR), saying the metric “has the potential to create wide misunderstanding and to drive the carbon washing of portfolios”.

PAT describes ITR models as “translating an assessment of alignment or misalignment with a benchmark into a measure of the consequences of that alignment in the form of a temperature score”.

Some investors already use ITR metrics but there have been concerns about the approach being prematurely promoted as the gold standard. In The Alignment Cookbook, a report published by Institut Louis Bachelier about portfolio alignment, the authors write that “multiple layers of uncertainties compound themselves at each step of a temperature alignment methodology” and that ITR metrics could “create disproportionate expectations and misunderstanding” on behalf of non-expert users. In its 2021 climate-related financial disclosures, the Bank of England said methodological variations produced ITRs ranging from <1.75°C to 4°C for its corporate bond purchase scheme.

In its final report, the PAT added to its explanation of ITR metrics by saying that the temperature score “describes the most likely global warming outcome if the global economy was to exhibit the same level of ambition as the counterparty in question”.

It says a portfolio-wide ITR is a type of aggregated alignment metric, which is mostly of value in supporting high-level disclosure, given the ability to communicate results in a single indicator, but that alignment results purely at sector level using metrics related to economic activity are more actionable. Crucially, the use of production and capital stock metrics at sector level have various benefits and must not be ignored, according to the think tank, whose PACTA methodology does just this.

Alignment in practice
KLP, a €87bn Norwegian pension provider, divides its investments into different categories according to how certain it can be about calculating alignment. It uses PACTA for high-emission sectors and a temperature score (developed by SBTi, CDP and WWF) where sector-based alignment assessment data is missing. It combines the temperature score with historical carbon-intensity data.

Lars Erik Mangset, chief adviser on climate change at KLP, supports the temperature score concept, “but we still find that the regression between company performance and Intergovernmental Panel on Climate Change (IPCC) scenarios is unclear, which makes it a bit of a black box”.

Changes made by the PAT in response to feedback included adding a disclaimer that clarifies that the report is focused primarily on the use of emissions benchmarks and recognises the benefits of production-based alignment tools. The PAT also amended its tips regarding tool choice to ensure these did not suggest that all institutions move towards ITR in the long term. Another change was adding that portfolio alignment disclosures include statements about uncertainty related to methodology, data and scenarios, and the reasons for scores changing following methodological, data or scenario improvements.

Sebastian Müller, co-founder of right. based on science, which has an ITR model, says the latter addition is “a huge step” but is disappointed that the PAT did not explicitly recommend including climate models in ITR methodologies. “The metrics can be simple but the methodologies themselves must keep a degree of complexity if they are to do the topic of climate change justice,” he says.

In an open letter last August, Lombard Odier disagreed with the TPI asset owners and 2DII’s feedback to the PAT, saying it risked misrepresenting the nature of ITR metrics. Thomas Hohne-Sparborth, head of sustainability research at the asset manager, says the final PAT report “provides a thorough review of both the best practices to be followed and pitfalls to be avoided in the design of ITR metrics”.

He adds: “Implementing these best practices would significantly advance the sophistication and comparability of these metrics.”

The PAT has now been disbanded. Its work is being taken up by the Glasgow Financial Alliance for Net-Zero (GFANZ), a Carney-led coalition, “as the natural place to take guidance on portfolio alignment metrics to the next level – where the financial sector meets to define industry standards”.

This is important work and work that must be done right, for many reasons. In the UK, the government has already launched a consultation on mandatory portfolio alignment disclosure by pension schemes.