A 25-year old in Switzerland today would be set for a corporate workplace pension five percentage points lower than that of a compatriot only a few years older, according to a study by Willis Towers Watson.

It found that retirement benefit levels were falling although contributions were, on average, increasing.

The consultancy’s Swiss arm regularly carries out a benchmarking study of the pension plans of companies making up the Swiss Leaders Index (SLI). This comprises the issuers of the 30 largest and most liquid securities in the Swiss equity market. Companies such as ABB, Julius Baer and Nestlé are currently in the index. 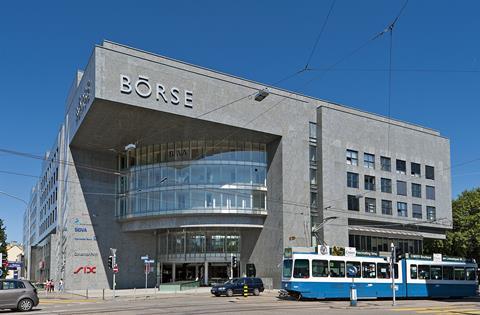 This discrepancy grew with age, income and the amount of vested benefits when joining a pension fund.

The technical interest rates used by corporate pension funds varied from 1.75% to 3%, and were noticeably lower than in the consultancy’s 2015 study.

The technical interest rate (technischer Zins or taux téchnique) determines the return on capital for pensioners. The conversion rate, another key parameter in Swiss pensions (Umwandlungssatz, taux de conversion), determines the pension a member is entitled to upon retirement. All else being equal, a lower conversion rate means a smaller pension.

“In reality, there is a redistribution from active members to pensioners.”

Eileen Long, senior consultant at Willis Towers Watson, said it was interesting to compare the technical interest rate with the return credited to active members’ capital.

“Ideally they would be identical,” she said. “In reality the former tends to be higher, which means there is a redistribution from active members to pensioners.”

However, many pension funds last year were able to provide active members with a return above the legal minimum – 1.69% as opposed to 1.25%. This was due to generally good returns and a stable financial situation.

However, a wide spectrum – ranging between 0.75% and 2.75% – showed how different the individual pension solutions were in practice, the consultancy said

They ranged between 4.7% and 6.4%. Such large spans were in evidence from previous studies, but the minimum and maximum values had fallen sharply, according to the consultancy.

This was also the case for the average conversion rate upon retirement at the age of 65, which had continuously dropped over the past few years. Only 17.4% of all companies in the SLI still used a conversion rate of more than 6%.

“There are different approaches to tackling declining investment returns and higher life expectancy,” said Daniel Blatter, consultant at Willis Towers Watson. “However, the trend towards falling conversion rates is in evidence [at all corporate schemes] and leads to lower retirement benefits.”