The differences between the coverage ratios of Swiss municipal pension funds are “enormous” and in some cases there are big holes, according to analysis carried out by the think tank Avenir Suisse.

Lukas Rühli, adjunct fellow at Avenir Suisse, compared the coverage ratios of municipal pension funds for the 10 biggest Swiss cities, applying a technical interest rate of 2% to harmonise the regulatory levels disclosed in annual reports for 2018. The resulting funding levels ranged from 107.7% to 64.2%.

Rühli also said that, as with cantonal pension funds, coverage ratios for the pension funds of cities in French-speaking western Switzerland were lower than in the rest of Switzerland.

He noted that the underfunding at times took on proportions that would be unthinkable in the private sector, where coverage levels significantly below 90% hardly occurred as pension funds there had already been forced to take remedial measures.

The Pensionskassen for Luzern, Zurich and St Gallen were the only funds on a sustainable footing, with funding levels in excess of 100% as at the end of 2018.

Out of the seven underfunded city pension funds, Biel and Lugano were clearly underfunded (95.4% and 92.8%, respectively); Basel, Winterthur, Bern and Geneva substantially so with coverage ratios between 80% and 88%; and Lausanne extremely underfunded (65%). 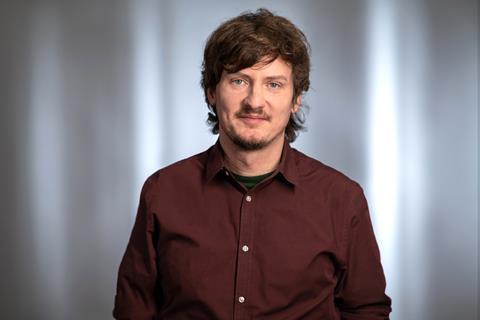 “2017 was a very good year on the stock markets, from which the pension funds benefited,” he wrote. “2018 was rather bad, but at the end of the day compared with 2016 asset values noticeably increased nearly across the board.”

According to Rühli, the pension funds for the cities of Biel and Lugano showed the most improvement, with funding on the harmonised basis increasing from 87.3% to 95.4% within two years for Biel, and from 85.6% to 92.8% for Lugano.

The Bern Pensionskasse’s situation deteriorated from 87.3% to 84.1% funded – the worst performance of the 10 cities.

Lugano and Biel lowered their technical interest rates in the direction of the reference rate set by the Swiss chamber of pension actuaries (SKPE). The SKPE rate has been 2% since the end of September 2017.

In 2016 the Biel and Lugano Pensionskassen discounted their future liabilities with a rate of 3.5% and 3%, respectively, while last year the rates were down to 2.5% and 2%.

The recapitalisation needs across the seven underfunded city Pensionskassen stood at CHF4.9bn (€4.5bn), according to Avenir Suisse. It noted that this was almost as much as the annual budget for the entire canton of Aargau, but nonetheless CHF800m less than at the end of 2016.

Aargau is the fourth most populous Swiss canton, according to federal government statistics.