The parliament of the Swiss canton of Wallis (Valais) has passed the local government’s recovery plan for its ailing public pension fund, the CHF4.3bn (€3.8bn) PKWAL/CPVAL.

Politicians agreed to the plan by a large majority of 101 to 18 votes. The result means that, as per January 2020, the existing pension fund for employees of the canton and affiliated bodies will be closed and a new fund will be created.

This is the first time such a split will be carried to ease the burden of an underfunded Swiss Pensionskasse.

When the plan was first presented by a cantonal expert group over the summer, Swiss think tank Avenir Suisse called it an “innovative and elegant” solution.

Currently, the PKWAL/CPVAL has a funding ratio of 80%. As part of the split, the canton has pledged to inject CHF1.35bn into this part of the fund over the next 20 years.

All employees hired after 2012 will be transferred to a new open fund, which will initially be funded by the canton with CHF265m.

From 2020 onwards, however, it will not have a funding guarantee from the canton, but will have to be fully funded.

To cope with increasing longevity, the technical parameters for both funds will be adjusted and a flexible retirement age of between 58 and 70 will be implemented.

Public pension funds in Switzerland have traditionally seldom been fully funded as most cantons offered guarantees.

However, in the continued low interest rate environment, and with the burden from demographic developments increasing, many cantons have reconsidered their financial commitments.

According to the most recent pension fund “monitor” published by Swiss consulting company Prevanto, the average funding rate for public pension funds was 94.4% as per November 2018. 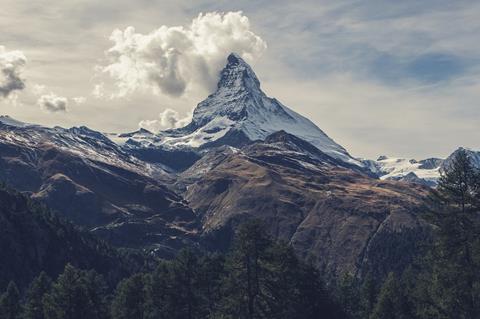 The Swiss canton of Wallis/Valais is home to the Matterhorn, one of Europe’s tallest peaks