1
Switzerland: Preparing for the next set of reforms 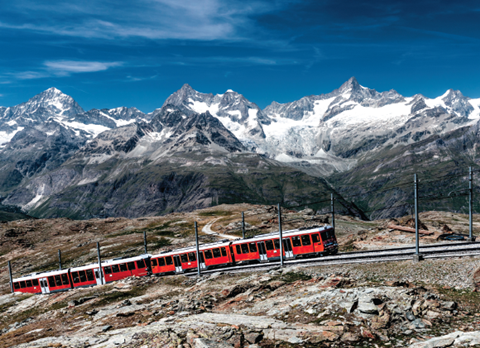 Pensions always involve playing the long game. But sometimes it feels like one of those epic games with lots of characters, difficult interactions and complex rules for winning. Switzerland remains a case in point. The struggle for a comprehensive pension reform has dragged on for almost a decade. Various setbacks have been blamed in turn on the different parties involved. In this game, the right constellation of politicians, social partners, experts and people has yet to be found.

Swiss politicians were given a substantial role regarding technical parameters when the mandatory second pillar was established in 1985. Each year, the government, guided by a committee, has to decide on the minimum interest rate (Mindestzins in German) pension funds have to pay on accrued assets for active members. The minimum conversion rate (Mindestumwandlungssatz), which determines the rate accrued assets are paid out as pensions, is set down in law. Once the accrued pool is empty, the pension fund has to top it up to ensure lifelong pension payments. Lowering the conversion rate is unpopular because it means actual pension payouts are lower.

The main reform proposal Altersvorsorge 2020 was the brainchild of Alain Berset, interior minister since 2012. He had included a cut in the conversion rate from 6.8% to 6% but only as part of a package affecting both the first and the second pillar. After this failed in a public referendum, Berset announced there will be separate reform proposals for each pillar. However, this year he has other concerns as he is also the Swiss president, a position which rotates annually between ministers. Pension reform might return to the agenda next year when parties campaign in the general election.

And then there is regional politics to be considered as Swiss cantons have a strong voice and are often split linguistically – but this topic is for advanced players.

As president, Berset has kicked the reform ball to the social partners. Dialogue between representatives of employers and workers has always been a part of labour relations. Switzerland has the lowest strike rates in Europe but not because the unions are weak. In particular, when it comes to pensions and past promises, worker representatives are protective of the almost sacred topic of old-age income and pension inalienability. However, most see the need to adjust the minimum technical parameters in pension funds to fit new market environments and demographic scenarios. If pension payouts remain too high, the money is temporarily diverted from active workers, who are also union members. 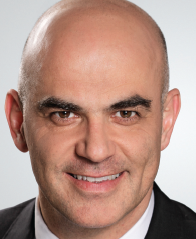 Altersvorsorge 2020 – rejected by
public referendum – was the
brainchild of Alain Berset, interior
minister since 2012 and now Swiss
president

In recent years, unions have become critical of insurers’ role in pensions. Before the failed 2010 referendum on lowering the conversion rate to 6.4% – unions and some left-wing parties had coined the term ‘Rentenklau’, pension theft, arguing high administration costs were eroding pensions. When the insurance company AXA announced earlier this year it would no longer offer full-service pension contracts (Vollversicherung) under which the provider also carries the return risks, union criticism flared up again.

This is a new situation for employers as they have to carry part of the risk of underfunding in so-called semi-autonomous solutions (teilautonome Lösungen), which AXA is now offering, or switch providers.

The outcome of pension reform talks between the social partners, for which they were given a year, is completely open. The AV2020 package had been one big compromise and both sides will try and get anything they might have sacrificed back on the negotiating table.

Meanwhile, all experts agree that the current minimum conversion rate for the mandatory part of the Swiss second pillar is too high at 6.8%. The consensus is that a drop to 6% is just the first step. Most have advised Pensionskassen to adjust the overall conversion rate to closer to 5%. This is possible as most employers are paying contributions above the mandatory minimum level. For these assets (Überobligatorium) the Pensionskasse is free to set conversion rates.

Experts disagree on the urgency of cutting the minimum conversion rate. Some say it is possible to keep tiptoeing round this problem by using the above-mandatory elements of Pensionskassen. Others argue that not all providers have that luxury.

Generally, most experts would like to see more leeway for Pensionskassen in setting technical requirements, dealing with underfunding and alternative investments. The political influence on the technical parameters has been a contentious matter for some time. Experts argue this is a dependency completely detached from market realities. Similar criticism has been levelled against the Swiss National Bank (SNB) for its exercise of monetary policy. The removal of the peg between the Swiss franc and euro in 2015 shocked many pension funds with some suffering losses.

Since then the SNB has kept interest rates at a record low of a negative 0.25% for deposits above a certain threshold – affecting pension funds with cash deposits. The SNB fears a substantial appreciation of the Swiss franc, as the currency is deemed a safe haven. A public initiative (Vollgeld) blames the shadow banking system for financial instability. It wants the SNB to become the only Swiss entity to be able to provide deposit money which makes up 90% of the country’s money supply. Experts note the current system has so far helped stabilise the Swiss monetary system.

And, this is where the ‘joker’ enters: the people. The Swiss electorate has a unique power in the board game of politics – not only in financial matters. Each year there are several referendums to vote on or public initiatives to sign up for. The topics range from immigration to labour law, from pensions to radio licence fees. On 10 June, the people will decide on the Vollgeld initiative.

Just like pensions, it is a complex topic debated more emotionally than factually in the media.

Additionally, Swiss people will also vote on an unrelated new law on gaming on the same day.

While Switzerland is a model of direct democracy, it seems the complexity of some topics paired with disinterest might not be the best match for a popular vote.

The Altersvorsorge 2020 vote was rejected but a look at the voting statistics revealed on the one hand that less than half of all eligible voters took part. On the other hand, just over half of retirees welcomed the reform – despite the fact that their pensions would have remained untouched.

Splitting the reform between the first and second pillar will help untangle the complexity. Swiss people will have to be asked should a change affect the constitution, such as using some value added tax (VAT) income to top up the first pillar fund AHV. Swiss law also states anyone can bring an initiative forward on any matter if they gather enough signatures which then can be turned into a referendum.

So the board game of Swiss pension reform remains slow. Setting every cog and lever into the right position to pull off a reform takes consensus – something which is much needed in a sustainable pension reform. But it can also sustain systems that probably should be a bit more flexible.