Ten Years Since Lehman: Reflections on the crisis 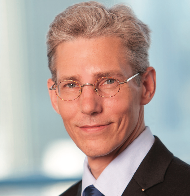 How did the crisis affect the role of central banks?

Look at central banks today relative to what we had pre-2008. Basically there was a functioning inter-banking market but that has simply stopped. There are no more inter-bank dealings. The inter-bank market doesn’t exist. The central bank acts as the clearing house.

How did it change perceptions of the economy?

If I had predicted, let’s say 11 years ago, that in 2018 the US will be in great shape with an economy growing at 2.1% as an annual average, with 1% productivity growth, and we wouldn’t have had a crisis for the last 10 years, you would have been under the table laughing. Yet that is what has happened. There is a changing perception of what constitutes good growth. In historical terms 2.1% is nothing. In the 1990s we were talking about US potential growth of 4%, then 3% growth in the 2000s and now we have 2.1% and we say ‘wow’ it’s a great economy out there. Or look at how we are growing 2.5% in the euro-zone economy.  We actually reached the same level of output in the second quarter of 2007 as in the first quarter of 2016. A lost decade. If you look at aggregate GDP growth rates, if you look at productivity growth rates, this is the worst economy in terms of growth since the end of World War Two.

Would you see the rise of populism as a reaction to these problems?

Sure. It’s pretty simple. If you look at the core Trump electorate, it’s mostly, let’s say, middle-aged white men. If you look at their economic well-being, nominal income is 15% less than in 2000. They’ve been the least successful socio-economic group in the US. In Italy, it’s even worse. Living standards have deteriorated in real terms. GDP, in aggregate, is at same level as 1996 in Italy. It’s a very dismal story. But that, of course, doesn’t mean I’m endorsing their – often very xenophobic – world-view. I don’t. 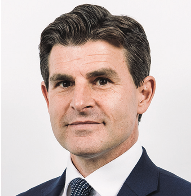 What is the significance of the Lehman crisis with the benefit of 10 years of hindsight?

It was absolutely critical in both how we view markets and regulatory regimes today. A key cause of that crisis was a very substantial deregulation of financial institutions in the run-up to 2007-08, combined with an extended period of low interest rates. Since then, there has been a substantial tightening of regulatory requirements and a new regulatory framework.

While the Lehman crisis was very painful, I think we have learned the lessons from that period. We have reduced the chance of another banking-led crisis. QE programmes have aggressively lowered interest rates and injected liquidity into the capital markets. This has had implications for asset prices and social stability.

What do you mean by the latter?

It tends to be the wealthy who own assets and those who own assets have benefitted far more than those without. That is one of the reasons for the rise of populism.

What is the significance of the fact that total debt levels have remained stubbornly high?

The composition of debt has modestly shifted. Households have modestly de-levered. Governments have seen a substantial rise. Corporates initially de-levered but recently we have seen some re-levering. 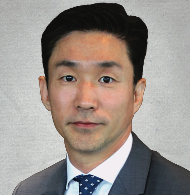 What were the implications of the financial crisis for Asia?

I think it’s a very interesting question when it comes to EM and Asia. I think there are two aspects. One is it propelled the long-term asset allocation shift from advanced markets to emerging markets, especially Asia. Because the US and Europe were hit hard by the crisis in terms of financial system vulnerability, as well as the sustainability of the system. It helped make Asian assets more attractive.

Also, indirectly, the GFC [global financial crisis] unexpectedly induced further integration into Asia. If you look at the recent trade war between China and the US, there are pros and cons for the Asian economy. But, basically, the integration of the Asian economy will be propelled further.

If you take the example of Japan, for a long time it was a separate asset allocation destination for global investors. But now Japan, in terms of its economic dynamism, there are more exports and imports from within the region rather than the US. And Australia has closer ties to China. Now more than half of trade, on average is happening across the region. [South] Korea 20 years ago, 30% of its exports went to the US. It’s now less than 10%.Having said that, as an integrated region, there are lots of diversification implications for asset allocation. For example, the pension money in Europe. Before the GFC, EMs in Asia was a very small ticket in relation to asset allocation. But at the moment the size is growing as well as integration is growing. That is not for each individual country but as an asset class, as a region. That is another one of the implications of the GFC. It was a signal for the beginning of the Asian era. 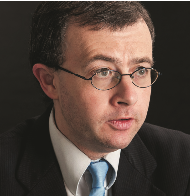 How was Japan affected by the financial crisis?

Japan is closely linked to the US economy. And I remember very well 2008-09, I was in Japan, my [Japanese] brother-in-law lost his job because he worked for a heavy machinery company.

Japan, in a sense, already had its ‘Lehman crisis’ in 1993-94 when Japan’s economy had this bursting of the bubble and you had a massive real estate recession and a massive bad-debt problem. So, in a sense, they’d already been through that but they were impacted by the 2008-09 developments.

What I think we’ve seen since then, just like with the global economy, is a fairly nice pick-up from a low base. Japan was lucky, to a certain extent, because in 2013, after the election of [Shinzo] Abe [as prime minister] they also had a significant weakening of the yen. Basically, the Americans tolerated the yen going back from 90 [yen to the dollar] to 120. That helped buoy the export sector.

Japan remains linked to the global and US economy but China and Asia are its largest trading partners and we treat them as a single bloc. That, of course, introduces new risks – what happens under the ‘Trump tariff’, for example. But it also introduces new opportunities. And the Asian consumer buying what were, until now, Japanese domestic products is an interesting opportunity. 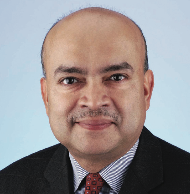 What did the Lehman crisis mean from an asset allocation perspective?

So how has that changed your thinking?

It has become harder to retrospectively think about diversification for a mix of reasons. The crisis essentially makes you aware of how difficult it is to find an all-weather portfolio that will resist a major shock such as the Lehman one.

What lessons would you draw in relation to asset allocation?

The sobering message is that when financial market conditions become very stressed there tends to be a high degree of co-movement across asset classes. And you have to build that into the way you think about asset allocation. And you have got to think about where the equity and credit, and to a degree commodity risk, exists and how dispersed it is through your portfolio. And what you can do by way of building defences.

You have to be sensitive to the fact that there is a regime issue with correlations. That normal times are very different to those in stressed times. Simple diversification may work with minor shocks but with major shocks in may elude you.

So have you changed the way you allocate assets as a result of looking back at 2008?

We are just more humble about being confident in the way assets will behave in stressed times. So, in a sense the scenario-planning aspect becomes more critical. And there is more humility around the fact that some of the defences you might build and some of the ways you might think about managing your risk are actually pretty hard [to implement] in terms of how they’ll perform in a different market environment. It has emphasised how difficult the whole job of asset allocating in a complete cycle is. It really rubbed that home, I think. 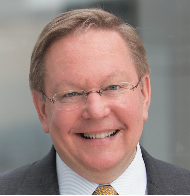 How do you see the financial crisis in retrospect?

The financial crisis remains the most significant economic event of the last 20 years. Many places around the world are actually still suffering from it. I think that it’s only fairly recently that we returned to the levels of investment that we had in the prior times. So I think it’s hard to overstate the importance of that to the economies around the world.

We have learned a lot of important lessons, particularly about leverage and I’m really hoping that we maintain our discipline around how much leverage we want to have in our financial system. So far, I would say that discipline seems to be holding. Every year I worry that more and more people who lived through that will forget just how painful it was.

It has made lasting changes to the investment industry. Most particularly as liquidity within the sell side has more and more dried up because of the regulation that was put into place. We have had to take on many more functions on the buy side that we wouldn’t have done prior.

And as the larger buy-side players have gotten bigger that’s only exacerbated that shift.