Investors suing Tesco in the UK’s high court for losses which they claim to have incurred through the company’s overstating earnings have moved closer to commencing the trial after the company – the UK’s biggest supermarket – failed to strike out the lawsuit.

Update: Tesco have been given permission to appeal against the judgement.

European claimants include Alecta, the Church Commissioners and Unipension Invest.

Others include a range of North American pension plans such as the Ontario Municipal Employees Retirement System (OMERS) and investment companies including Allianz Global Investors.

The lawsuit was filed in late 2016 under Section 90A of the UK’s Financial Services and Markets Act (FSMA), which allows investors to bring a claim against companies that publish statements on which the investors intend to rely and that contain false information, causing a loss.

On 22 September 2014, Tesco had issued a market announcement saying it had previously overstated its expected profits for the half year just ended by £250m.

The supermarket also issued a third profit downgrade for that financial year (2014-15), reporting a fall of 92% in pre-tax profits.

The markets reacted swiftly, with more than £2bn being wiped off Tesco’s share price.

The investors claim that Tesco had made misleading and untruthful statements and omissions to the market in relation to its profits for recent financial periods.

The claimants, who are represented by Stewarts Law, say their losses amount to £150m.

Tesco applied to have the action struck out but in a hearing last week this was dismissed by the court.

The application revolved around the fact that the claimants’ Tesco shares were held, as is common, in paperless form through CREST, registered in the name of the financial institution providing custodian services, and (mostly) in a ‘custody chain’.

Tesco asserted that it was not liable under the FSMA for any untrue or misleading statement in its published information to any claimants who held the shares in a custody chain with more than one intermediary.

However, the court disagreed.

The judge, Mr Justice Hildyard, said: “In my view, I must proceed on the basis that the draftsman [of the FSMA] and legislature did understand the market in intermediated securities, did not intend to strip away the rights of investors who chose that mode of holding their investment, and must have been persuaded that the words they used were appropriate to preserve and enhance such rights. Unless the words cannot be made to bear the meaning intended, then they should be made to do so.” 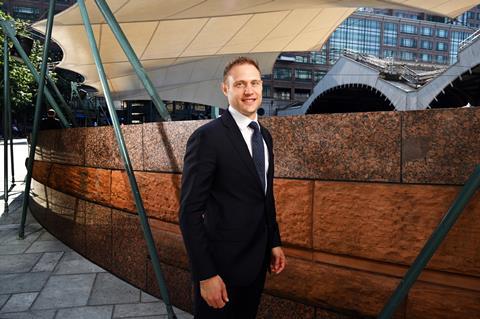 Harry Edwards, head of HSF’s UK class actions practice, said: “The decision settles the uncertainty about whether shareholders who hold shares in electronic format can use statutory protections to claim compensation for market disclosure defects.”

Edwards continued: “Had Tesco been successful, the vast majority of shareholders would have been shut out from bringing such claims. While academic commentators have speculated that this was simply the consequence of the statute book failing to keep up with developments in the way that markets operate, this decision firmly rejects that conclusion. Shareholders who hold their shares in CREST will be able to participate in future shareholder class actions.”

However, he cautioned that the claim in question must still overcome certain obstacles in order to be successful. These include attribution of the relevant knowledge to the Tesco directors, proof that investors reasonably relied on the defect in question when making their investment decision, and proof of loss.