UK public pensions call for accounting watchdog to be disbanded

An influential UK pensions body has called for the country’s accounting watchdog to be wound up and replaced with a proper statutory body.

The Local Authority Pension Fund Forum (LAPFF) – which represents 72 of the UK’s local government pension schemes – made the demand in its submission to a consultation on the Financial Reporting Council’s (FRC) proposed revisions to the UK Corporate Governance Code.

In its submission, LAPFF said it viewed the positions of the FRC’s chair, Sir Win Bischoff, and chief executive Stephen Haddrill untenable and “considers that the FRC should be put into special measures, to be run by commissioners until a new body is set up under primary legislation”.

It is the second time LAPFF has called for the FRC to be wound up and replaced with a new body. It previously demanded action following a parliamentary consultation on corporate governance in 2016.

In its consultation response, the LAPFF highlighted issues raised by several hundred pages of documents released to IPE under the UK’s Freedom of Information Act.

The documents showed that over the course of more than a decade the FRC attempted to thwart efforts by the Office for National Statistics to to classify it as a public-sector body.

The LAPFF submission said: “LAPFF is also surprised – given that the FRC had attempted reclassification since December 2004 – that the FRC did not once mention this, not only in various meetings with LAPFF, but to parliament itself in various appearances before committees.

“All of this appears even more incongruous given that the FRC was appearing before parliament asking for more powers, whilst at the same time in private it was seeking to avoid being a public body.”

In a statement, the FRC told IPE: “The FRC is a public body and has always discharged its duties to the full. Our Code of Conduct and register of interests are publicly viewable on our website.

“We have received over 250 constructive responses to the consultation on a revised UK Corporate Governance Code. Our discussions with a wide range of investors indicate there is broad support for the UK retaining IFRS [International Financial Reporting Standards] after leaving the EU to enable objective decisions to be made about allocating capital.”

The Department for Business, Energy and Industrial Strategy (BEIS) – to which the FRC reports – has not responded to IPE requests under the Freedom of Information Act.

Local authority pension funds have been involved in a bitter spat with the FRC for a long time over whether or not accounts prepared under IFRS present a true and fair view of a company’s financial health. 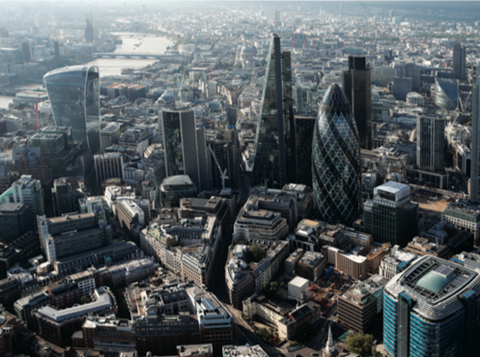 Through the LAPFF, funds have argued that IFRS allows companies to book fantasy profits and pay them out as executive pay and dividends – leaving shareholders such as pension funds to carry the can in the event of a corporate collapse.

In 2016, the LAPFF wrote to FTSE 350 companies – including the now-bankrupt services company Carillion – and urged them to ignore the FRC’s position on dividend payments.

The FRC obtained its own legal advice that contradicted the LAPFF position. However, it has refused to release the instructions it gave to its lawyers, despite a parliamentary question by Liberal Democrat peer Sharon Bowles, citing legal privilege.

LAPFF wrote: “The impact of the problems with the FRC is particularly relevant to executive pay, where the FRC has been noticeably reticent in any criticism of LTIPs. It is also of concern that egregious pay schemes are advised by big four [accounting] firms acting as remuneration consultants.”

Meanwhile, the Investment Association (IA) has called for full parliamentary oversight of IFRS after the UK leaves the EU.

In a letter to BEIS, the IA’s director for stewardship and reporting Liz Murrall called for the UK to have its own endorsement framework for accounting standards.

Murrall wrote: “Investors consider it important that the UK introduces its own independent endorsement process to adopt any new or amended IFRS standards to be applied in the consolidated financial statements of companies that list in the UK.”

Tim Bush, head of governance and financial analysis at Pensions & Investment Research Consultants (PIRC) said he welcomed the position adopted by the IA.

“This is a good letter and a reasonable approach.” he said. “It moves the UK closer to the model of Australia. Parliament must be involved.

“There is clearly a problem with UK accounting at the moment as we have seen with Carillion, Quindell and Tesco. The core issues in accounting standard setting, prudence, and going concern must be under the control of parliamentary scrutiny.”