An independent organisation has been established with a view to growing and improving impact investing in the UK.

The Impact Investing Institute brings together two existing bodies that aim to increase the scale and effectiveness of the UK impact investing market: the UK National Advisory Board on Impact Investing (UK NAB) – set up in 2013 under the UK’s presidency of the G8 – and the Implementation Taskforce on Growing a Culture of Social Impact Investing in the UK, commissioned by the prime minister to take forward recommendations made by an advisory group.

“By combining the energy, supporter base and achievements of these two groups, the institute aims to provide a focal point for impact investing in the UK to accelerate the potential for finance to address social challenges,” a statement on the institute’s website reads.

The institute will be led by the two bodies’ respective chairs, Harvey McGrath and Elizabeth Corley, and will be launched formally in the autumn. They are currently recruiting for a chief executive officer.

It has broad backing across the financial services and social sectors, according to statements from the institute and the UK government, and will be supported by private companies and foundations alongside government departments and the City of London Corporation.

Corley, a senior adviser to and former CEO at Allianz Global Investors, said: “The institute will play a significant role in ensuring the UK continues to stay at the forefront of innovation in impact investing, enabling UK savers to invest in line with their values and have increased ownership over the social outcomes that their money generates.” 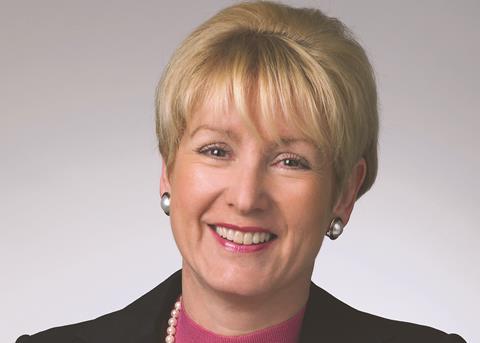 Chairing the Institute’s management board is the next step in impact investing for Elizabeth Corley, former CEO of AllianzGI

On a panel at the UK pension fund association’s investment conference earlier this year, Corley said the implementation taskforce should join forces with other bodies leading on impact investing in the UK to “form a body that can really deliver a consistent and constant point of contact for industry and government”.

The institute said it would engage “across the spectrum of investors and investees – with asset owners, managers and intermediaries and with businesses, social enterprises, and other organisations committed to making a social impact”.

Interest in impact investing has grown rapidly in recent years as climate change has become a higher profile public concern and the UN Sustainable Development Goals have provided the private sector with a framework to guide investment activities. The asset management industry has embraced the goals in a big way, and many asset owners also have strategies informed by them.

The Global Impact Investing Network, an organisation dedicated to fostering impact investing, recently estimated the size of the global market at $502bn (€449bn).

The rapid growth of impact-oriented investment offerings in the mainstream market has also led to concerns about “impact washing” or a dilution of standards.

In April the International Finance Corporation announced a set of “Operating Principles for Impact Management”, which are intended to address these concerns by providing a market standard. Several large asset managers have pledged to adhere to them.

Impact investing refers to investing with the aim of generating social and/or environmental benefits alongside a financial return.