Collective defined contribution (CDC) schemes should not be seen as an adequate replacement for existing defined benefit (DB) plans, according to UK labour unions.

While unions have cautiously welcomed recent discussions about introducing collective pensions to the UK, concerns were raised that companies might adopt the new model as way of closing existing DB plans either to new members or further accruals.

Colin Meech, national officer at Unison – which with 1.3m members is one of the UK’s largest unions – said he saw the CDC model as “a much better system than DC [defined contribution] as you have collective risk sharing”.

However, he warned that CDC plans, including the versions employed in the Netherlands and Canada, were not necessarily a panacea for the problems inherent within the pension fund industry – not least because of their complexity. “Last I heard there were 122 variants of CDC,” he said. 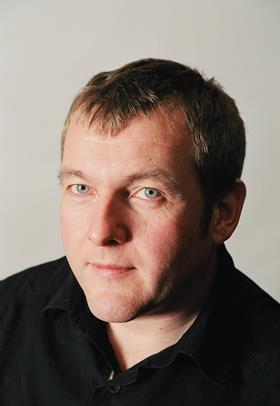 The lack of transparency over costs, the use of external fund managers rather in-house management, and the lack of interest in consolidating funds were all issues that needed to be addressed first, Meech said.

“The issue is whether the system delivers the benefit structure at an efficient level so that employers can commit to the scheme,” he said. “Currently we do it the other way round.

“In the Netherlands, the government considers the scale of a fund to be a fiduciary duty and encourages pension fund trustees to merge their funds. As a consequence, the number of funds has declined from over 1,000 in 1997 to just over 200 or so today.”

The Trades Union Congress (TUC), which serves as the UK’s umbrella union organisation, said it was a longstanding supporter of CDC plans.

In a recent blog, Tim Sharp, the TUC’s pensions policy officer, said there was “widespread support for allowing the introduction of CDC schemes across industry and politics”.

Noting their relative popularity in the Netherlands and Canada, he added: “Collective pensions are moving rapidly into the mainstream.”

Terry Pullinger, deputy general secretary for postal at CWU, agreed. He said he recognised that CDCs might not provide a solution for everyone, but added: “We are absolutely adamant that it is better than DC.

“There is a political sense at the moment, with [UK prime minister] Theresa May talking about a society that works for everyone, that the ground is extremely fertile for an alternative.”

Pullinger and the CWU agreed with Royal Mail in February to introduce a CDC scheme, subject to the necessary legislative changes.

The concept of CDC first topped the pensions policy agenda in 2015, following a reform initiative spearheaded by the then-pensions minister, Steve Webb. However, his successor Ros Altmann shelved the plans, preferring to concentrate resources on implementing at-retirement reforms instead.

The model returned to prominence earlier this year following the Royal Mail-CWU agreement, although the Work and Pensions Select Committee – a group of politicians from the UK parliament’s lower house – had opened an inquiry into the benefits of CDC late last year.

In March, Guy Opperman, the pensions minister, told the committee that the government was looking once more at the pros and cons of the scheme.

“We are minded to assist but at the same stage I don’t want to give cast iron guarantees,” he told the committee.