Ireland is “at an advanced stage” of drafting legislation to implement IORP II, according to a government minister – but the pensions sector remains uncertain about the final timeline.

Regina Doherty, Ireland’s minister for employment affairs and social protection, yesterday told a conference organised by the Economic and Social Research Institute (ESRI) that her department was working towards transposing IORP II “as early as possible”.

The deadline for member states to transpose the EU-wide pension fund directive was 13 January. The EU has launched infringement proceedings against several EU countries relating to transposition of IORP II – although in several cases the infringements are understood to be minor.

Ireland’s pensions industry has been pushing the government to implement IORP II to put an end to the uncertainty facing schemes and employers, but the timeline for transposition remains a mystery.

This week the country’s pensions regulator, the Pensions Authority, published a report on defined benefit scheme statistics in which it said the IORP II Directive “will shortly be transposed into Irish law”.

However, when questioned, a spokesperson for the Department for Employment Affairs and Social Protection said it was “aware that an application has been granted for a judicial review for a set of reliefs and a stay in relation to the transposition into Irish law of the IORP II Directive”.

This was a reference to a move by the Association of Pension Trustees in Ireland (ATPI) and two other plaintiffs to try to block IORP II transposition due to fears about the impact on smaller schemes, in particular small self-directed schemes that are mostly for company directors. The government has indicated that a exemption for smaller schemes would no longer apply under the IORP II regime in Ireland.

The case brought by APTI was due “for mention” in the High Court on 28 May, but this was adjourned until 4 June, again “for mention”, which is for more administrative matters than a hearing.

“Everybody is in the dark a bit about what the timeline is for transposition,” said Jerry Moriarty, chief executive at the Irish Association of Pension Funds (IAPF).

“It was clearly delayed even before there was a court case so I’m not sure whether that’s a side issue or a real issue for transposition,” he told IPE.

Today we welcomed Minister @ReginaDo to open our #Pensions and #Retirement conference. Researchers presented findings from work carried out as part of a joint programme with the Pensions Authority. https://t.co/qV0KbrAm8J #ESRIevents pic.twitter.com/KU1RTKfvsB

The IAPF held its annual defined contribution conference today, and Moriarty said the association would call for IORP II to be transposed as quickly as possible. 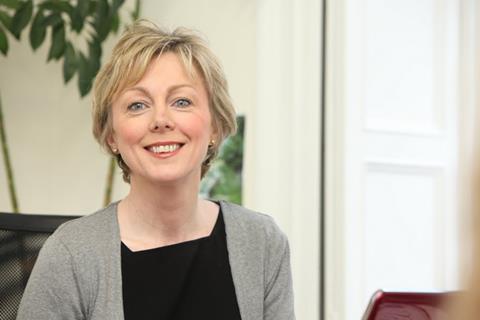 In her speech yesterday, Doherty also spoke about the government’s plans to introduce auto-enrolment. Findings from consultations and research would be delivered to the government “in the coming months and I look forward to the scheme commencing, as planned, in 2022”, she said.

ESRI was commissioned by Doherty’s department to examine the potential macro- and micro-economic impacts of auto-enrolment.

According to figures from Ireland’s Central Statistics Office and cited by Doherty, 35% of private sector workers were signed up to voluntary pension plans in 2018. This figure rose to 47% when public sector arrangements were included.

“Despite considerable efforts over many years by the state and the private sector to incentivise voluntary pension participation, pension coverage has failed to increase in any way significantly,” she said.