1
US Equities: Opinions differ on valuations

• There is a huge disparity in expected returns in US equities.
• Valuations are fluctuating around a new mean.
• A bear market in US equities is still possible.
• Other markets look relatively more attractive.

Beauty is in the eye of the beholder for investors in US equities. The US may represent less than half of the global market but that did not stop American investors from allocating over 70% of their equity assets to the US in mid-2016, according to the International Monetary Fund.

That size of allocation could be foolhardy – GMO is expecting real returns in US equities to average 4% a year over the next seven years. But the disparity between investor behaviour and the projections of managers such as GMO reflect the problem in determining whether US equity valuations are reasonable, given the expected future economic backdrop.

GMO’s views are certainly at odds with many of its peer group. For example, Hani Redha, a portfolio manager at Pinebridge, says he is expecting returns of more than 6% a year over five years for large-cap value and small caps. The problem, as GMO portfolio strategist Tommy Garvey points out, is that while valuations have always been a good predictor of eventual outcomes, they are a bad predictor of timings.

Using Robert Shiller’s cyclically adjusted price/earnings ratio (CAPE) the conclusions are stark. There have only been three times in history when it peaked at higher levels: the 1929 crash; the internet bubble of the late 1990s; and just prior to the global financial crash in 2008. 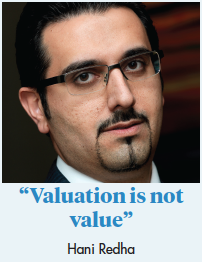 Shiller uses 10-year averages and GMO looks even further back, but how reasonable is it to use such long-term historical data to look at the immediate future? ‘This time it is different’ is a phrase used often in financial markets only for exactly the opposite to be proved shortly thereafter. But as even the doyen of value investors, GMO’s founder Jeremy Grantham, says in his latest quarterly note, it can be dangerous to assume that things are never different. A clear case is the change in P/E ratio averages for the S&P 500 pre and post 1996. The 1935-95 figure averaged 14, while post 1996 it has averaged higher at about 23. As Grantham admits, the market has been acting as though it is oscillating enough but around a higher average P/E.

The global economy and corporate structures have changed enormously over the past 50 years. The move from manufacturing towards services means the level of working capital required and the kind of returns on equity and earnings growth that are achievable today are all different from the environment prior to globalisation.

Long-term averages introduce many factors that create distortions that are irrelevant to current conditions, argues Redha. The issue becomes the extent to which the world has changed to justify the significantly higher US valuations. 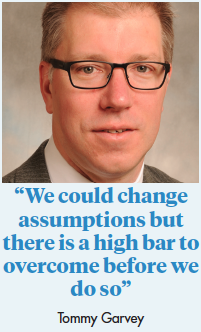 But even looking at valuations using other metrics the US looks expensive. On an enterprise value/sales basis, the US is only beaten by Canada and both are trading roughly two standard deviations above historical norms. Cirrus Research sees Asia-Pacific as having the most attractive valuations, trading just below historical norms, says CEO Satya Pradhuman.

Redha argues that “valuation is not value”. Return expectations are built on three elements – the current cash streams from equities, the future expected growth and the repricing element, which is the change in P/E valuations. What a P/E ratio misses is the growth element. For example, if earnings growth levels are much higher than historical levels, what does that imply for P/E ratios? If you just use historical figures, you are creating distortions in terms of what was achievable in the past compared with what is achievable in the future.

Taking a forward-looking framework of five to seven years, will there be a mean reversion of margins and so a reduction in earnings growth? Margins have risen by about 30% post 1997 compared with the pre-1997 era, according to GMO. What would it take to push them permanently back to lower levels? Lower interest rates have been a key factor but, as Grantham argues, the reason they have not been competed away can be plausibly explained by factors such as increased monopoly power by large US corporations (the FANGs: Facebook, Amazon, Netflix and Google/Alphabet).

Factors such as low interest rates, low labour costs and a collapse in commodity prices are likely to be reversed. Does that mean prospects for US equities are looking bad? Redha argues not. This business cycle has been unusual in that it has not been led by capital investment and productivity improvements. Firms have had high margins and did not have to worry about having to improve productivity. Yet capital investment intensions and business confidence are now near five-year highs. 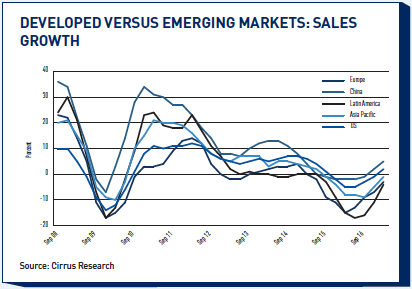 Conversely, firms are going to suffer pressures on margins because interest rates and wages are rising while commodity prices are not going to go any lower. “We think the US is not in late cycle, it is mid-cycle, because all this productivity-enhancing investment and capex [capital expenditure] is ahead of us. It has not happened yet,” says Redha.

According to Cirrus Research, sales growth is resurfacing across the world, with the US and China appearing strongest.

Low sales may be the reason why volatility in markets has been low, says Pradhuman.

The Trump boost post the US President’s election may not be illusionary. Trump’s tax plans may be too controversial to have much impact soon, but his biggest impact will be through deregulation, argues Redha. Deregulation is much easier to do than tax cuts, infrastructure spending or trade policy or anything else, as it does not need to go through Congress.

Trump can put in the right people to start peeling away or reinterpreting regulations without much interference from the House or Senate. This is probably the most important factor that has been suffocating US businesses and especially small businesses. “It has been a significant drag and the extent to which the exponential rise in regulation that we have seen post crisis has been dragging down growth potential and margins particularly for domestic small companies has been completely underestimated,” says Redha.

With hindsight, this is a typical reaction to a financial crisis that was arguably the result of insufficient regulation. But many would argue that regulation has now gone too far and turned into a monster. Peeling away layers of regulation will have the greatest impact on small caps and financials. The problem is that even they look expensive, according to GMO’s analysis.