The $1.3bn Massachusetts-based Cambridge Retirement System filed a class action in the US District Court for the Eastern District of Virginia in late November, claiming the merger contravenes the Securities Exchange Act of 1934. The action was brought on behalf of all Towers Watson (TW) shareholders eligible to vote on the merger.

On 30 June 2015, the TW consultancy – based in Arlington, Virginia – and brokers Willis, whose headquarters were in London, announced an agreement to merge. 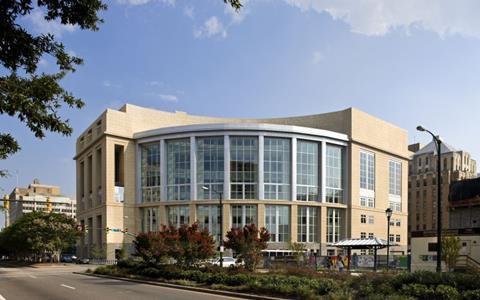 The Richmond courthouse for US district court eastern district of Virginia

Under the merger terms, TW shareholders would receive 2.649 shares of Willis stock and a $4.87 per share cash dividend, in exchange for each TW share. The agreement gave TW shareholders a 49.9% stake in the combined entity, with Willis shareholders owning a majority 50.1%.

The merger needed approval by a majority of TW shareholders and, according to the filed complaint, it became “immediately apparent” that many shareholders were dissatisfied with the consideration they would receive in the deal. Recognising the waning shareholder support for the merger, the TW directors authorised their chairman and CEO John Haley to renegotiate the deal terms, including both the exchange ratio and the cash dividend.

According to the court papers: “Haley, however, had an economic incentive for the deal to be consummated and when he recognised that TW shareholders would likely reject the deal, Haley conspired with Willis executives and a major Willis shareholder, ValueAct, to secretly help them execute this transaction.”

The papers continue: “In particular, Haley decided to sell out TW shareholders in exchange for an undisclosed promise of a three-year, US$165m pay package when Haley became CEO of the merged company. In return, Haley did not negotiate to maximise the value of TW shares in the merger and instead worked to persuade TW’s board and shareholders that a meagre US$5 increase in the special dividend was the most he could extract from Willis.”

The complaint maintains this led to “false and misleading representations” being made to investors in the TW and Willis joint proxy materials. It claims the proxy materials also omitted the fact that Haley had negotiated his compensation as the future CEO of the combined entity, and that several statements made by Haley in support of the merger were secretly “ghostwritten” by ValueAct.

It concludes: “As a result of these material misrepresentations and omissions, TW shareholders were misled into accepting consideration from the merger that was well below fair value for their TW shares.”

The merger between the Willis Group and Towers Watson closed in January 2016.