Do widespread narratives about speculative bubbles stand up to the evidence?

According to popular narratives, episodes of market bubbles are replete throughout financial history. Some commentators argue that current valuation levels may reflect the emergence of bubble-like conditions.

But what exactly is a bubble, and what does the evidence say? A new book published by the CFA Institute Research Foundation[1] argues that more critical analysis is needed.

It is often taken as fact that speculative bubbles periodically arise in capital markets, and that these bubbles have characterised famous historical episodes.

Consider three famous textbook examples: Dutch “Tulipmania” in the 17th century, the “Roaring Twenties” stock market exuberance preceding the Great Depression of the 1930s, and the Internet stock crash of 2000.

Each of these periods is frequently cited as compelling proof that bubbles are real, and that they can seriously rupture financial markets when they invariably burst.

Bubbles are typically split into two broad groups. First, there are classical bubbles, which arise due to irrationality from investors – speculative buying frenzies that are usually followed by a dramatic collapse in prices.

Second, the so-called modern bubble definition, where bubbles arise when an asset’s price rises significantly above its fundamental value.

But should we accept the received wisdom on the existence of these bubbles so readily? In a new book for the CFA Institute Research Foundation, David DeRosa makes the case that both empirical and theoretical arguments commonly made to explain the existence of bubbles are unconvincing.

DeRosa’s study takes a three-pronged approach. He first examines empirical tests for bubbles and whether they hold up; second, reviews neoclassical finance and bubble theory; and, third, assesses famous bubble episodes from history.

He argues that one of the main reasons the existence of speculative bubbles often goes unquestioned is that bubbles make for compelling historical explanations and stories.

But dig beneath these narratives, he says, and much of the purported evidence is based on faulty research of historical episodes – or even “outright errors” in analysis. The evidence is also largely anecdotal and fails to stand up to more rigorous scholarship.

Moreover, there is the problem of ex post conditioning bias – where bubbles are identified as such only because they end in a crash.

DeRosa also challenges complex theories of bubbles, such as those which come from the world of mathematical finance, as either implausible or overly elaborate.

He argues that if we adhere to the principles of Occam’s Razor – which cautions against explanations that add unnecessary complexity – then rational models provide a simpler alternative which can better fit events.

Consider the episode which is considered by many to be the quintessential example of a stock market bubble: the dramatic rise of internet stock prices in the late 1990s, culminating in a spectacular crash in March 2000.

On the surface, it appears obvious that market prices rose well beyond anything resembling their fundamental values.

But DeRosa points to two Bayesian Learning models put forward, most notably by the academics Lubos Pastor and ‪Pietro Veronesi, which suggest that there was rationality in the wave of IPOs and the valuation of tech stocks that characterised the period.

Under this explanation, the crash was rational pricing at work. Brutal as it was, it was indicative of the way in which the stock market priced the shares of new industries. The crux of the narrative is this:

“What happened to the NASDAQ [in March 2000] is simple. The market changed its outlook for these companies, realizing that the hoped-for profits would not materialize. Having come to anticipate substantial disappointment instead of a profits bonanza, the market violently adjusted stock prices downward.”

In a similar fashion, DeRosa argues that rational models based on Bayesian Learning techniques can explain the great stock market crash of 1929 following the bull market of the 1920s. Whatever one’s prior beliefs, the analysis challenges established paradigms and forces us to think more holistically about market dynamics.

What is the significance of this debate? In DeRosa’s view, there are at least two underlying reasons it matters. First, if bubbles do indeed exist, they would seem to invalidate many of the central doctrines of neoclassical finance.

As he puts it: “If this were true…The most important tenets of the field—rationality, no arbitrage, market efficiency, and fundamental valuation—might be invalid, and the entire field might need rethinking.”

There are many economists, of course, who argue that such a rethinking would be welcome. DeRosa argues that while throwing out the central tenets of neo-classical finance is not unthinkable, it ought to require more robust evidence than currently exists. 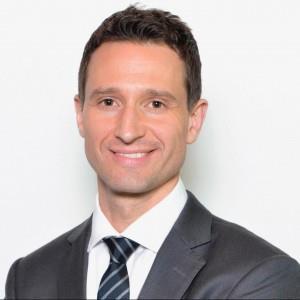 Second is the contention that investors, generally speaking, are not naïve. DeRosa disputes the frequently-made claim that investors blindly charge into bubbles, propelled mainly by greed. He cites the index fund revolution as evidence that much of the investing public implicitly trusts the efficiency of equity markets.

But does this all imply that that we can discard conventional thinking about bubbles? Probably not.

DeRosa is a self-declared bubble sceptic but he concedes it is wholly plausible that some historical episodes may have been bubbles. His argument is that many purported bubbles reflect inaccurate readings of history or mistakes in analysis.

Proponents of bubble theories point to clear evidence in equity markets of large booms followed by crashes, often with long-lasting economic consequences. Whether these can rightly be defined as bubbles may, outside the rarefied world of academia, largely be irrelevant.

What is pertinent is that they have salient implications – for example, for questions around investor protection.

Consider this: if bubbles are nothing more than embellished narratives, does this imply that investors should not be concerned during times when asset prices are rising rapidly? Hardly. As Eugene N. White notes in his essay: ‘The Fundamental Things Apply: How to Face Up to Asset Market Bubbles’:

“Bubbles are dangerous for the individual and the economy as a whole because market prices of assets no longer reflect their fundamental values and thus distort the decisions of households, businesses, and the government sector. Households will consume more and borrow more under the bubble-induced illusion that they are wealthier.”

Perhaps the most important insight from DeRosa’s research is not the contention that bubbles probably do not exist. It’s the call that historical episodes which are often widely – and in his view, lazily – characterised as bubbles demand much more rigorous critical analysis.