What might the UK Pension Schemes Bill and upcoming changes to the funding regime mean for managing DB schemes?

Upcoming changes to the funding regime are designed to drive risk out of the system over time, something for which The Pensions Regulator (TPR) was criticised in the early-to-mid 2010s. However, the political climate appears to have changed following some high-profile corporate failures involving underfunded pension schemes.

Following the government’s consultation in 2018, there is now a general acceptance that most schemes should be planning on the basis of reaching a suitably low risk state once the scheme is mature.

The changes that were brought to parliament in January 2020 through the Pension Schemes Bill will introduce a new requirement for trustees to document and agree with the sponsor, a clear long-term strategy for how the scheme will be managed, which will be known as a “funding and investment strategy”.

Much of the detail will be specified in regulations that are yet to be revealed. TPR is expected to launch an initial consultation next week that will inform changes to the regulations and lead to a revised code of practice on scheme funding.

The expectation is that this new code will articulate the TPR’s expectations about how funding and investment strategies should be set in view of a scheme’s particular circumstances, including their proposed options of a “fast track” or “bespoke” approach to regulatory review.

The industry needs to be wary that the new requirements do not lead to unintended consequences. On the whole, the current funding regime introduced in 2005 has worked, although by its ‘scheme-specific’ nature has given rise to a wide variety of approaches to managing defined benefit (DB) pension schemes. 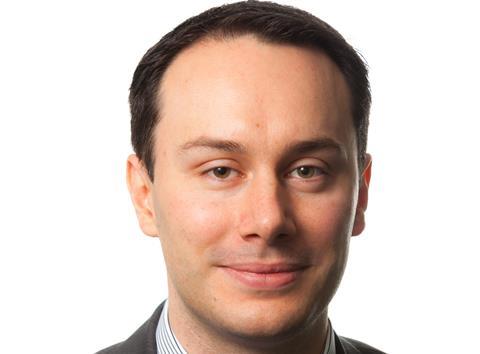 Adam Boyes: The industry needs to be wary that the new requirements do not lead to unintended consequences

We believe there remains a compelling case for a regime that reflects individual scheme circumstances. However, the flexibility and inherent subjectivity of the current approach has presented challenges for TPR in policing the landscape of some 5,400 DB schemes effectively and efficiently.

The short-term element of strategies is expected to be more like the existing regime, with the current circumstances of the scheme and the sponsor’s covenant taken into account. However, TPR’s intention is clearly for schemes to agree long-term funding objectives that will be much less reliant on covenant as the scheme matures.

Putting in place such strategic plans may in some cases mean higher funding targets and more onerous contribution requirements unless any gap is met through investment outperformance.

The government is clearly hoping that the discipline of articulating a clear long-term strategy, and the trustee chair being expected to account to TPR for how this is being achieved, will focus minds on monitoring and managing the associated risks.

Defining an approach for delivering benefits in the long term

In our experience, many (but certainly not all) schemes have already established some form of long-term funding plan that is kept under periodic review and against which the scheme is managed. For such schemes the new requirements will be an opportunity to revisit and reaffirm those plans, ensure they are consistent with their ongoing funding approach and check that there are no other gaps under the new regulatory requirements.

Depending on where the new code of practice lands, schemes will also want to consider what changes would be needed to clear TPR’s “fast track” hurdle and assess the pros and cons of going down that route versus the “bespoke” regime.

There is also likely to be some work needed to ensure that any plan is documented in a manner consistent with the new legislation and the new code of practice. For some of these schemes, any requirement to agree the long-term strategy formally with the sponsor could present challenges when compared with the existing position.

In many cases, trustees and sponsors will want to consider developing a clearer path to delivering benefits in the medium to longer term. We suspect that while some will set out a clear intention to buyout with an insurer, the majority will want to retain greater flexibility.

We expect that for many larger schemes, the plan will be to retain the scheme in a run-off mode over the long term, albeit still with an increasing appetite for managing longevity risk over time (e.g. through longevity swaps and buy-ins) as this becomes the increasingly dominant risk to the successful delivery of the strategy.

Trustees may be concerned with the prospect (under the Pension Schemes Bill) of being required to agree certain investment strategy matters with the sponsor, where to date all that has been required in connection with investment is sponsor consultation. Conversely, sponsors may see this as an opportunity to have more influence over the investment side of the funding equation in return for signing up to a long-term plan for managing the scheme.

Much will hinge on precisely what the regulations require and how these interact with existing trustee investment powers; in particular, how much detail needs to be included on the investments that the trustee intends to hold and the consequences of deviating from those intentions.

It also remains to be seen how quick TPR will be to use its powers where agreement isn’t reached, including its new-found power to direct how a scheme must revise its funding and investment strategy.

Adam Boyes is head of trustee consulting and a senior director, retirement, at Willis Towers Watson