With a direct and significant impact on the prices that pension and other funds receive for the securities they buy and sell, pre-hedging is a key market cleanliness issue with broad implications for the investment industry, but also the end-investor and the public at large. It should not be overlooked this time around for it could become a LIBOR moment for market confidence.

The European Securities and Markets Authority (ESMA) recently closed a call for evidence on pre-hedging, having given our industry and other market participants the opportunity to provide insights into the current practice, and their perspective on what appropriate guidance should look like. We welcome the renewed focus on this issue, and we believe it is critical that the output of this exercise leads to a new set of rules clearly defining and eliminating pre-hedging.

The call for evidence, which closed on 30 September and whose conclusions are still to be published, is a follow-up to the Market Abuse Regulation (MAR) Review carried out by the regulator in 2019. In its final report after the MAR review ESMA acknowledged that there are fundamentally different views on both the definition and the appropriateness of pre-hedging highlighting the urgent need for clarification of the rules around this practice. The result was the current call for evidence to provide the needed clarity.

What’s in a name?

The financial services industry loves using jargon, some of which are misnomers. One such misnomer relates to the use of the word ‘hedge’. For example, hedge funds are, for the most part, no longer market neutral but often offer highly leveraged directional exposure to the markets. Nonetheless the word ‘hedge’ is retained in their titles.

Pre-hedging is another such misnomer as some market participants use this expression to justify a behaviour that might more accurately be characterised as front running. Rather worryingly, proponents of the practice account for a large amount of the volumes that are transacted in the European markets.

So called pre-hedging occurs when a liquidity provider that has received a request for a price quote from a potential counterparty (sometimes referred to as a Request for Quote or RFQ) trades in the market prior to finalisation of any transaction with the requesting counterparty. This, proponents say, is done to ‘hedge’ the position that the liquidity provider might acquire if it actually trades with the counterparty making the original pricing request.

In this circumstance, liquidity providers who engage in pre-hedging sell company X shares for their own account in the market on the basis that that this trade would offset or ‘hedge’ the position that they might acquire if the asset manager accepts their bid price to buy the company X shares. These liquidity providers claim that such an approach enables them to provide better pricing and liquidity. 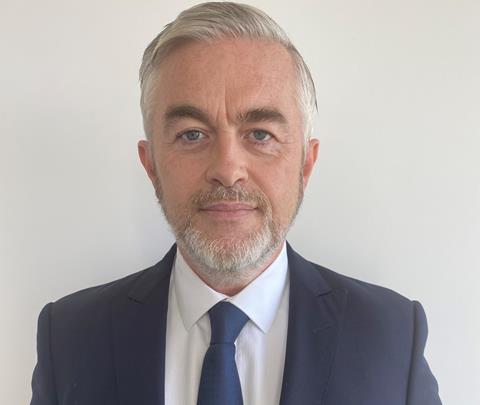 Who stands to gain?

Pre-hedging shouldn’t be acceptable for a number of reasons. First, we must address the age-old question: cui bono? There isn’t any evidence that pre-hedging improves prices for clients. Indeed, if a liquidity provider sells before the price is agreed with the client, their proposed bid (and the bids of other competing liquidity providers) may be adjusted lower based on a move in the share price arising from these pre-hedging market sales. This results in a worse price for the client.

Second, if all liquidity providers ‘pre-hedged’, then multiple orders would be sent into the market resulting in a disproportionately negative impact on the market price and consequently the price that the client receives.

Pre-hedging, however, is likely to result in a favourable outcome for the liquidity provider that pre-hedges - if they sell and they win the trade then they may have sold at a better price than they buy from the client. If they sell and they don’t get awarded the trade, their short position will be advantaged by the downward pressure on the share price arising from the sales of the liquidity provider who won the trade. This results in a ‘heads they win, tails they win’ outcome for the so-called pre-hedgers.

ESMA correctly identifies these problems in the CFE when it states “a liquidity provider pre-hedging when in competition with other firms might trigger a price movement which in turn affects the quotes subsequently offered to the client by other liquidity providers. This ‘first mover advantage’ effect could not only render the pre-hedging party better positioned to win the trade, but it could also impact the final price at which the trade is executed.”

We fully share this concern, which we see as a high and real risk. Absent a total ban on pre-hedging, a partial solution would be for ESMA to make it clear that pre-hedging is not permitted at a time when a liquidity provider is in competition with several other liquidity providers to respond to a request for a quote from a counterparty.

If ESMA and EU policymakers want to ensure confidence in European financial markets, they should act and put an end once and for all to this damaging practice for our industry, our counterparties, and end-investors. This is not only about mitigating risk, but also about building a more cohesive, competitive, transparent and efficient capital market in Europe and, indeed, one better equipped to compete with other major markets.

Greater confidence will bring more participants, which will in turn improve markets and prices for everyone. Doing otherwise and not bringing a clear set of rules around this practice is only going to lead to a continued lack of clarity, meaning a perpetuation of different interpretations and approaches between markets, participants, and regulators.