Viewpoint: Managing euro zone sovereign risk in the face of the pandemic

Considerations for pension plans and other institutional investors

Government bonds are a key asset class for pension fund investment, allowing matching of long-term fixed liabilities. Sovereign risk, understood as the risk of default on government bonds, has historically been seen as low or zero in many developed economies.

Government bonds have been perceived as “risk-free” instruments, in part due to an implied capacity for countries to simply print more money should the ability to meet interest or maturity payments be called into in question.

With the global financial crisis of 2008, and subsequent debt crisis in Europe, several euro zone economies have seen government bond yields rise well above what might be considered risk-free rates within the market.

The implied sovereign risk reflects high levels of public debt in these countries together with the lack of any real room for manoeuvre given membership of the euro zone.

In particular, Greece came close to possible exit from the euro zone, and in 2012 effectively defaulted, forcing a 50% haircut on Greek government bonds (GGBs) held by private banks, insurance companies and pension funds.

Pension plans holding GGBs saw the value of these assets slashed, while liability values were unaffected. Some pension plan management boards were forced to look at cuts to benefits and increases in contributions in order to plug a hole in solvency produced almost overnight.

With COVID-19, the devastating effect on major economies of the pandemic is likely to mean that governments are going to find it even harder to balance budgets and will need to increase borrowing significantly.

Within the euro zone, highly-charged negotiations around euro bonds and now the Recovery Fund have already tested euro zone cohesion and resolve.

Within the euro zone, highly-charged negotiations around euro bonds and now the Recovery Fund have already tested euro zone cohesion and resolve.

Southern European economies have alleged a lack of solidarity, while their antagonists have insisted on any funding having to come with strings attached.

It remains to be seen whether this funding will be effective or sufficient, particularly given the question of likely future austerity measures.

Thanks to the pandemic, the likelihood of sovereign default and/or possible exit from the euro zone may now increase further. Major euro zone countries such as Spain and Italy, as well as Greece, may be in for a rough ride, and could come to confront some of the same decisions that Greece faced a decade ago.

Measuring and managing sovereign risk now becomes very relevant for financial institutions holding bonds issued by the governments of these countries. For insurers subject to Solvency II, while “Pillar I” does not require that capital be held to buffer sovereign risk, “Pillar II” requires an “own-risk” assessment.

Sovereign risk is not excluded from this own-risk assessment, and hence could in theory lead to an associated capital requirement.

The situation for pension plans may be similar in practice. Pension plans are not subject to Solvency II-style capital requirements, but risk management practices (and in particular the “own-risk” assessment for IORPs under the EU’s IORP II directive) should take account of sovereign risk.

However, in all cases, measuring sovereign risk can be challenging, for example due to a lack of relevant historical information.

Furthermore, pension funds and insurers may often not invest in fully-diversified portfolios of bonds. If located within the euro zone they might in theory seek diversification by purchasing bonds of different issuing euro zone governments.

However, in practice a strong tendency to invest more in domestic government debt is observed. For insurers, investment in government bonds rather than other asset classes is effectively incentivised thanks to the lack of associated capital requirements under Pillar I noted above, and this can also lead to reduced diversification.

With the potential for a serious debt crisis now set thanks to the COVID-19 pandemic, pension plans and insurers with exposure to domestic sovereign risk within the euro zone might therefore take into account some considerations that can influence management of this risk:

The good news is that these considerations for risk management may indicate that the sovereign risk faced by financial institutions in practice can perhaps be lower than that suggested by pure theory. They also point to mitigating actions that can be taken now. 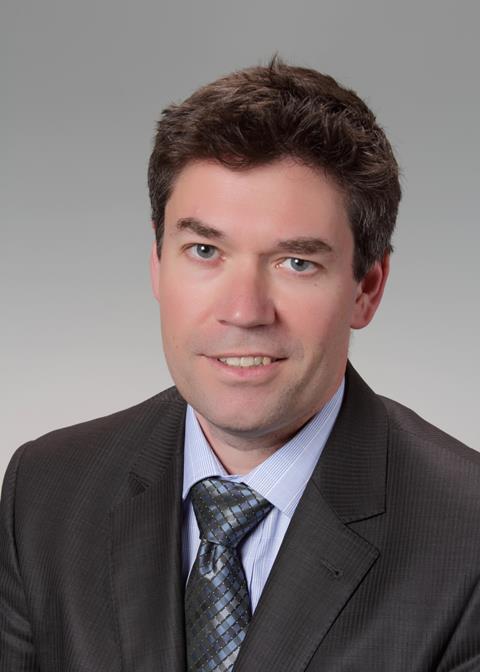 It is worth emphasising that the experience of Greece has shown that exit from the euro zone can become a real possibility when obligations close in – and in fact a return to the drachma was supported as a solution by the World Pensions Council.

In fact, for Spain and Italy, exit from the euro zone could arguably be more politically acceptable than default. It may therefore be unwise to consider strategic asset allocation with respect to euro zone sovereign bonds without considering the redenomination dimension.

For the euro zone, the factors influencing sovereign risk and its potential effects therefore go beyond simple considerations of direct exposure to risk and the possibility of haircuts.

In the face of economic instability due to the COVID-19 pandemic institutional investors would be wise to consider sovereign risk carefully, even where not explicitly mandated to do so by regulation.

Dominic Clark is a principal and UK-qualified consulting actuary at Milliman, based in Madrid. With more than 25 years of international experience, he carries out both insurance and pensions work for clients across Southern Europe and CEE.