Peter Kraneveld argues that ESG and SDG investments are held up to a false standard, underestimating their real revenue and hindering solutions.

Economists know that GDP figures are inaccurate. At best, they measure value added. That’s like saying your house produces no value, unless you sell it for more than you bought it for.

To escape an even narrower benchmark created by Karl Marx, the salaries of civil servants is added to GDP as the value added of the government.

There are many attempts to include what cannot be measured in money, such as health, education, employment, safety, political freedom, justice and other factors that promote well-being.

Famously, Gross National Happiness is a measure actively used for policy purposes in Bhutan after 1972. The OECD has developed its Better Life Index a collection of indicators.

Individuals can assign a value to the indicators, create their own benchmark in this way and compare their idea of wellbeing with the reality in their own country, region or other countries.

The individual benchmarks can be accumulated to revealed national preferences. In its series of publications How’s life? The OECD tracks developments in wellbeing.

The sustainable development goals (SDG) of the United Nations may be thought of as a political agreement on factors that promote well-being in developing countries.

While it is remarkable that the agreement has come about, it has also brought out that there is no global consensus on how wellbeing should be measured.

An investment’s contribution to wellbeing is ignored and this is exactly the strong suit of ESG type investments. The consequences are perhaps best shown with examples.

The vast majority of scientists agree that climate change is an urgent danger. One of the largest contributors to the problem is the oil industry.

Measure only monetary returns and the outcome is to try and wring as much as possible return out of existing fields, using lobbying to hold off legislation as long as possible.

In view of the consequences of climate change, this is against everyone’s best interests, including that of the oilmen themselves. Fold in factors of wellbeing and the outcome is diametrically different.

Another example is managers in charge of medical institutions. They typically try to run their institutions as a business. Therefore, they see supplies as waste, counting on the market to re-supply whatever is needed in a timely fashion.

When a pandemic comes along, disrupting supply lines, the medical institutions find themselves unable to function normally for lack of equipment at the time their services are needed most.

Apparently, medical supplies have a welfare value of themselves that was never measured, therefore ignored.

A third example is that modern agricultural methods are threatening bees, vital for agriculture. A recent study monetised the annual value of bees to US agriculture at $2bn. Yet, that value is not included in the price of US agricultural products, so agriculture continues to damage itself.

People haven’t learned, though. The US Labour Department is promoting rule changes to ERISA to measure ESG investments by monetary returns only.

Everybody seems to accept the outcome of studies comparing the monetary return of generic and ESG investments as valid.

In the case of SDG’s, there is a partial escape hatch. Those who profit from the wellbeing effect are the receiving countries. Their governments can buy these external effects with subsidies, financed by development aid or by their own budget, financed by an externalities consumption tax.

A national or regional (UN) investment bank could serve as filter, dealing in monetary terms with the investor and in wellbeing terms with their sponsor. 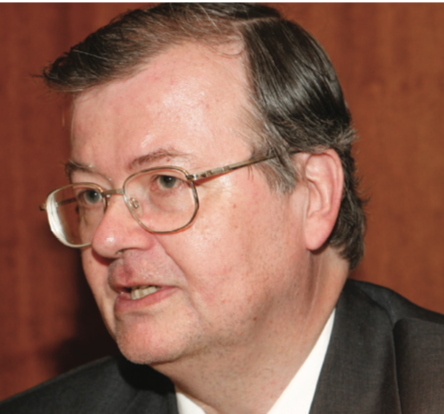 Yet, it is a partial solution, as wellbeing leaks quickly to other economies – preserving Brazil’s jungle helps everyone – so that a free rider problem looms.

What humanity needs is more such instruments for the integration of external effects into price. The EU nomenclature is but a modest step towards that goal.

The financial sector could play an important role in the integration of externalities into price, making it possible to tax away the advantages of the free riders.