Viewpoint: The quagmire of ethics

Ethical investing – defined here in the broadest terms – is more popular than ever. This focuses on investing in companies whose beliefs and practices align with an investor’s values as they pertain to the company’s impact on society.

The popularity of this investment approach appears to be growing significantly. Thirty years ago it seemed particularly associated with excluding various options – not investing in tobacco or South Africa or genetically modified foods. The aim was not to invest in things you believed to be unethical, immoral or simply wrong

Over the years it has become more inclusive where investors seek out companies, products or people that represent their own values. Thus, they search for possible investment opportunities that tick several boxes: environmental concerns; labour relations and/or product application, for example.

More recently the concept of sustainable investing, which combines a concern with the environmental and social impact of an organisation with its overall good governance, has come to the fore. Some are interested in diversity in the workforce, the company’s selection procedures as well as its management practices. The word ‘diversity’ has entered the day-to-day nomenclature and is thought of as essential and positive.

Sceptics call ethical investing ‘virtue signalling’. Is it a cynical strategy to get a bit of good public relations (PR) or is a wise move that can be justified to all company stakeholders?

This approach begs several questions. The first, is the meaning of ‘ethical’. To many, this may be relatively simple and straightforward, yet any student of ethics will tell you that there are several competing systems.

Consider an example that ethicists like to discuss, namely, the allocation of scarce resources such as when deciding how to rank people for a medical treatment. Those, like me, who have worked in the area, have identified eight different possibilities: a lottery; first come, first served; sickest first; youngest first; the number of lives saved; the prognosis or life-years saved; the social value of the individual to the community; and reward for past social contributions to the society. Which is ethical? The answer is in the eye of the beholder since they can all be justified by different arguments.

This is why ethics committees have been criticised. People not trained in ethics are often unaware that different and justifiable ethical codes can be applied to the same situation. The cynics among us might say that most ethics committees are there to diffuse responsibility and ward off possible litigation.

Ethical investors often focus on one or two issues such as child labour, environmental destruction and political regimes. The problem is that businesses are amazingly complex; ticking one set of boxes might involve crosses in others.

Second, there is the probable, trade-off between ethics and profit/efficiency. Would an investment decision be different if it were established that ethical investing yields lower returns? The question arises as to the magnitude of the trade-off. It is possible to argue with data that you can have your cake and eat it: namely that you can invest ethically(ish) and make as much money as investing un-ethically or a-ethically?

Business ethics is primarily about resolving conflicting interests between different parties. It concerns the application of tests of fairness and integrity. This is essentially about rights, duties and a shared sense of moral values.

Business ethics pervades all of life. Its  questions apply at different levels. At the social level, questions concern the ethics of dealing with certain countries, the desirability of capitalism versus socialism, the role of government in the marketplace. At this level the discourse is about societies and principles.

At the stakeholder level, questions concern the employees, suppliers, customers, shareholders and those related to them. Ethical questions here are about the company’s obligation to these various groups.

At the company-policy level, the questions concern all the company’s rules and regulations, the ethical implications of lay-offs, perks, work rules, motivation, leadership, payment schemes. 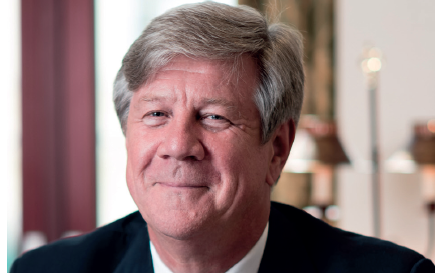 Two corporate social responsibility questions seem to dominate at the moment. First, why is ethics so high and, indeed, getting higher on the business agenda. One answer seems to be the numerous financial scandals and the fact that consumers and investors appear to be losing trust in business.

The second question is whether ethical organisations do better than others. The data is difficult to obtain and the vested interest in the answer too high.

However, many do not fully understand that the application of business ethics is not just about the application of rules and being ‘legal’. Indeed, it may be argued that excessive regulation and compliance undermines ethics because it stops people thinking for themselves. You cannot impose integrity.

Years ago, the Nobel Prize-winning economist Milton Friedman proposed a radical alternative to the issue of ethics. He argued that businesses should concentrate on producing goods and services efficiently and legally, in open and free competition and without deception and fraud. All the socio-ethical problems should be left to concerned individuals and government agencies.

Others argue that organisations and the business community do have some responsibility to act in what they see as the interests of society. And to pursue and advocate ethical positions.

Business ethics and practices are often culturally specific; what is thought of as desirable or acceptable in one culture may be quite different in another.

Relativism prevents moral decisions from being resolved. Clearly, ethical principles can be adapted for certain situations or groups. Where ethical principles and codes come into conflict, issues need to be resolved, perhaps by appealing to a new higher-order principle.

Ethical investing, which looks so simple and desirable, is a minefield.