Equity investors often seem to get a mild case of the jitters at this stage in the business cycle. This is typically a time when a resurgent economy has already triggered a significant market rally and a clear-cut rotation into cyclical stocks.

This is also when worries over inflation resurface in the wake of rising commodity prices, leading central bankers to adopt somewhat less complacent messaging. At this point, fixed-income markets generally start showing signs of stress as well, with rising bond yields reflecting a return to GDP growth and the first expectations for higher inflation.

Ordinarily, these combined market reactions suggest that the peak in the cycle is looming up. Some investors may scramble to cash in on these last days of a bull market destined to go into reverse (shades of Madame du Barry saying “Please, Mr Executioner, just a little more time!” before she was guillotined).

But others – no doubt convinced that if you have to hit the panic button sooner or later, you might as well do it before everyone else – set about taking profits on cyclical names and plowing their money into defensive stocks instead.

A skittish mood thus takes hold of equity markets. Fixed-income investment usually still has fairly little appeal at this stage, because inflation is likely to persist even as the economy slows, due to its high degree of inertia.

Financial markets and macroeconomic developments thus display the same dynamic interaction in every business cycle: in response to a moderate rise in interest rates, forecasts for the real economy are scaled back and equity prices start struggling as a result.

As the summer gets under way, the key economic and market indicators signal that we are heading for just such a phase, the first one since early 2018. 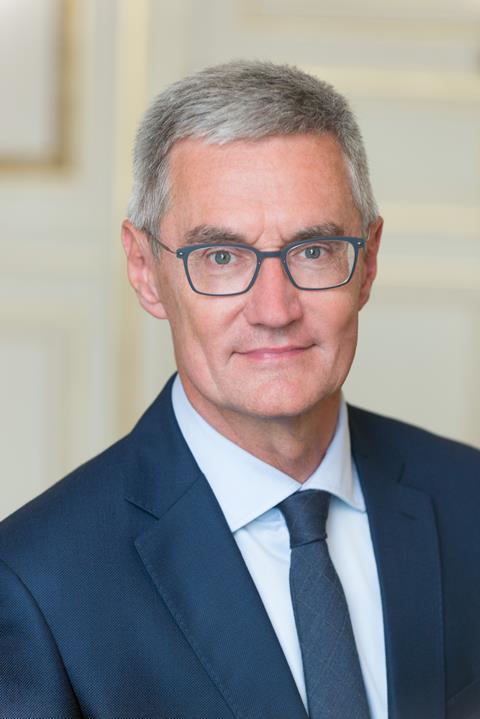 In addition, we’ve just experienced an unprecedentedly powerful upswing. After the initial slump brought about by a lockdown affecting 80% of the world economy last year, economic activity received a massive boost from elation over “the re-opening trade” – combined with the biggest fiscal and monetary stimulus ever seen in peacetime. On an annualised basis, commodity prices have gained 74% since the beginning of 2021.

The price of 30-year government bonds has in contrast sagged 24% – reflecting an awareness that core US inflation has jumped 8% over the last three months.

For all that, equity markets remain singularly unruffled (climbing on the whole at an annual clip of 28% since January). At least part of the explanation is that, unsure about how to react to the complex challenge of abrupt, highly desynchronised swings in the economic cycle (China is already in a slowdown phase whereas Europe is lagging well behind the global recovery) and to the risk that inflation may head upwards and stay high, most market participants have resolved to maintain their faith in the reassuring narrative produced by central bankers – i.e., that the current bout of inflation will be transitory and therefore won’t require monetary policy tightening any time soon.

Past experience has taught them that the “Don’t fight the Fed” mantra is worth its weight in gold.

Only here’s the trouble. By taking at face value the cool, calm and collected attitude shown by the Fed and other central banks, investors have put the latter in a position from which they may have a hard time extricating themselves this time.

Because if the Fed’s policymakers are forced to recognise that the US economy is indeed recovering swiftly, normalising monetary policy without popping the financial-asset bubble that they themselves helped create in the first place will be quite difficult.

In this uncomfortable situation, the insights provided by classical business-cycle analysis are as relevant as ever to anyone seeking to anticipate near-term developments in financial markets. In a highly-leveraged world that has become over-sensitive to changes in interest rates, investors are likely to interpret even the mildest hint at future monetary policy tightening as proof that the economy is about to reach a tipping-point and enter a slowdown period.

As it happens, the Fed has just announced that it is now time “ to start talking about talking” of” adjusting the pace of its asset purchases downwards. The Fed’s new line makes sense if, as commodity prices start receding, rising wages take over in fuelling inflationary pressure.

However cautious the Fed may sound, this shift in the central bank’s narrative is occurring just when corporate earnings growth could easily decelerate after forecasts in April put it at close to 40% year on year.

So a whiff of “stagflation” – meaning an economic slowdown accompanied by higher inflation – could soon be wafting into financial markets. And that scent won’t have many fans among either equity or fixed-income investors.

Of course, the Fed will do its utmost to engineer a smooth transition, and there’s an outside chance we will be experiencing a soft landing. But that’s hardly what you’d call a foregone conclusion.

This may therefore be a good time for investors to be a little less avid for high returns and start rebalancing their equity portfolios by giving greater weight to companies operating in less cyclical, less interest-rate-sensitive sectors.

Didier Saint-Georges, Member of the Strategic Investment Committee at Carmignac