Viewpoint: What pension schemes should consider when upping renewables

In their 2020 renewables report, The International Energy Agency (IEA) showed that renewable power as a whole needs to expand significantly from around 27% of global power generation to half by 2030.

Data from other sources – such as the International Renewable Energy Association, United Nations and others – paint a similar picture.

The implication for pension schemes is clear: this is a significant opportunity to allocate to assets that can not only “green” the global economy but also – from a fiduciary perspective – deliver returns that can help meet the pensions promise.

Some schemes are taking their first steps with this opportunity, while others are looking to build out from an initial allocation. Whichever camp a scheme sits in, there are several factors which will determine the success of a new or growing allocation to renewables.

1. How diverse a scheme’s portfolio is

When it comes to generating investment returns from renewable energy and related energy transition assets, manager portfolios can typically be quite concentrated. For UK schemes this can mean a welcome home or regional bias.

However, more generally such concentration can be problematic because even the most seemingly reliable assets can demonstrate inconsistency and intermittency.

Take offshore wind. Across northwest Europe there’s been just 25% of the usual volume of wind in recent months, with some studies also pointing to further lower-than-expected wind volumes and/or speeds into the future.

A “once in a lifetime” unexpected Texan storm in 2021, which wrecked energy supply and distribution for close to a month, is another such example.

Even the most “dependable”, leading OECD governments can change the revenue (i.e. subsidy) rules retrospectively (i.e. post investment) at the stroke of a pen, as France, Spain and Italy have all demonstrated.

Such direct impacts on electricity generation revenues and consequently on investment returns can be material, if portfolios are concentrated.

Fortunately, some solutions make the challenges less complex and are more helpful for pension schemes. For example, a multi-manager approach can spread allocations across a much broader range of assets – instead of concentrating them in a few.

Such a diversified strategic allocation can deliver more consistent yields and display more resilience – as is often the case, it pays to spread your exposures.

2. How supply and demand dynamics are managed

There are currently too few investable, renewable assets to sate global demand by direct investment. The UK pensions sector is not immune from this and some trustees might be familiar with direct funds whose pipelines appear a little light on assets.

This is partly because a new project can be hard to get off the ground. Planning can take years – especially in the UK – and on top of that you have development timescales. 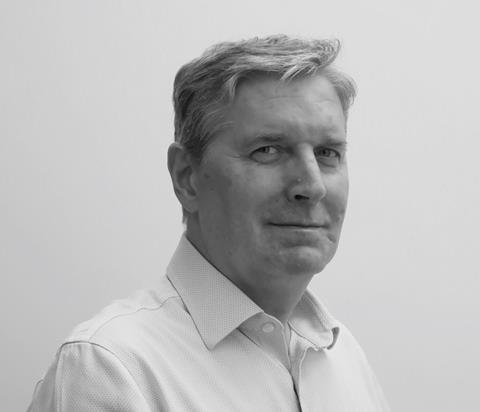 This matters to trustees because such supply and demand dynamics feed into yields – with excess capital ultimately compressing asset returns, and diminishing the attractiveness of potentially high yielding assets in a low yield world.

We’re seeing some schemes address this challenge by taking positions far earlier in the asset life-cycle than they normally might. Three years ago such clients might have shied from greenfield assets – but now they’re taking on development risk. Clearly this has greater return upside but it comes with different risks.

But taking on more risk through earlier life cycle deployment is not the only way to improve risk-adjusted returns. Schemes should look for a partner who can provide them with access to a global opportunity set of investable assets.

Single manager funds would normally be more restricted in this regard, by their organisation’s more limited resources. In contrast, the unbounded scope of a multi-manager approach allows access to opportunities across all life cycles, geographies and asset types with an unbiased value-added perspective and process best suited to making relative value calls.

Running in parallel to considerations around speed of deployment should also be that of scale.

Pension schemes should make sure their assets are allocated in a way which allows for flexible and frequent deployment and exit options. We believe this is an important and under-appreciated facet of illiquid investing generally and one that’s useful and potentially material in adding return efficiently in the implementation of long-term “illiquid” strategies.

Any allocation, but particularly to a new asset class, inevitably involves some degree of market timing. This can be reduced by spreading the deployment over multiple investments at different times.

But you have to have scale in order to achieve this. From a broader social impact perspective, allocating beyond a single manager approach can maximise the chances of deploying the largest amount of collective capital in the most diversified manner and into the best risk-adjusted assets.

4. The simplicity of asset allocation decisions

The nature of renewable assets and their financing necessitate discussions about which ‘buckets’ the assets should sit in.

This is because existing oil and gas holdings tend to come wrapped up as publicly tradeable securities – while renewable projects are typically less liquid and often private equity (and sometimes private debt)-type investments. Transferring capital from one to the other is not a simple (or quick) thing to do.

Of course, a globally diversified portfolio, managed within a mandate that seeks relative value opportunities across renewables and related funds and strategies, can address some of these questions about liquidity and asset allocation – and do so seamlessly within an integrated approach.

Starting or building a renewables allocation can be a balancing act between:

A further tension arises between developed markets, which have essentially become comparatively wealthy through reliance on polluting energy sources, and developing markets, committed to growth.

Moreover, some developing economies appear to be doing far more than developed ones. Take China. It currently generates three to four times as much energy from renewable sources than the UK uses annually.

And whilst it is often criticised in the West for continuing to build coal power plants and pumping into the Earth’s atmosphere a major proportion of the carbon dioxide produced from fossil fuels, it does so to a large extent to satisfy the demands of Western consumers for cheaper versions of goods no longer manufactured at home.

So these are complex questions that can confound easy answers – but taking a global view and focusing on good quality funds and accessing relative value can help smooth such issues.