I remember the enthusiasm among large multinational companies during the preparation of the first IORP (Institutions for Occupational Retirement Provision) Directive of 2003. The good news was that the new EU legislation would allow their pension funds to carry our cross-border activities.

We all know how things went: the limitations imposed by the Directive made cross-border activities much more difficult than expected.

Over the years, there have been improvements on various levels. However, cross-border IORPs have never really taken off. According to the latest figures from the European Insurance and Occupational Pensions Authority (EIOPA), only 73 cross-border activities are active in Europe.

Since half of those are occurring between Ireland and the UK, the figure will be reduced further when the UK leaves the EU.

In the meantime, the Pan-European Personal Pension Product (PEPP) will be soon operational, as a fully portable product, operating under the same conditions throughout the EU at low management costs.

Some multinational companies employing workers in different EU member states are already considering whether to offer PEPPs to their employees instead of traditional occupational pensions.

The question has yet to be fully clarified, but one aspect is very clear: several employers, especially when operating across EU member states, are looking for easier pension solutions, and they might even be ready to forgo traditional occupational pensions.

This is to be expected since companies are revising their budgets due to the current crisis. We must also remember that in several EU member states employers are not obliged to provide occupational pensions.

The PEPP was surely a good idea, especially for those countries where occupational pensions are almost inexistent, and/or where domestic personal products are too costly.

But at this point, the EU should have the political courage to complete its work. This is because sadly PEPPs seem to have disproportionately greater potential to offer efficient cross-border solutions compared with those offered by IORPs.

“The EU should have the political courage to complete its work”

That is why the EU should begin to work on creating a pan-European Occupational Pension (PEOP).

Like the PEPP, the PEOP would also consist of a second EU legal regime, meaning that it would be voluntary and cohabit with the existing national occupational pensions without any requirement for domestic pensions to adapt to its rules.

The PEOP could be a single-employer or multi-employer vehicle. A single multi-national employer could create it in order to cover its national branches. Financial institutions, such as insurance companies, asset managers or existing IORPs, could offer PEOPs to companies in different EU member states.

The PEOP should be cheap and transparent. Moreover, like the PEPP, it would be fully portable not just for workers covered by the same PEOP, but it would also be portable to other PEOPs. In short, the safeguard and the accrual of occupational pension rights for mobile of workers would be definitely solved in Europe.

Some companies or sectors could even keep offering their national occupational pensions and create a PEOP for those countries where they have few employees, on the top their domestic pensions for their mobile workers. This way, PEOP could act as a portability corridor.

The PEOP would likely be a defined contribution (DC) arrangement, but it could still offer guaranteed investment options to safeguard to accrued capital as well as the coverage of biometric risks, according to its promoters’ needs.

Most importantly, the vehicle should operate homogenously across the member states in order to avoid those local adaptations that have held back the take-off of the cross-border activities of IORPs.

Surely, considering that the PEOP would operate on a DC basis, some local adaptations might be still possible insofar as they would not affect the smooth functioning of the vehicle across countries during the accumulation phase. Level of contributions, retirement age and pay-out options would certainly be flexible.

To be successful, the PEOP would have to overcome one of the main obstacles to cross-border pension.

Occupational pensions can be taxed on contributions, on returns on investments or on pension benefits. The three typical formulas are TEE, EET or ETT, where T stands for taxed and E stands for exempt.

As an example, in the TEE formula contributions are taxed while returns and benefits are exempt. Different countries adopt different formulas, which means different tax treatments.

In order to overcome this obstacle, the taxation of PEOPs could be administered by a centralised EU taxation entity, an agency acting as a “tax hub”. Such entity may have mere tax information purposes for PEOP providers, or indeed operational purposes, such as fulfilling the tax obligations of PEOPs during the accumulation phase.

In the first case, where a EU taxation agency would only serve information purposes, all the PEOPs would outsource the calculation of the annual tax amounts to such agency.

Once the information on the amounts to be paid is sent by the agency to the different PEOP providers, they would just make the payments to the domestic tax authorities. 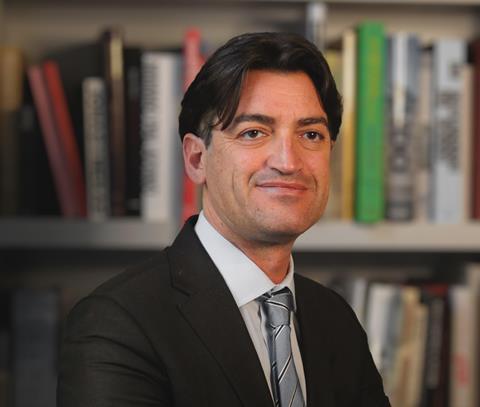 If an EU agency would have operational purposes as well, it would be entrusted with collecting directly the tax amounts due from PEOP providers on an annual basis. It would then refund the respective national tax authorities.

In other words, the European tax agency may act as a buffer allowing the PEOPs to operate throughout the EU as if a common tax formula was in place for them. However, the tax rules of the EU member states would be not affected.

In any case, a different tax treatment between domestic occupational pensions and PEOPs should be forbidden, because it would violate the EU principle of non-discrimination based on nationality and hinder a healthy competition between pension products in Europe.

This reasoning should apply to the PEPPs as well. European authorities should be vigilant and prohibit such protectionist behaviours.

The Cross Border Benefits Alliance-Europe (CBBA-Europe) is preparing a reflection paper on the possible legal features of the PEOP and is planning to submit the paper soon to the relevant EU representatives.

During the last CBBA-Europe annual event, which was held in November 2019 in Brussels, Fausto Parente, general director of EIOPA, said the authority could revisit the plan for a DC cross-border pension product in the future if there is “demand and appetite” for such a product.

My hope is that all stakeholders will express their interest, because only their support can make the PEOP a reality.