Viewpoint: Why ‘portfolio temperatures’ will be the investment measure of the future

Climate change has become one of the most pertinent issues facing society today. The reality, whether we like it or not, is that it is an emergency that affects us all.

The practical consequences of climate change are already becoming apparent in different parts of the world. While the extent to which these are being seen varies, it is clear that the impact of climate change is no longer being manifested in spectacular but isolated phenomena.

A joint report from the US National Oceanic and Atmospheric Administration (NOAA) and NASA[1], published in early 2020, found the previous decade to have been the ‘hottest’ since records began, which at least in part contributed to several major natural disasters over the same period.

More than ever, we must all pull together to try and keep global warming below 1.5°C, in line with the historic target set out in the Paris Agreement reached five years ago at the COP21 Summit. And, in a world of economics and entrepreneurship, our sector – the investment and savings industry – has a vital role to play in the fight against climate change.

Year after year, asset managers channel the world’s savings and investments, worth tens of trillions of dollars. This responsibility provides both a duty and, critically, an opportunity to take meaningful and positive action.

Importantly, asset management is not starting from scratch in this respect. Asset owners are themselves increasingly identifying the climate crisis as a key priority, relying on their asset managers to orient them towards socially responsible investments that protect the planet and its inhabitants.

Asset managers in turn have sought to meet these needs through an ever-expanding range of innovative products dedicated to meet such goals.

The investment industry is also becoming more stringent in how it exercises voting rights and engages in ongoing dialogue with issuers, keen to use these two powerful levers to prompt companies to adopt more sustainable practices and business models.

The change in attitudes – from climate-focused initiatives being desirable to becoming absolutely essential – has been marked. 2020 signalled a turning point in this respect: ESG assets not only elicited very strong demand among investors (inflows of over €45bn were recorded into ESG ETFs alone), but they also demonstrated their resilience within an acute crisis period, generally outperforming non-ESG assets.

This has put the supposed ‘trade-off’ between performance and sustainability into significant perspective.

This paradigm shift – one that is also affecting the regulatory landscape – represents a landmark opportunity. Investors – asset owners and managers alike – must seize this chance to channel savings and investments even more proactively towards sustainable assets and causes.

Questions remain, though: how will asset owners and managers know which companies, sectors, indices and portfolios are on the trajectory being targeted by the Paris Agreement? 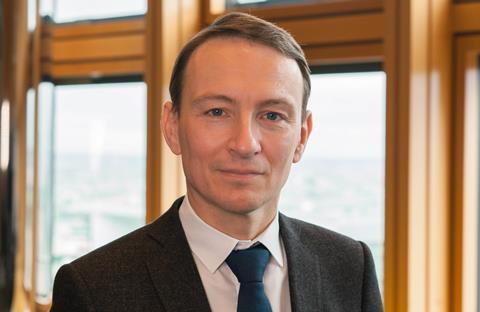 Quite simply, investment decision-makers will need improved tools – sufficiently rigorous to be functional and (most critically) simple enough to be understood and adopted by all – that provide a compass to guide and ensure they are on the right course.

To ensure they are on the right path, investors must embrace the practice of ‘taking the temperature’ of their portfolios. This measure translates the euros and dollars invested in specific instruments into degrees of planetary warming, thereby providing a dynamic overview of the CO2 emitted by companies and thus the extent to which they are (or potentially not) in line with the objectives of the Paris Agreement.

In the immediate future, this temperature measure will be no more than a new instrument on the dashboards that investors use to measure portfolios. However, this metric should become highly valuable and influential as it becomes more and more familiar.

We are all extremely well-versed in the concepts of risk budgets and investment objectives; the direction of travel dictated by climate change means that we must now also consider portfolios in the context of temperature budgets and climate risks.

Such is the critical nature of the climate emergency, I truly believe that measuring the temperature of portfolios will become just as important as other established metrics such as value-at-risk and maybe even as prominent as assessing financial performance itself over time, as investors seek to meaningful contribute to meeting the Paris Agreement targets and track the journey of their portfolio on their way to doing so.

Of course, accurately calculating the degree of warming associated with an investment portfolio calls for advanced methods. It will require the introduction of a robust analysis framework, underpinned by temperature scenarios devised by authoritative international organisations such as the International Energy Agency or the Intergovernmental Panel on Climate Change (IPCC).

It will also need to tap into a vast array of climate and environmental data that will need to be supplied by research teams and data providers that are experts in this field.

Ultimately though, as a new gauge for investment decisions that is both rigorous and comprehensible, portfolio temperature measurement can be a formidable tool to educate and raise awareness.

Not only can such a measure give a clear picture of a vastly more complex reality; it is an easily understandable concept and a tool for investors to use to underpin new financial education in order to raise awareness and address the most critical challenge of our time.

[1] National Geographic: Past decade was the hottest on record (15 January 2020)

Lionel Paquin has been CEO of Lyxor Asset Management since February 2014.