Yngve Slyngstad is one of the most influential asset owners in the world. As chief executive of Norges Bank Investment Management (NBIM), he oversees the day-to-day affairs of the Government Pension Fund Global , the sovereign wealth fund that claims ownership of 1% of all equities worldwide – and 2.5% of those listed on European exchanges.

The now NOK6trn (€699bn) oil fund’s position as a universal owner has resulted in calls for it to lead the way on matters of governance – the topic of Slyngstad’s recent presentation at the University of Geneva’s Summit on Sustainable Finance.

Indeed, while already voting on all of its 8,000 shareholdings, it also actively engages with several hundred of them, and will from next year attempt to hold certain companies to account by publishing its voting intentions in advance.

Slyngstad stresses that NBIM will not disclose all votes in advance, and that the decision was reached independently from proposals to grow the number of firms in which the fund holds stakes of more than 5%. “It will not be focused on whether we are small or large investors, it will be focused on whether it is a case that illustrates some important principle.”

NBIM will monitor disclosure to assess how the process develops but hopes that by announcing intentions in advance its activity will have a greater impact.

An Expert Group report on the fund’s fossil fuel holdings in early December recommended the fund maintain its exposure to oil and gas companies, as it should not act as a tool of climate policy. But it will be able to divest from companies deemed harmful to the global climate. If and how this is integrated into the mandate remains to be seen. 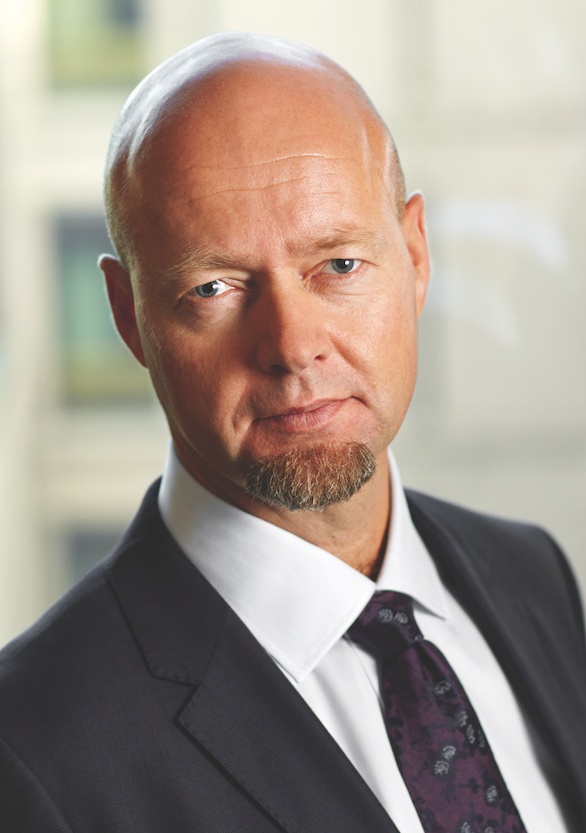 Speaking before the publication of the report, Slyngstad refused to pre-empt the findings. He was also careful to avoid questions about how the fund might re-allocate capital from oil and gas companies, which accounted for over 8% of the equity portfolio in September. He notes that a change in mandate could not occur before May 2015.

Even without the radical change of divestment from the oil and gas sector, the portfolio has undergone transfomation in the last three years. One area noticeably absent has been unlisted assets, which Slyngstad admits NBIM has been “very reluctant” to consider due to its commitment to transparency. “That’s why we have kept our investments in the public market,” he says.

“But now, the fund has become so large that the whole area of private investments is not irrelevant, but is not the biggest deal in the world.”

As part of an earlier attempt to rebalance away from its historical overweight in Europe, it has slowly been investing inflows into other markets – largely the US, but also into the frontier markets.

The rebalancing, which will gradually see the fund’s exposure to Europe and Russia reduced from 54% to 40%, instead will place an emphasis on the Asia-Pacific region. NBIM will allow up to 20% of the fund to be invested in this region, up from 10% prior to 2012, with emerging and frontier markets accounting for half of the new mandate. The remaining 35% will be allocated to the Americas.

Some of the markets added to the fund’s universe since 2012 include Kenyan and Jordanian equities, as well as firms listed on the Qatari, Omani and Kuwaiti exchanges. Malaysian, Filipino, Thai and Taiwanese bond holdings are now also included in the fixed income portfolio, alongside bonds from China and Hong Kong. However, at the end of 2013, the six countries and territories only accounted for NOK38.9bn, or less than 1%, of assets – with China claiming the largest share, followed by Thailand.

Slyngstad concedes: “Yes, there [have] been a number of new markets, but the combined investment in frontier markets is still quite limited in the bigger scheme of things.”

A further area of gradual growth has been real estate, which is expected to account for 2% of the portfolio by the end of the year. NBIM has been slow to build the real asset exposure due to the need for an in-house team to be established, a matter that has been addressed gradually since investment began in 2010. Slyngstad defends the pace of investments as “reasonable”, but notes that, for the three years to 2017, NBIM will attempt to commit 1% of fund assets to the market, growing the portfolio close to its target size of 5%.

So far, assets acquired include office buildings in New York, retail space owned by the UK’s Crown Estate and logistics parks – with all but the latter potentially viewed as trophy assets.

Not according to Slyngstad. “We have no interest in trophy assets, and I don’t know whether you’d call what we have been buying trophy assets. It’s not part of the strategy.

“But it’s right that we have a strategy to invest in core real estate, some of the better office buildings in some of the larger cities of the world.”

Despite the fund’s reluctance to be perceived as an instrument of climate policy, it has also begun building a dedicated environmental mandate – first 1% of the equity portfolio and in April 2014 expanded to NOK50bn, or around 1% of the fund’s overall size at the time.

Speaking in Geneva, Slyngstad expressed surprise at the government’s decision to make such a small allocation to the sector. Performance of the external mandates, investing in more than 150 companies, has been mixed, initially underperforming the market benchmark.

He says the additional capital granted in 2014 will be deployed by the end of 2016. “It is a reasonably narrow market segment, and therefore the question is how much can we reasonably invest there.”

Expectations that much of the capital would be committed to renewable energy projects proved inaccurate; instead it has been invested in listed companies developing building insulation, for instance, although water and waste management companies have also benefited.

Despite the lower than expected returns in the first three years of the mandate, Slyngstad notes the improved performance and evokes the mantra of an asset owner investing to ensure wealth for a generation of Norwegians not yet born.

“We have a much longer horizon, so only time will tell.”