Norway’s giant sovereign wealth fund would benefit from investing in private equity, according to an academic report commissioned by the country’s Finance Ministry.

A second government-commissioned report, which analysed the performance of the fund’s active management, advised sticking with this approach rather than going passive – even though such a switch has been advocated by some expert observers.

Last week the chairman and chief executive of NBIM co-signed a letter to the Finance Ministry advocating an allocation of up to 4% to private equity. 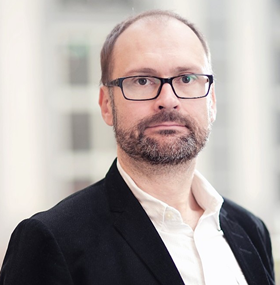 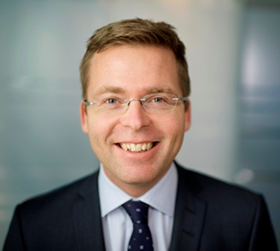 The fund’s unique characteristics – its large size, capacity to take on liquidity risk, need for transparency and its strong reputation – had several implications for private equity investment, according to the report.

Døskeland and Strömberg implied that the GPFG should have a comparative advantage of building strong in-house teams for private equity investment, given its scale, reputation, and track record in asset classes such as real estate.

Secondly, the fund could take on liquidity risk, enabling the GPFG to invest more aggressively in private equity during market downturns when the liquidity premium was high, they said.

As the third point, Døskeland and Strömberg said: “[GPFG’s] strong reputation and record for transparency and ESG should make it a prestige partner for large private equity firms, particularly in the buyout segment. This, together with its size, should give GPFG strong bargaining power with such funds when it comes to negotiating fees and other fund terms.”

The authors also advised against the fund rushing into the asset class, should the ministry allow such investment to begin.

Strömberg is quoted in Norwegian business daily DN as saying the GPFG should wait until the next financial crisis to start any private equity investment programme.

“Then the liquidity premiums rise, which is a compensation you get to invest in less liquid markets,” he told the newspaper.

The review group tasked with analysing the performance of NBIM’s active management included Magnus Dahlquist, professor at the Stockholm School of Economics, and Bernt Arne Ødegaard, professor at the University of Stavanger. They were also asked to recommend whether the fund’s expected tracking error limit should be changed.

Dahlquist and Ødegaard said the traditional view of active management was that delegated fund managers on average added no value to investors, and that the managers who did add value could have simply been lucky.

“Does this imply that the fund should refrain from seeking active management itself and/or delegating assets to other active fund managers? Not in our opinion,” they said. “First, the fund is not an average investor. It has certain comparative advantages – and disadvantages – that suit it for different kinds of strategies.”

Dahlquist and Ødegaard said the oil fund’s external mandates had outperformed their benchmarks by approximately 2% per year after costs, “contributing substantially to the fund’s total performance”.

They emphasised the strong historical relative results NBIM had generated in listed equity, but the weakness of its performance record on fixed income.

“The equity portfolio has outperformed its benchmark, whereas the performance of the fixed-income portfolio has been neutral or negative,” they said.

Regarding the current tracking error limit set by the Finance Ministry, the academics said it might be “worthwhile to focus on using ranges in asset weights rather than the tracking error to better set risk limits”.

They continued: “We also wonder whether it would be worthwhile to have an absolute return target, a benchmark outperformance target, and/or a tracking error target.”