To answer the question posed in the headline, I believe that pension expenses for defined benefit (DB) plans are being recognised in most US-GAAP accounts to the tune of at least 10 to 20% below the level they should be – in other words that they are being ‘faked’.

This article is an attempt to air thoughts that have been largely confined to Germany and, ideally, to further public discourse too.

Ever since accounting for pensions under US-GAAP was fundamentally reformed in the mid-1980s, the idea of using more ‘sophisticated’ approaches in determining pension costs have been raised, if only rather timidly. The issue has only gained momentum over the past four years.

The initial idea (referred to as step 1), was to ask whether it was appropriate to use the weighted-average discount rate (WAD) applicable in determining the accrued pension obligation (projected benefit obligation, PBO) without modification for computing the service cost (SC) component of pension cost, when the latter typically has a longer duration (that is, time to payment) than the former? If not, then assuming a normal shape of markets’ interest rate term structures (also referred to as yield curves) – that is to say, increasing with duration – a rate higher than the WAD would be better for determining SC which, in turn, would result in a lower SC. This last effect was something that DB plans welcomed, in particular because significantly increased pension cost had to be recognised during a period of sustained reduction in market interest rates across all bond qualities since about 2011-12. 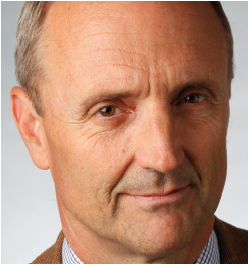 A further idea (step 2), developed in 2014, reduced pension cost significantly even more than step 1. If the full yield (or spot rate) curve should be used to determine both the PBO and the SC, was it not more appropriate to use the same yield curve to determine the interest cost (IC)? If so, conceptually, each present value of each expected future cash flow, having been discounted using the spot rate corresponding to its own particular duration, could then be multiplied by the same rate to determine the IC. This was referred to as the spot-rate approach (SRA), and significantly reduced the IC in comparison with the traditional approach using the same WAD for all computations.

Note that both steps 1 and 2 do not result in a different PBO since the WAD is calibrated to result in the same PBO that is determined by using the full yield curve. The SRA modifies pension cost only.

At an international level, only the German actuarial community has challenged step 2 of the SRA on the grounds that it does not satisfy the “best estimate” requirement inherent in both US-GAAP and IAS 19.

Much publicised in 2015, the Securities and Exchange Commission (SEC) indicated to the four large audit firms, that it would not object to preparers applying the SRA. To understand the impact of this decision, SRA typically results in pension cost ‘savings’ of between 10% to 20% of the sum of SC and IC, with step two contributing about 90% of these. Since the SEC’s blessing and the approval by the four large auditors, SRA has enjoyed popularity among preparers to the extent that about half of all companies have implemented it.

A justification given in support of the SRA was that it increased precision, since it did not use the same WAD for the PBO, SC and IC but applied the full yield curve to each calculation.

The next justification was that since it treats each year of expected cash flow as a separate plan, thus conceptually breaking down a pension plan into as many as 100 individual plans, it is ostensibly complying with the wording of the US-GAAP and IAS 19 standards.

However, in keeping with general opinion, I believe that step 1 is appropriate, for the following reasons that step 2 is not:

• The argument that a more complicated measurement is superior cannot be valid. Complexity, as such, is not a merit.

• The next reason in support of the SRA rests on the argument that it replicates the very approach it claims to improve. This is a circular argument and thus unsound.

• As to the third justification: as already mentioned, if the yield curve is increasing with duration, the SRA bets on rising interest rates as at the end of the accounting period. However, data from four decades on the euro-zone (deutschmark before 2000) shows that AA-yield curves, although almost always increasing with duration, were equally likely to rise or drop over the following year. In fact, during the last six years, a period of more or less steadily decreasing yield levels, it was more likely for the yield curve to drop over 12 months. If it is true – and I believe it is – that the yield curve at the end of an accounting period is equally likely to rise as it is to drop, then only a neutral assumption of an expected unchanged yield curve can be a best estimate. Since the SRA bets on a rising yield curve at year-end when it is increasing at the beginning, it will systematically generate actuarial losses. This clearly runs contrary to the principle of the preparer having to choose best-estimate assumptions.

For these reasons, I believe that pension costs determined using the SRA are significantly understated – or ‘fake’ in modern phraseology.

With regard to IAS 19, the IASB and its interpretation committee have not yet commented on the SRA, possibly because the approach is much less prevalent than under US-GAAP preparers.

In addition to the points made above, the following should be considered:

• In contrast to US-GAAP, the rate of expected return applied to plan assets according to IAS 19 must equate to the discount rate. However, without a clear maturity profile for payments from the assets, it is not clear how the spot-rate approach should be applied to determine the expected return on assets.

• Also in contrast to US-GAAP, actuarial gains and losses are never ‘recycled’ through the income statement.

For these reasons, the application of the SRA for determining pension plan cost to IAS 19 is probably fraught with even more difficulties than under US-GAAP.