Surveys? Who needs them? We do apparently. And when it comes to pensions accounting, we cannot get enough.Demanding our attention in the UK is the KPMG Pensions Accounting Survey 2018, the Accounting for Pensions study from Lane Clark & Peacock (LCP) and the quarterly German Pension Finance Watch published by Willis Towers Watson (WTW) in Germany to highlight three. We are awash with data. But what is it telling us about the trends that matter in defined benefit (DB) accounting under International Accounting Standard 19, Employee Benefits (IAS 19)?

Let us start with the KPMG study. In the UK, for the third year running, life expectancy assumptions have fallen among the 230 companies surveyed. Against this background, more companies are updating their assumptions annually. The survey’s lead author, Narayan Peralta, a pensions director at KPMG, says: “The downward trend is because the assumptions for future improvement has been downgraded. Next year, we will see the 2017 figures flow through.

“Some reporters are reviewing the mortality assumption every three years following a funding valuation, while others take the view that they should update the model every year to match the [Continuous Mortality Investigation] board announcement.”

What is noteworthy about this is that the decrease in the rate of life expectancy improvement is not a uniquely British phenomenon. Similar developments elsewhere in Europe have resulted in boosted funding levels in Switzerland and the Netherlands.

According to consultancy firm Libera, were Swiss schemes to apply the Continuous Mortality Investigation (CMI) model, they could slice between 2.5% and 3.5% off their liabilities. As a reminder, the CMI incorporates regular adjustments to increases in longevity, whereas standard mortality tables project an unbroken upwards tendency.

Meanwhile, mirroring the European trend, consultants Sprenkels & Verschuren said the liabilities of Dutch pension funds could decrease as a result of rising mortality rates. They added that coverage ratios could increase by 0.5%.

But the German mortality landscape is more complex. For a start, the gRV 2013-15 statutory pension insurance mortality table was the first German dataset to show that life expectancy across all age groups had either stagnated or fallen. However, the 2014-16 gRV table pointed to more subtle developments. 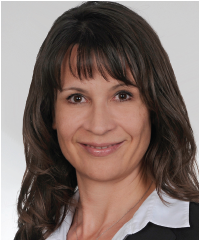 For example, it suggested that in the case of women aged 65-89 years and men between 65 and 84, life expectancy increased minimally compared with previous years, whilst falling among older age groups. This has meant that life expectancy for that cohort was below the levels shown in the 2012-14 gRV life expectancy chart.

In an article appearing in the December 2017 issue of Betriebs Berater, WTW actuaries Jürgen Fodor and Hanne Borst noted that the widely used Heubeck 2005G mortality tables assumed too low a starting point. This had the effect of exaggerating improvements in mortality.

In any event, a new set of Heubeck data is imminent. Thomas Hagemann, Mercer’s chief actuary in Germany, says Heubeck estimates that the effect of switching to the new tables will be around 1.5-2.5%.

As a preview, Hagemann adds that there are three features that stand out in the new data. First, the probability of disability within one year has decreased on the 2005 tables for many age groups.

Second, the expectation of mortality occurring within one year has also fallen.

Third, the long-term trend for mortality is up on 2005, although the short-term trend is down.

Equally important for determining the extent of a DB liability is the discount rate.

Under IAS 19, a pension obligation includes the value of benefits that sponsors will have have to make to both current and future pensioners. It requires sponsors to project the liability forward in line with plan assumptions and then to discount it back to arrive at a net present value. This is the cost to the sponsoring entity were it to meet all future obligations immediately.

The rule of thumb is that an increase in the discount rate results produces a reduction in the DB obligation. On the other hand, the extent of the obligation increases as interest rates decline.

Under IAS 19, the relevant interest rate for discounting purposes is (1) a market interest rate with (2) a term corresponding to the obligations that is (3) based on high-quality corporate bonds. In practice, this means AA-rated corporate bonds. Applying this criteria to German DB obligations implies a methodology such as the WTW Global RATE:Link model. This incorporates hypothetical yield curves derived from corporate bond yield information within the euro-zone, explains Heinke Conrads, head of retirement consulting with the firm.

As for how this translated into hard discount rates, data from WTW Germany shows that rates there averaged 1.8%, rising slightly to 1.9%, resulting in the expected corresponding reduction overall in pension obligations. WTW also notes that were this trend to continue, it `would “further reduce the amount of the pension obligations recognised” in the accounts.

In the UK, KPMG’s survey of 230 clients found that median net discount rates, when accounting for RPI inﬂation, were negative for the second year running. Peralta says: “In terms of the assumptions and where things have come out, because market conditions have been fairly stable in terms of yields, there hasn’t been much change in nominal discount rates and inflation. Rates are still low.”

KPMG also report that the low interest rate environment has prompted sponsors to use innovative ways to discount future cash flows when valuing DB schemes. Indeed, the practice of fixing a discount rate has evolved over the past decade and a half. Whereas once a sponsor might have opted for a single number, they and their advisers are likely to develop a bespoke approach that matches more closely the duration and the liability.

One area of divergence between pensions in Germany and the UK, however, is coverage ratios. Although German funding levels have increased, regulatory differences explain why these lag behind the UK.

The starting point under IAS 19 is to identify a scheme’s assets. The standard explains that plan assets are those assets which are explicitly reserved for the express purpose of meeting pension obligations and which are independent of the sponsoring entity. A quick read of WTW’s analysis of DAX 30 pension obligations reveals that Germany’s leading companies reported total asset returns of around €13bn. Alongside this, notes Conrads, German sponsors also stumped up some sizeable plan allocations, with total pension assets growing over the past year by €8bn.

Noteworthy over the past year have been the decisions by Daimler and Lufthansa to increase their plan’s assets by €3.7bn and €2.0bn respectively. According to the latest data, Siemens heads the DAX-listed companies with plan assets totalling €27.7bn, followed by Daimler with €27.2bn and BASF with €20.6bn. The five companies with the highest plan assets represent around 45% of the reserved assets of all companies in the DAX, while nine other companies report assets in excess of €10bn, according to data from WTW.

Meanwhile, the spring 2018 update of the LCP Accounting for Pensions study revealed that 2017 was the first year-end where FTSE 100 pension schemes were in surplus since 2007. A feat LCP declared a “rarity”.

However, despite the good news, the firm also sounded a warning: on the few occasions where there had been a surplus in the past 15 years, it said, market conditions quickly wiped it out. It remains to be seen if the current surplus is here to stay.