Quant firms have become a mainstream part of the investment management industry. This was definitely not the case in the 1990s and early 2000s. But what pioneering firms were undertaking then – in the form of producing portfolios with fixed weights allocated to value and momentum sub-portfolios – would be regarded today as just combinations of smart betas. Factor investing has moved from being a pioneering implementation of academic findings to a cheap way of beating capitalisation-weighted indices through smart-beta exchange-traded funds (ETFs).

The rise of cheap ways of factor investing through smart-beta ETFs has had a profound effect on many strands of active management. “There is now an acceptance in the marketplace that the majority of active fund management returns are not coming from a fund manager’s unique secret sauce, but rather a combination of systematic exposures and systematic decision-making,” says Eugene Barbaneagra, portfolio manager at SEI. But where does that leave active quant firms, which now face stiff competition from cheaper smart-beta ETFs?

One reason for the growth and success of smart beta is that index providers such as Russell and MSCI have a symbiotic relationship with ETF managers. Both have to innovate to be able to compete. Factor investing via smart-beta ETFs provides premium products that are more profitable than plain vanilla market capitalisation indices and ETFs. More exotic products can charge as much as 35bps a year or even higher, which can overlap with fees charged by active managers. 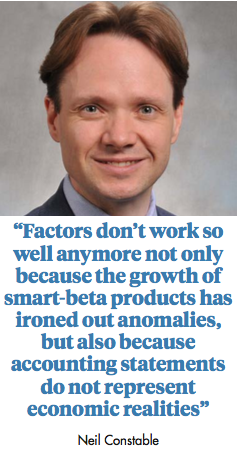 The first generation of quant managers such as Acadian, GMO and Invesco had little reliable data and scarce academic findings to back up their strategies. But now, as Barbaneagra points out, there is plenty of standardised data and standardised tools for analysis available in the marketplace. Numerous academic studies of factors such as value, momentum, quality and the small-cap effect have provided credible evidence of their strengths and weaknesses.

The distinction between quant managers’ definitions of value and those of the index providers is not substantial. Given enough resources and sufficient time, argues Barbaneagra, the chances are that people will come to similar definitions of value and will come up with the same conclusions using back tests. It has become a commoditised process. Moreover, newer firms can start afresh without the burden of legacy systems to maintain. In the future, he sees there will be less of a distinction between full active quant managers and factor-based approaches. Quant firms will often just be providing better implementations of what is available through smart-beta products.

Quant firms are therefore faced with the challenge of distinguishing themselves from cheaper smart-beta products that claim to be offering essentially the same exposures.

Firms have chosen to address this challenge in several ways. Firms without a clear strategy for doing so will face a grim future. SEI itself, as part of its investment solutions, not only includes firms such as GMO in its multi-manager strategies, but also offers a lower-cost alternative to it through managing in-house factor strategies. “Do we expect expert firms to be better than us? Obviously. But are they better after fees? It depends,” says Barbaneagra.

One clear distinction between quant firms and smart-beta strategies is the alignment with client interests. As the blow-up of low volatility ETFs in February showed, ETF providers do not purport to give investors comfort that they are acting in their interests. They give highly structured exposures to specific factors. What is far harder to do is to decide whether it is better to buy value or momentum at present. That is by far the more important decision.

Decisions on the weights of value, momentum and quality will determine returns over the next few years, providing a clear way for quant firms to add value through the creation of macroeconomic models that purport to provide a systematic framework for such decisions. While fees for straightforward factor strategies have to fall, firms such as AQR give investors a choice with hedge funds at high fees, long-only strategies with mid-level fees and ETFs at low fees.

Remaining at the cutting edge of quant modelling is still a prerequisite in an increasingly competitive environment for the original pioneering quant firms. GMO made the controversial decision to start afresh after the global financial crisis, when value blew up in 2008 and momentum in 2009. The firm did two things. 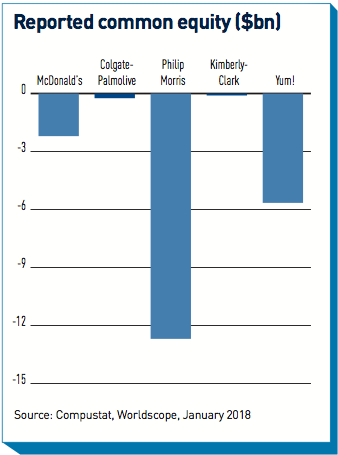 First, it eschewed the fixed weight concept and returned to the original genesis of quant ideas within the firm in the form of factors such as value, growth and quality and combined them into a single coherent intrinsic value metric. In contrast, smart-beta approaches rely on single metrics such as price/book and price/earnings ratios – that is, a simple analysis of ratios rather than answering the question ‘are you paying the right price for the characteristics of the company?’. Some companies may justify high valuation multiples that smart beta approaches to value factors would exclude.

Second, and more importantly, says Neil Constable, head of GMO’s global equity team, while factors worked in the past because the market was mispricing the assets that would generate the future cashflows for firms, the problem today is that accounting items representing, for example, book value, have become empty of economic content. “The factors don’t work so well anymore not only because the growth of smart-beta products has meant that anomalies are being ironed out, but also because accounting statements do not represent economic realities – there are a few dozen large companies in the US that have negative reported book values, for example,” says Constable (see figure). “The financial statements of firms such as Colgate-Palmolive, Kimberly-Clark, McDonald’s and Philip Morris show negative book values, which are clearly not economically meaningful.” Smart-beta products sorting on such factors will essentially be making decisions based on noise.

GMO undertook a substantial multi-year project after the global financial crash to take financial statements and adjust them to reflect true economic value. It took account of share buy-backs, M&A and intangible items such as intellectual property which standard accounting rules do not necessarily treat correctly. Book value may have worked as a proxy for replacement value 40 years ago but Apple’s intellectual property is not shown on its balance sheet.

GMO’s approach has been to capitalise on this by looking at items such as research and development (R&D) and advertising expenditure and depreciation schedules. This was done individually for roughly 200 companies by hand and then systematically extended to a global universe of 10,000 companies. The results make a significant difference. “IBM was reporting a 70% ROE [return on equity] which is insane. On our basis, it is 9% which is slightly more than average,” says Constable.

GMO then replaced its old essentially smart-beta portfolio of discrete factors in 2012-13, by a multi-factor model based on adjusted economically true accounting statements. GMO sees this work as giving it a unique competitive advantage. But, as Constable acknowledges, if in 10 or 15 years’ time, what it is doing proves to be working well it will face greatly increased competition in the same space. For quant firms the arms race never ends.