Devastating tsunamis caused by earthquakes can wreak destruction for considerable distances inland – but the waters do not stay inland because the force of gravity will always pull the waters back to the oceans.

Ashmore’s global head of research Jan Dehn declares that the impact of tsunamis and the subsequent retreat of the water is an apt analogy for financial markets.

He sees the earthquake and tsunami as the global financial crisis followed by central banks engaging in sustained quantitative easing (QE), which was the largest and most distortionary intervention ever made in financial markets.

It resulted in central banks purchasing an estimated $15trn (€13trn) worth of bonds. As central banks only bought predominantly their own countries’ sovereign debt, along with a limited amount of corporate debt, it caused massive distortions in global asset allocation, favouring developed markets and working against emerging markets.

During 2010 to 2015, that led to three trades dominating – US equities, the US dollar, and European fixed income – as yields on sovereign debt dropped to negative levels. It also led to investors selling out of emerging market debt (EMD), equities and currencies.

In the US, the Federal Reserve stopped expanding its balance sheet through QE in 2014, and began to raise interest rates at the end of 2015. This, as the analogy suggests, allowed the equivalent of gravity to act once again, in the form of the force of converging relative valuations as EMD began to look cheaper than developed market bonds. 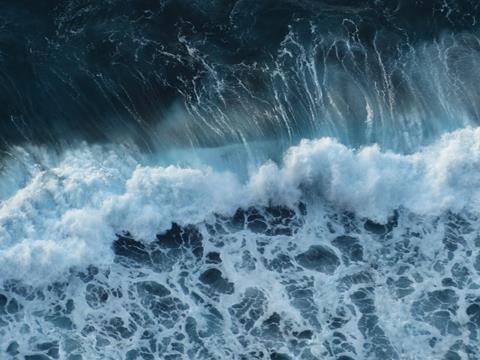 Is the QE wave retreating from the shores of financial markets

Emerging markets rallied in 2016 and 2017, but 2018 saw a pronounced setback. Does this mean that the analogy is no longer valid?

Understanding what happened in 2018 to EMD is critical to deciding whether emerging markets will seeing another rally lasting for several more years as markets ‘normalise’ following the QE distortion, or whether EMD is just an unattractive asset class for investors.

In 2018, Dehn argues, there was a short-term blip in the ongoing normalisation process between emerging markets and developed markets. This blip, he says, was essentially caused by three policy mistakes by the US that drove the dollar up.

First, the US congress approved tax cuts in December 2017 equivalent to 7% of GDP, at a time of full employment. Economically it made no sense, but it did produce a 4.2% GDP growth figure for the next quarter, in time for elections.

Jay Powell, the Federal Reserve chairman then made what Dehn describes as a rookie mistake by declaring his intention to push for a series of rate hikes from April 2018, combined with quantitative tightening – which further pushed dup the dollar.

Finally, US president Donald Trump stepped up his rhetoric – and actions – regarding a trade war with China, leading to reduced purchases of Chinese goods and therefore a reduced outflow of US dollars.

These three steps are not sustainable. The Federal Reserve is now looking more dovish, and Trump is looking for trade agreements with China before the US slides into a recession.

The key insight Dehn makes is that the unwinding of QE and the normalisation of relative asset valuations across the globe can be likened to the waters of the tsunami being driven by gravity back to the oceans. That force will, he argues, prove to be a dominating long-term factor favouring emerging markets over developed markets.

Even Ashmore’s own US institutional client base – who must be relatively comfortable with EMD – reduced exposures following the crisis, from 6% of their portfolios to 2%. Yet EMD represents 22% of the $109trn global fixed income market, according to Ashmore.

Can institutional investors move away from the risk on/risk off paradigm that has characterised emerging market investment to a more objective recognition of relative attractions? Someday that may be the case but, in the meantime, if Dehn’s analysis holds true, the retreating tsunami of QE-induced mis-valuations can only favour emerging markets.