Everyone knows about ‘big oil’ and how much influence the global agribusiness sector has. But there is less awareness about the negative impacts of meat producers – the ‘global meat complex’.

Cleaning up this sector would be good for the climate – the five largest meat producers emit higher levels of scope one and two greenhouse gases than Exxon, Shell or BP, according to GRAIN (a think tank and activist group) and the Institute for Agriculture and Trade Policy (IATP). This is probably an underestimate as forest clearance for grazing and soya production is unlikely to be fully incorporated.

Action now might just help prevent the rise of antibiotic resistance, which could have major health implications as organisations as diverse as the WHO and HSBC have warned. According to HSBC, China is the largest user of antibiotics in agriculture with an estimated 60% of global use by weight. The collusion of meat producers and antibiotic manufacturers is one of the most toxic partnerships of our time.

Awareness of animal welfare issues associated with intensive animal production is growing and influencing consumer choice, if not investment decisions as yet. Perhaps, as with human slavery, the evolution in animal welfare thinking will happen, and when it does, our descendants may look back at us in the same way we now consider slave owners.

So, a triple win outcome is staring investors in the face. Who do we mean by the ‘global meat complex’? IATP, an independent research group, defines it as a highly concentrated (horizontally and vertically), integrated web of transnational corporations that controls the inputs, production and processing of mass quantities of food animals from the US, Brazil, China and elsewhere.

The five largest meat-producing corporations are JBS, Tyson Foods, Cargill, Smithfield Foods (now owned by the Chinese WH Group) and BRF (formerly known as Brasil Foods). According to IATP, JBS alone accounted for over 10m tons (carcass weight equivalent) of meat processing in 2009-10, which is more than the combined total of the world’s top 11 to 20 companies.

Each of these companies has used a mix of strategies to gain dominance: mergers and acquisitions; vertical integration of their supply chains (including product diversification and/or wholesale retail); and successful lobbying of governments that in turn negotiate trade deals that ease these companies’ access to foreign markets. Investors have rewarded these strategies handsomely.

Thankfully, some people are focusing on what investors should be doing, and the FAIRR initiative, founded by private equity manager Jeremy Coller, deserves credit. FAIRR is a global network of investors who are engaged on the risks (and consequent opportunities) linked to intensive animal production. It takes a pragmatic approach with the focus on how investors can safeguard the long-term value of their portfolios – including providing investors with an index on how 60 of the world’s largest animal protein producers perform on issues such as climate and antibiotics.

The initiative boasts $12.6trn (€11.2trn) of assets in its membership. This is less than the figure for Climate Action 100+ ($33.6trn), but given how long investors have been talking about climate issues, FAIRR is doing well with just three years of operation.

Similarly on animal welfare, there are ‘constructive engagement’ initiatives, such as the Global Coalition for Animal Welfare (GCAW). Closely linked is the Business Benchmark on Farm Animal Welfare (BBFAW). BBFAW’s founding partners are Compassion in World Farming and World Animal Protection, an international non-profit animal welfare organisation with a 30-year-plus track record. 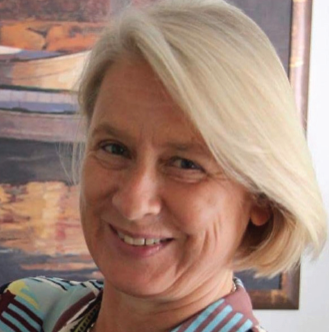 These organisations are as credible as they come and with a benchmark of tightening standards using credible and objective assessment criteria. It is therefore disappointing to read in BBFAW’s 2018 report that only 50% of food companies have stated aspirations in this area.

Animal production is intensifying. Even in areas that should be under the sharpest scrutiny, such as dairy production in the UK, intensification combined with zero-grazing and larger herds is resulting in sustained or increased rates of lameness, culling and mastitis. And remember animal welfare consciousness is more acute in the UK than elsewhere in the EU, and the UK is a small player (tenth in the league of milk producers).

There are countries, such as New Zealand, Brazil and Thailand, which produce meat for EU food retailers but where reliable data is not as available and we know conditions are worrying. If Donald Trump and the lobbyists he listens to have their way, the US will soon have unfettered access to UK markets.

The conclusion is clear: food companies, supported by or nudged (more realistically, poked hard) by their investors, need to lead and embrace all three issues around meat production – climate change, antibiotic resistance and animal welfare. Complaining that consumers are unwilling to pay is simply not good enough for companies and investors who have a serious desire to be considered responsible.

What this means is that deadlines for stopping unacceptable systems of meat production – using forest clearance for grazing, reliance on unethical and environmentally questionable soya for feed, zero grazing, high density broiler facilities, indoor pig breeding units, traditional veal production and so on – should be set now with progress monitored and verified. The good news is that investors could act as the transmission mechanism to make this change go global.

But if the fashion industry and ethical consumers cannot ensure that humane conditions apply in garment factories, do we really expect there will be enough consumers who are willing to pay extra for animal welfare in a way that turns the heads of profit-oriented company executives and investors?

The industry needs to lift minimum standards beyond aspirations and vague statements. We need clear commitments with target dates. Governments can act – as Canada has shown – and more would if powerful investors joined the fight and gave regulators and legislators the air cover they need if they are to take on the global meat complex.

What can make it imperative for more companies to take part? Part of the problem may be that firms like Cargill are wholesalers and therefore not easily influenced by consumers, so food retailers will have to police their suppliers’ welfare and related standards. BBFAW in parallel should tighten its criteria and increase the weighting on performance.

Individuals who work in the financial sector and who have changed their diets because of animal welfare or climate change concerns, could play a role in closing the gap between the talk and action of responsible investors. We would be happy to hear from them, in confidence of course.

Or are we all just awaiting for meat to be off the menu anyway in its present incarnation (pun intended) in the future, as vegetable and cell based alternatives to meat prove too powerful as competitors? Shares in plant-based meat manufacturer Beyond Meat were up over 600% in the aftermath of its May 2019 IPO. The shifts described above will affect companies far beyond meat producers. The World Benchmarking Alliance has identified 300 ‘keystone’ companies in the food and agriculture sector and there will be new winners and losers. Investors be aware.